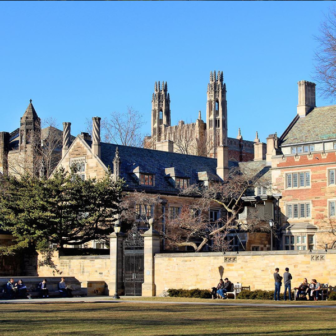 Washington – President Donald Trump on Thursday fulfilled a promise he made to conservative activists earlier this month by signing an executive order that makes federal research dollars for universities and colleges contingent on assurances of free speech on their campuses.

Trump said his new policy will send a powerful message to “professors and power structures” who want to keep young Americans “from challenging rigid, far-left ideology.”

“If a college or university does not allow you speak, we will not give them money,” the president said.

“I won’t get into implementation details but OMB (the Office of Management and Budget) will work with each agency on implementation,” an administration official said. “That will be coming in the next several weeks and months.”

Public universities, like the University of Connecticut, must already uphold the rights protected in the Constitution’s First Amendment. Private universities like Yale have leeway to set up their own rules around free speech. But an administration official said they must “comply with their stated institutional policies regarding free inquiry.”

“UConn does not have a free speech policy — the First Amendment is its guiding principle,” said UConn spokeswoman Stephanie Reitz. “Free speech is one of UConn’s bedrock values, regardless of the content of that speech.”

However, Reitz said, the university does regulate speech “that is not protected by the First Amendment – specifically such as true threats and harassment,”  through the Student Code of Conduct and a policy against discrimination and harassment.

Yale did not respond to a request for comment on Trump’s executive order, sending instead a link to a Wall Street Journal op-ed written by university President Peter Salovey in 2017 entitled “Yale Believes In Free Speech—and So Do I.”

“Yale does not censor invited speakers, nor does the administration discipline faculty members or students for the expression of ideas, no matter how unpopular,” Salovey wrote. “The answer to speech one finds offensive is more speech.”

Salovey also wrote “no invitation to any speaker has been withdrawn as the result of concerns about viewpoint or potential disruption,” adding that “a commitment to free speech does not mean that one has to think all speech is equally valuable, respectful or helpful to the educational mission.”

Conservative activists, however, say Yale and other universities are liberal bastions that value political correctness over free speech.

They point to a 2015 incident at Yale, where Professor Nicholas Christakis stepped down from his post as the head of a residential college– but retained his tenured teaching position — after confronting students who protested an e-mail sent to them by his wife, Erika Christakis. The e-mail questioned the school’s policy against various insensitive forms of behaviors, like wearing offensive Halloween costumes.

John Morgan, spokesman for Quinnipiac University, said the school does not have a free speech policy.

“But we are very supportive of free speech,” Morgan said.

Yale is among the top schools in the nation when it comes to federal research dollars.

The National Science Foundation ranked Yale 15th in spending on research, having spent more than $950 million in 2017, of which $541 million came from federal grants.

Trump initially proposed the idea to tie research dollars to free speech during a March 2nd speech to conservative activists, during which he highlighted  the case of activist Hayden Williams, who was punched while recruiting on the University of California, Berkeley campus in February.

While conservatives say universities discriminate against visiting conservative speakers, the schools say that when they allow controversial speakers to exercise their First Amendment rights on campus, they must do their best to defuse tensions and keep students safe.

Last year, UConn was criticized for its handling of an appearance by Ben Shapiro, author of  “Bullies: How the Left’s Culture of Fear and Intimidation Silences Americans.”

The school approved a request from the College Republicans for Shapiro’s appearance only after holding a so-called pre-event review process. It restricted access to the event and offered counseling to students who might be offended by Shapiro’s talk.

Lucian Wintrich was heckled at UConn when he tried a couple of months before that to deliver his speech, “It’s OK To Be White.” The event ended when a protester took his notes from the lectern and a fracas ensued.

Editor’s note: This story was amended on March 22 to clarify how much money Yale received in 2017 from federal research grants.