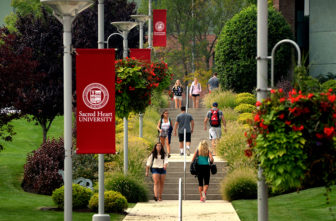 Washington – Connecticut Attorney General William Tong has joined 20 colleagues from other states demanding the U.S. Department of Education once again provide information the states say they need to weed out  ‘bad actors’ among lenders.

Nearly half of the states in the nation don’t agree.

“Connecticut and other state attorneys general have active investigations into bad actors in the student loan industry,” Tong said. “We rely on information disclosed by the Department of Education in these important investigations.”

Last summer, in a notice in the Federal Register, the U.S. Department of Education said state regulations of those loans, usually through state consumer protection laws, “impedes uniquely federal interests.”

“A requirement that federal student loan servicers comply with 50 different state-level regulatory regimes would significantly undermine the purpose of the direct loan program to establish a uniform, streamlined, and simplified lending program managed at the federal level,” the notice said.

Tong and the other attorneys general, led by Washington state, New Jersey and Colorado, wrote Secretary of Education Betsy DeVos that “student loan information is vital to our efforts to protect consumers from illegal, unfair, abusive, or deceptive practices by actors in the higher education industry, in which the department historically has been an important partner.”

But it’s not likely the attorneys general will receive the response they seek to their letter.

On Monday, U.S. Department of Education spokeswoman Liz Hill said “federal loans are federal assets and therefore must be controlled and regulated by the federal government.”

But the department’s inspector general issued a critical report in February that said the agency is incapable of auditing student lenders by itself.

The inspector general said the U.S. Department of Education has failed to keep watch over its loan servicers, allowing them to operate without being held accountable for not complying with their contracts.

It’s not clear what other steps the attorneys general will take to obtain the information on dozens of lenders the U.S. Department of Education pays to service $1.4 trillion in student loan debt. That information includes records of repayment plans, internal memos and other information used to aid investigations.

“Abruptly shutting off access to this information is an inexplicable gift to the bad actors in this industry, and a blow to students and consumers across the country,” Tong said.

Connecticut students leave college with the greatest school loan debt in the nation.

“The legislature has not appropriated money for that position, so we have been unable to fund it,” said Matt Smith, spokesperson for the Connecticut Department of Banking, the agency that oversees student loan services.

The U.S. Department of Education was also accused on Monday of failing to provide loan relief for students who have been defrauded — mainly by for-profit colleges.

The New York Times reported that the department neither approved nor denied any relief claims filed by students under the so-called borrower defense program from June to December 2018, even after a federal judge ruled that the Trump administration’s foot-dragging was illegal. The Times said that, because of the inaction, the number of pending claims has swelled to more than 150,000.