Legislators to Lamont: Time to fill in the blanks in your budget 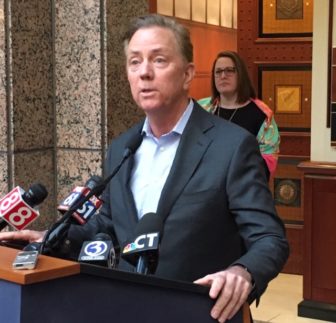 With just over a week left to propose their own state budget, legislators still are waiting for Gov. Ned Lamont to fill in some fairly pricey line items in his own plan.

Between an expiring tax on hospitals, a high-stakes dispute over Medicaid rates, and ongoing negotiations with state employee unions, there are unknowns worth hundreds of millions of dollars that lawmakers are struggling to work around.

“There are so many moving parts that we are still trying to address,” said Rep. Toni E. Walker, D-New Haven, longtime co-chairwoman of the Appropriations Committee.

“I think there is still considerable uncertainty on the committee, especially about the future of the hospital tax,” said Rep. Jason Rojas, co-chairman of the Finance, Revenue and Bonding Committee.

Democrats hold majorities in the House and Senate — as well as on the budget-writing committees — but they aren’t the only ones looking for information from the new governor. 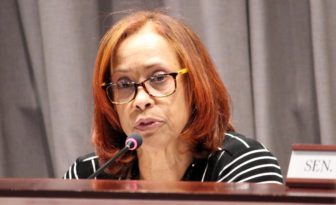 “Now is an important time for you as governor to set the tone for our state, to offer a balanced and gimmick-free budget proposal, and to be honest about your negotiations to achieve savings,” Senate Minority Leader Len Fasano, R-North Haven, wrote in a letter to Lamont late Tuesday afternoon. And unless certain details are filled in, Fasano added, “your budget still does not balance.”

Striving for a new relationship with hospitals

One goal Lamont set early in his administration was to end the contentious relationship that developed between his predecessor, Gov. Dannel P. Malloy, and the state’s hospitals.

That dispute was centered on a provider tax which began only as a tool to draw more federal dollars into Connecticut — but ultimately became a huge source of friction as hospitals lost hundreds of millions of dollars annually.

That friction led in 2015 to an industry lawsuit — which is still pending — that argues Connecticut’s budgetary policies violated federal Medicaid rules.

Lamont — who inherited a projected budget deficit of nearly $3.7 billion over the next two years —  then proposed canceling a planned tax cut worth almost $190 million per year to hospitals and replacing it with a $43 million annual increase. 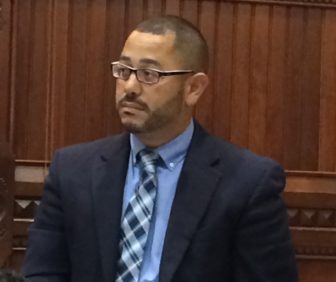 Lamont’s fellow Democrats in the legislature, acknowledging the deficit, said it would he easier to support the governor’s plan if he could resolve the outstanding lawsuit and Medicaid rate dispute.

“The Lamont administration is taking this as an opportunity to kick off a fresh start,” Melissa McCaw, Lamont’s budget director, told legislators during a February confirmation hearing. “It is not the intent of this administration to continue along that path.”

A spokesman for the governor’s budget office said Tuesday only that the administration remains in talks and is continuing to provide legislative leaders with regular updates.

Jennifer Jackson, CEO of the Connecticut Hospital Association, said that the tax relief adopted two years ago and due in July remains very important to the industry, but also confirmed that negotiations with the Lamont administration are continuing.

“We stand by the agreement we reached in 2017 and are opposed to the governor’s budget proposal, which increases the tax on hospitals,” Jackson said. “While we oppose the proposed budget, we are pleased that the administration is participating with us in budget and settlement discussions.

But both Walker and Rojas asked what their committees should do in the meantime.

Does the finance panel back a tax hike that rank-and-file lawmakers may oppose if the relationship with hospitals can’t be repaired?

What level of Medicaid funding does the Appropriations Committee recommend for the next two years, and how might a settlement of the disputed charges from 2018 be paid?

And these aren’t the only questions legislators need answered now, Fasano said.

Lamont’s budget counts on saving $50 million next fiscal year and $135 million in 2020-21 by making changes to state employee health care plans. Those are subject to ongoing negotiations with unions.

“We have not received an update from you regarding your progress in securing these savings through negotiations,” Fasano said.

Legislators did get an update involving another cost-savings initiative — but it wasn’t the kind they wanted.

Lamont told Capitol reporters two weeks ago that he won’t secure one concession he requested from unions — new limits on cost-of-living adjustments to pensions.

The governor said he still hopes to secure this giveback at some point, but added it’s unlikely to happen before legislators adopt the next, two-year state budget.

Lamont’s budget proposal counted on these COLA changes to stay in balance, assuming $26 million in savings next fiscal year and $28.6 million in 2020-21.

Lamont wants to scale back contributions owed between now and 2032, and then have a future generation of taxpayers cover those payments — plus the investment earnings the state would forfeit by not making the contributions on the original schedule.

This proposed deferral has sparked concern among legislators from both parties, who note it would smooth spiking payments — but do so by adding billions of dollars in costs to pension systems that already suffer from decades of inadequate funding.