The dredging would maintain maritime access to Electric Boat, Groton Sub Base 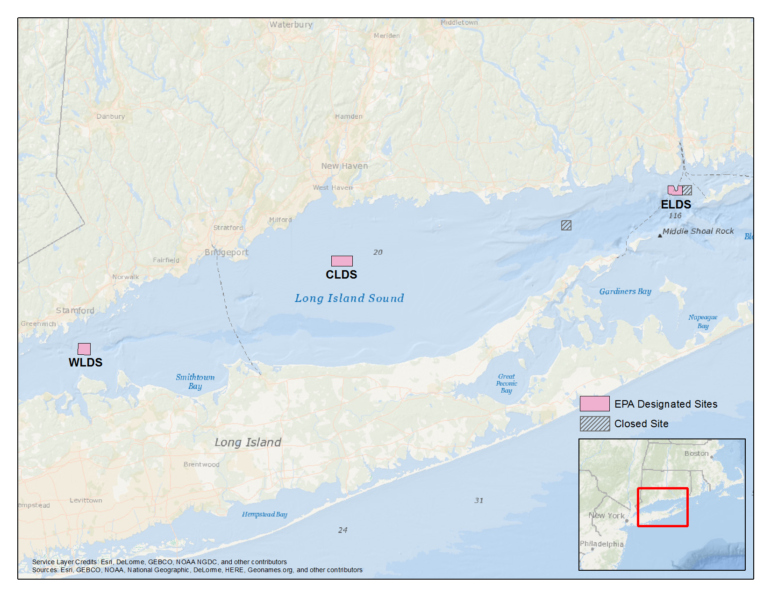 The disputed site off New London and Fishers Island is at far right.

Washington – A fierce court battle between Connecticut and New York over the state’s dumping of sediment in the eastern portion of Long Island Sound will come to a head this summer.

Connecticut says the new underwater dump site is needed to maintain the state’s economic development effort – including its lucrative submarine construction business at Electric Boat’s shipyard – and to keep Submarine Base New London off any future base closure list. The dredging is intended to keep harbors and navigation routes open.

New York says the site will be harmful to its ecology and tourism, and Connecticut could, and should, dump the material it dredges up somewhere else.

The feud between Connecticut and New York began nearly three years ago when the U.S. Environmental Protection Agency and Army Corps of Engineers proposed opening a 1.5-square-mile dump site between the mouth of the Thames River and the southeastern tip of Fishers Island.

Two other sites, in the western and central sound, were slated to close in December of 2016. The EPA decided to keep all three sites open for another 30 years. 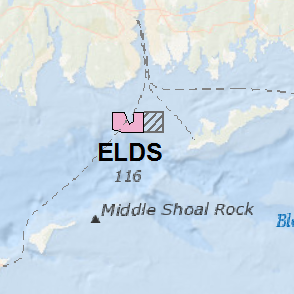 New York has no objections to the other dumping sites, but sued in the U.S. District Court for the Eastern District of New York to block disposal of sediment in the Eastern Site.

“EPA’s designation of the Eastern Site…  was arbitrary, capricious, an abuse of discretion, or otherwise not in accordance with law,” New York says in the lawsuit it filed to block the dumping ground.

The case will come to a head this summer Presiding Judge Edward Korman has given both states June and July deadlines to submit their final filings.

Connecticut says the other two sites in the sound lack the capacity to handle the full volume of dredged material long term and are much farther away. The state says transporting material to those other sites results in more pollution and congestion. But, because of the lawsuit, Connecticut has not been able to dump any dredged material in the Eastern Site.

“Connecticut is committed to environmentally responsible management of dredged material,” said Department of Energy and Environmental Protection Commissioner Katie Dykes. The DEEP is a defendant in the lawsuit, along with the EPA.

“The record is abundantly clear —the selection of the Eastern Long Island Sound Disposal Site was done properly and lawfully and must proceed,” Tong said. “Thousands of maritime jobs and billions of dollars in revenue depend on the ability to dredge and safely deposit materials.”

The state also argues that the Eastern sound disposal site is needed for security reasons because the U.S. Army Corps of Engineers found that without dredging, the ability to launch and build submarines in Groton “would be eliminated.”

New York says there is plenty of room in the two other disposal sites to store dredged material. It says the eastern part of the sound is part of a special estuary, a place where ocean saltwater mixes with freshwater from rivers and streams, providing vital nesting and breeding habitat for many species of fish and other marine life.

Lobstering is still done in Long Island Sound, though there are far fewer lobsters than in the past. 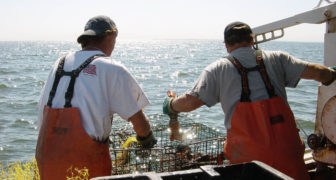 “Long Island Sound has been one of the most productive estuaries in the United States,” the New York lawsuit says. “While commercial fishing has significantly declined, the Sound remains a critical marine resource to New York and neighboring states.”

New York also says “disposing dredged materials in an estuary can present a significant risk of environmental harm,” because it is dredged from in and around rivers and harbors near sites of historic or current commercial or industrial operations that often contain toxic substances “injurious to the marine environment and humans.”

The lawsuit says Connecticut deemed the dredged material environmentally safe under the federal Clean Water Act, but not under the more stringent Ocean Dumping Act. It says lobsters and fish could bring toxins into New York waters as they swim across the sound.

In its most recent filing, submitted to the court last week, Connecticut said “there simply is not sufficient available disposal volume in the central and western sites to accommodate the needs from the eastern Long Island Sound.”

The federal court’s decision will have a sizable impact on the state’s economy, Connecticut said.

“The availability of the Eastern Long Island Sound Disposal site for use by eastern Connecticut maritime interests is essential to support the vitality of our marine economy in an environmentally responsible way,” DEEP’s Dykes said.