The 2019 legislative session was a quietly successful one for environmental issues, including those addressing energy and climate change.

In the absence of the kind of blockbuster policy revisions that overwhelmed legislators last year, most items made it through in some form or another with minimal drama and in spite of new committee leadership – some of it first-time legislators – who faced significant learning curves on technical and difficult subjects.

“Finally we are getting some of the bigger renewable energy options we’re going to need after last year’s goals,” said Leah Lopez Schmalz, chief program officer of Connecticut Fund for the Environment. “This year was some of the pathways towards those goals.”

Katie Dykes, commissioner of the Department of Energy and Environmental Protection, agreed.

“There’s a lot to celebrate,” she said. “What the legislature has put into our hands are some of the most powerful tools for reducing carbon emissions we’ve had yet.”

The two most celebrated were bills to increase the state’s commitment to offshore wind and correct problems with solar policy approved last year. 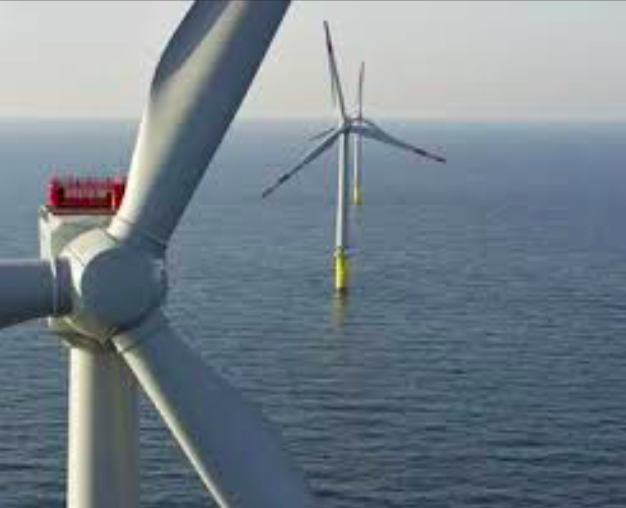 The offshore wind measure was designed to help the state better compete with neighboring states for offshore wind and the economic development that comes with it. It passed overwhelmingly in the House and unanimously in the Senate.

[Read about the full issue here and why there was such a strong push to pass the bill.]

The effort to correct last year’s clean energy bill began almost as soon as the measure passed. The problem involved how people with solar power in particular are compensated for the excess power their panels make during certain times of the day when the sun is strongest.

A plan to change the compensation method was opposed widely across the environmental activist community as well as by many legislators who voted for it at the time. It became must-pass legislation because the utilities said even if everyone loved the idea, they couldn’t implement it in time and because several popular solar programs would have expired without replacements.

That measure wound up linked to a Connecticut version of the national Green New Deal. Here it was called the Green New Economy and was envisioned to be more of a jobs and economic driver with a set of ambitious goals. But that piece of the legislation was watered down considerably, to the disappointment of many.

[Read about both components here.]

Advocates are already vowing to come back next year with a more robust package. In the meantime they consider the changes to the solar program a major win.

“Legislators couldn’t escape the reality of bad policy,” said Amy McLean Salls, Connecticut director and senior policy advocate of Acadia Center, who has fought for the revisions for more than a year. “It’s not incidental. It has to be deliberate. It has to be well done. They have to understand their policy could dictate the demise of the solar industry in this state.”

Sliding through almost unnoticed as part of the budget was what had been a separate measure to shore up electric vehicle adoption in the state. Its key components establish levels of zero emission vehicle adoption for state fleets – 50 percent of the new purchases of cars and light duty truck by 2030 and 30 percent of buses by then.

New legislation is moving the state fleet toward electric vehicles.

And it also sets up a dedicated annual $3 million funding stream to provide rebates under the Connecticut Hydrogen and Electric Automobile Purchase Rebate (CHEAPR) program and maintains the program through 2025.

Dykes attributed that to Gov. Ned Lamont’s commitment to fostering predictability for business in the state. That includes energy efficiency.

But advocates were disappointed that their effort to return some or all of the second year of those sweeps, failed. And legislation that would have expanded the Green Bank’s mission to include programs and financing for a host of other environmental infrastructure projects made it through the Senate but ran out of time in the House.

“Lack of diversion of funds is really big deal,” said David Sutherland of the Nature Conservancy, who also noted that no Passport to Parks money was swept again either. “Considering the ongoing budget challenges, I think it was a good year.”

Among other high profile measures – a ban on single use plastic checkout bags was passed as part of the budget. But it was not the comprehensive version worked out by a coalition of stakeholders and all the money it raised will go to the state. In the end it was unclear how effective the ban would be. [Read about the final version and how other plastics bans fared here. And read about the broader issues here.]

Dykes said her department would be reviewing the language and looking at how best to implement it. She called it a first step.

Passing at the last minute – after a spectacular failure last year – was the state water plan. While not providing specific mandates, it puts in place the state’s first-ever backbone for future actions around water policy.

The legislature passed an update to the existing ban on bringing waste from fracking operations into the state. While it passed unanimously in the Senate and with only one no vote in the House, there has never been any likelihood that such waste would be brought to Connecticut.

Similarly, the environment committee put a great deal of effort into a ban on offshore drilling in Connecticut coastal waters. It died in the House after passing the Senate, and would have been an entirely symbolic gesture since Connecticut has only minimal state waters in Long Island Sound with no opportunity for drilling anyway. And those waters do not border federal waters, which is where such drilling has been discussed by the Trump administration.

A measure to enable municipalities to establish resiliency funds to help them combat climate change also passed, but broader statewide policies on resilience to climate change were not included in other legislation.

Yes, there were disappointments, Schmalz said, as she rattled off a list of actions she would have liked to see come through the legislature. But she added: “I think we got some solid wins.”