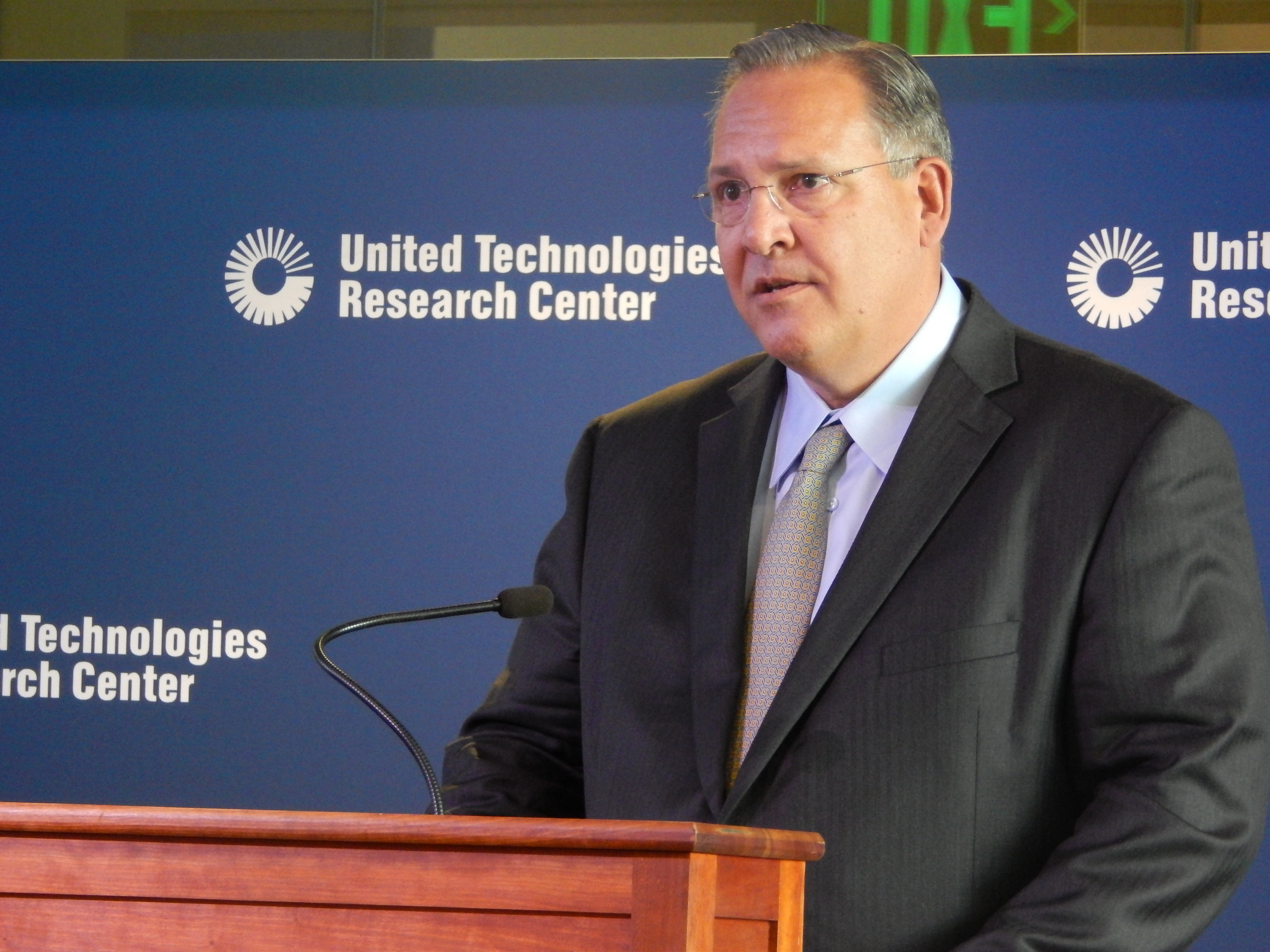 Gov. Ned Lamont said Tuesday that the headquarters of Otis Elevator will remain in Connecticut after its spinoff from United Technologies Corporation, and the conglomerate intends to hire 1,000 workers at UTC’s Pratt & Whitney facilities in the state.

Greg Hayes, the chairman and chief executive of UTC, shared that news with the governor in  conversations about the company’s continuing place in the state, given Sunday’s announcement that the company is merging with Raytheon Co. and moving its headquarters to greater Boston.

“In our conversations, Greg commended our work in crafting an honestly balanced budget, delivered on-time, without raising income tax rates. To that end, I’m excited that UTC has agreed to do two things to reinforce their existing presence in our state,” Lamont said.

“The first is that UTC intends to make 1,000 new hires at Pratt & Whitney in Connecticut over the next few years. The second is that Otis will remain in Connecticut upon spin-off and they are already hiring new employees for their headquarters in Farmington.”

With a huge backlog of orders for its jet engines, Pratt has been in a hiring mode for at least the past four years, struggling at times to keep even with the loss of retiring workers. It was not immediately clear if the 1,000 jobs represents an expansion of the workforce or the replacement of retirees.

UTC announced last fall it was spinning off Otis and Carrier, its heating-and-cooling subsidiary to focus on aerospace. UTC, Otis and Carrier all were based in Farmington. The Hartford Business Journal reports that Carrier’s headquarters will be in Palm Beach, Fla.

Since breaking the merger news Sunday when the markets were closed, the publicly traded UTC has been reassuring its Connecticut workforce of about 19,000 that it is not fleeing the state after its merger with Raytheon, which is based in the Boston suburb of Waltham, Mass. The new company will be called Raytheon Technologies.

“We want to emphasize, particularly for the benefit of United Technologies employees, this does not mean that we’re exiting operations in Connecticut and moving to Boston,” Hayes told industry analysts on a conference call Monday. “In fact, Raytheon Technologies will maintain a strong presence in Connecticut for years to come.”

The loss of the UTC headquarters to Boston is the second in recent years, following GE’s departure from a suburban campus in Fairfield to a site in the Seaport District of Boston. A common thread was a desire to be in an urban market with a deep technology workforce.

Raytheon is not far from the old Route 128, which was deemed “America’s Technology Highway” for the companies that located on the beltway.

“Connecticut punches above its weight in aerospace, defense, engineering, and advanced manufacturing,” Lamont said. “Our highly skilled talent, advanced manufacturing education programs, and ecosystem are ground zero for companies like Pratt & Whitney and Otis. No one is willing to walk away from that.”

In 2014, Lamont’s predecessor, Gov. Dannel P. Malloy, negotiated a deal that allowed UTC to use $400 million in unused tax credits to offset the investment of $500 million in four projects: