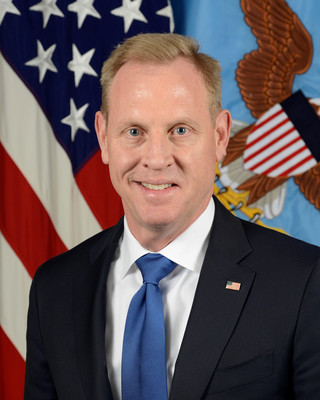 Washington – Sen. Richard Blumenthal said Patrick Shanahan should have disclosed the incidences of domestic violence that prompted the acting defense secretary to resign on Tuesday, calling the failure to disclose “potentially a violation of criminal law.”

As a member of the Senate Armed Services Committee, Blumenthal belonged to the group that vetted Patrick Shanahan in 2017 as part of his confirmation process for the job of deputy defense secretary.

“The nominee was under an obligation to reveal himself and this is potentially a violation of criminal law,” Blumenthal said during a press conference in the U.S. Capitol on election security bills.

Blumenthal also accused Shanahan of “lying to the Armed Services Committee, not to mention the president.”

President Donald Trump accepted Shanahan’s resignation Tuesday – but said he had not requested it – and named Secretary of the Army Mark Esper, 56, to be the new Acting Secretary of Defense.

While Shanahan, 56, is a former Boeing executive, Esper was once Raytheon’s top lobbyist.

Shanahan spoke to The Washington Post this week about incidences of violence in his family.

His wife was arrested after punching him in the face, and his son was arrested in a separate incident in which he hit his mother with a baseball bat.

Shanahan said he pulled his name from consideration for the top job at the Pentagon because disclosures of the incidents during the confirmation process would re-traumatize his young adult children.

The Washington Post said Shanahan rushed to defend his son William, then 17,  in the days after the teenager brutally beat his ex-wife with a baseball bat. Shanahan also wrote a letter two weeks later to prepare for his son’s court appearance, arguing William had acted in self-defense.

Shanahan told the Post he later regretted writing the memo.

Several Democrats on the Senate Armed Services Committee besides Blumenthal complained on Tuesday that they had never heard of the altercations.

“We’ve been wondering why we have not gotten an FBI report. It has seemed slow to us. And now we understand why,” said Sen. Tim Kaine, D-Va.

The FBI investigates all executive branch nominees, with special efforts made for high-ranking nominees and those in line for national security jobs.

USA Today reported Tuesday that the FBI has been examining a violent domestic dispute that occurred nine years ago at Shanahan’s Seattle home.  In that incident, both Shanahan and his ex-wife claimed to police they had been punched by the other.

Shanahan has served as the temporary head of the Defense Department since Jan. 1, when then-Defense Secretary Jim Mattis was forced out of office ahead of his planned February departure date.

Confirming Trump’s new pick for the job could take months since Congress is in recess for the month of August and the new nominees is likely to receive heightened scrutiny.

Blumenthal press secretary Maria McElwain said “our main focus now is on the President’s ongoing failure to institute strong, permanent leadership at the Department of Defense.”