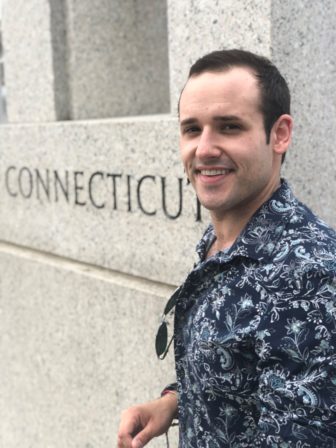 Tommy Gilmer, 28, a commercial roofer from Madison, is running for the 2nd District seat that has been held since 2007 by Rep. Joe Courtney.

“As a young millennial who has decided to buy a home in Connecticut, this is the best way to double down on my commitment to the state,” said Gilmer of his decision to run for Congress.

Although he’s never run for Congress before, Gilmer said he has had an interest in politics since he was a child, and ran for a school board seat in Cleveland, Ohio against his girlfriend’s father when he was 18. 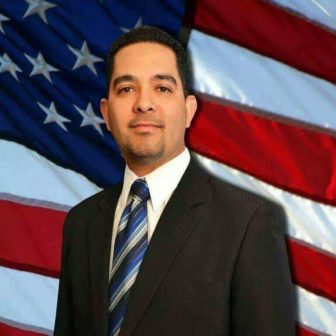 To Gilmer, the sprawling, mostly rural  “Quiet Corner” of Connecticut is different from other parts of the state and has special needs, including a greater emphasis on worker training and special programs in high school to turn out skilled workers.

“This is a working-class place,” Gilmer said of the area he hopes to represent in the U.S. House.

Ruben Rodriguez, a Waterbury Republican, did not wait for much more than a month after Rep. Jahana Hayes was sworn in to represent the 5th District before he decided to challenge the Democratic freshman.

Born and raised in Puerto Rico, Rodriguez said he has been involved in politics since he was 12-years-old, when he helped his father run a neighborhood organization in the town of Jayuya.

But he acknowledges that Connecticut politics “are a little bit different than in Puerto Rico.”

Rodriguez , 42, moved to Connecticut almost 20 years ago and, if elected, would be the first Latino representing the state in Congress. He currently works for the City of New Britain as a meter technician for the city’s Water Department.

A former Waterbury city plan commissioner, Rodriguez ran unsuccessfully in 2014 for a seat in the general assembly.

He said he is disappointed in Hayes’ support for the Green New Deal.

Sullivan, 59, retirired from the Justice Department after 30 years of service at the end of June. He filed his candidacy with the Federal Elections Commission a few days later.

Incumbents like Hayes, who lives in Wolcott, are usually most vulnerable in their first bid for re-election.

But Hayes had more than $600,000 in her campaign war chest as of March 31, and likely has much more campaign cash on hand now. She also has been identified by the Democratic Congressional Campaign Committee as one of 44 House Democrats who will receive special help through the organization’s Frontline Program, which is aimed at helping the most vulnerable incumbents.