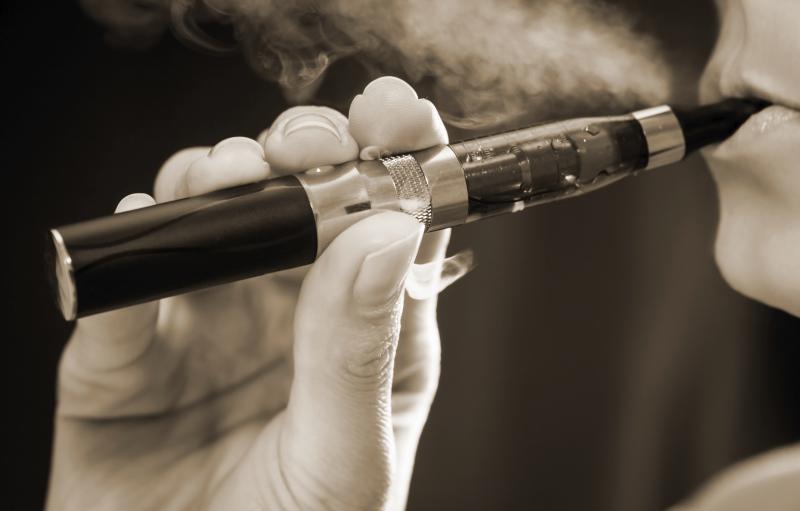 The CDC and the Connecticut Department of Public Health are urging physicians to be on the lookout for respiratory issues potentially associated with vaping or e-cigarette use.

State officials are investigating two cases of severe respiratory symptoms that health experts say may be related to vaping or e-cigarette use.

The Department of Public Health said two Connecticut residents have been hospitalized with respiratory issues including shortness of breath, fever, cough, vomiting and diarrhea.

Officials say both patients admitted to vaping and e-cigarette use with both nicotine and marijuana products.

“Vaping for both nicotine and marijuana related products is on the rise in our state and nationally – especially among young people – so these cases are a real public health concern,” DPH Commissioner Renée D. Coleman-Mitchell said in a statement.

Connecticut joins other states like Illinois, Wisconsin, New York, California, Indiana and Utah, where similar cases have been reported and are now being investigated by federal agencies.

The U.S. Centers for Disease Control and Prevention is looking at 94 possible cases of unexplained pulmonary illness across 14 states, according to a statement last week.

Patients have experienced symptoms of cough, shortness of breath, fatigue, headaches, dizziness and chest pain. People reported vaping in the weeks and months prior to being hospitalized, according to the CDC.

No one product has been identified as the cause for these respiratory cases across the country, nor has there been a conclusive link between the illnesses and vaping products, but federal officials said that they are investigating with local health experts.

The CDC and the Connecticut Department of Public Health are urging physicians to be on the lookout for respiratory issues potentially associated with vaping or e-cigarette use, and to consult pulmonologists for these patients.

“People with a history of vaping who are experiencing breathing issues should seek medical attention or contact their provider as respiratory conditions can continue to decline without proper treatment,” Coleman-Mitchell said.

Barbara Walsh, supervisor of DPH’s Tobacco Control Program, said experts are concerned about the increasing use of e-cigarettes, especially among teens.

About 14 percent of high school students in Connecticut reported using e-cigarettes in 2017, according to the state’s Youth Tobacco Survey. Just 7.2 percent of students reported doing so in 2015.

“There are still many health concerns associated with e-cigarettes including high levels of nicotine and chemicals,” Walsh said in a statement. “Youth who become addicted are more likely to have future addiction to both tobacco and other substances.”