Lamont on immigration: ‘I feel a lot more urgency’ 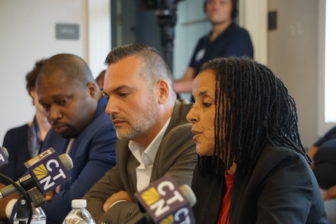 New Haven — Gov. Ned Lamont was told Thursday that fears about a Trump administration rule permitting homeland security officials to deny green cards to legal immigrants who accept public assistance already are rippling through this city of immigrants, weeks before its effective date.

Uncertainty about the reach of the new “public charge” rule are making immigrants wary of  seeking health-care under Medicaid, food through SNAP or education for themselves or children, activists said.

“This is an invisible wall that isolates people of color and poor people,” said Kica Matos, the director of the Vera Institute’s Center on Immigration and Justice. “People are terrified.”

Rep. Toni Walker, D-New Haven, whose off-session job is assistant principal of adult education in the city, said enrollment in language and other classes that prepare immigrants for citizenship are down 45 percent over the previous semester. 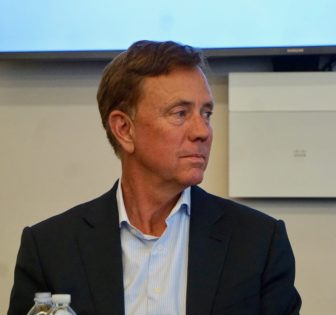 Lamont left the meeting saying that  his administration must become more aggressive about helping immigrants understand the new rule before it takes effect on Oct. 15.

The meeting was organized by Attorney General William Tong, whose opposition to the policies of President Donald J. Trump come in near-daily affirmations. Lamont generally has been more circumspect, a recognition that governors often need things from Washington.

In April, Lamont was a rarity: An elected Democratic official who declined to assail Attorney General William P. Barr over his handling of Robert S. Mueller’s investigative report about the president. “I’m focused on Connecticut,” Lamont said then.

But Lamont spoke out forcefully last month when the Trump administration published a final version of the public charge rule, and he readily accepted Tong’s invitation to a roundtable discussion Thursday at the Fair Haven Community Health Care.

“It’s got to impact my state,” Lamont said, asked how he chooses when to take issue with the president. “I’ll let the federal guys take care of the issues that don’t directly impact my state. I’m governor. That’s where my priority is.” 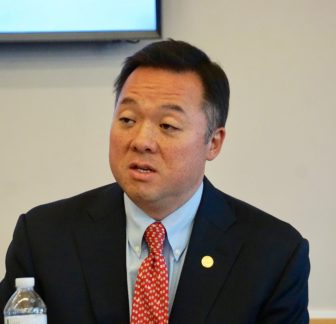 Tong said the federal government long has held the power to deny green cards to immigrants deemed to be at risk of becoming a “public charge.” Since 1999, that meant an immigrant who was “primarily dependent on the government for subsistence.”

It was a bar to few immigrants, since Congress already had restricted the availability of means-tested public assistance to non-citizens, whether they had a green card or not. The new rule would allow the denial of a green card to anyone deemed “more likely than not” to use certain public benefits in the future.

Deirdre Gifford, the state’s commissioner of social services, said a “public charge” denial could be triggered if someone has received one or more listed benefits for more than 12 months in any three-year period. Those benefits include Medicaid, food stamps, general assistance, Supplemental Security Income and Section 8 housing, though there are exceptions for minors.

Gifford said the receipt of two benefits in one month counts as two months.

Mayor Toni Harp said anything that discourage people from seeking health care was short-sighted: Anyone who goes untreated with a contagious disease is a threat to the public.

“They are going to be scared to do anything,” Tong said