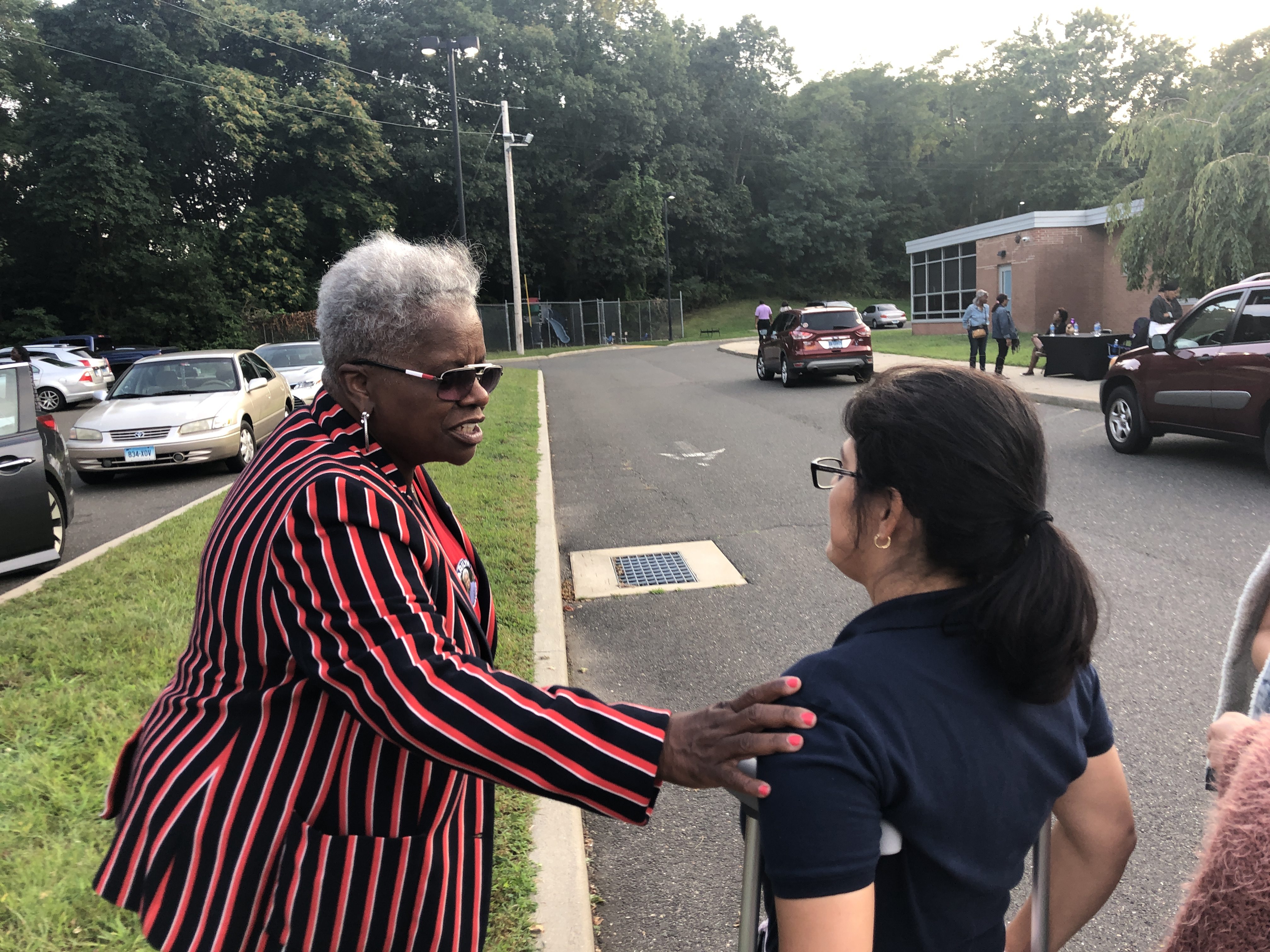 State Sen. Marilyn Moore, D-Bridgeport, has informed Secretary of the State Denise Merrill that her mayoral campaign intends to file a formal complaint of absentee-ballot fraud with Merrill’s office and the State Elections Enforcement Commission.

In a letter sent Friday evening and released Monday, Moore makes no specific allegation of wrongdoing in her close loss last week to Mayor Joseph P. Ganim, instead saying that the lopsided absentee vote for Ganim defies belief.

“My opponents (sic) campaign received an astonishing 932 absentee votes to my 303. In total, approximately 12% percent of total votes cast came through absentee ballots. A number of experts agree it is extremely high and unusual,” Moore wrote. “It is an open secret that the Bridgeport Democratic Town Committee abuses the absentee voting process to manipulate the outcomes of elections.”

Moore won on the voting machines, but lost by 270 votes once the absentee ballots were tallied. Unofficial results showed Ganim winning, 5,304 to 5,034.

The State Elections Enforcement Commission has the investigators and jurisdiction to investigate allegations of fraud. Merrill’s office does not.

To file a complaint with SEEC, Moore’s campaign needs someone willing to allege in a sworn statement a specific violation of state elections law. Moore says her campaign is aware of several claims of improprieties.

“We are doing our due diligence to substantiate these claims and intend to file an official complaint with your office and the State Elections Enforcement Committee,” Moore wrote.

Moore also seemed unwilling to accept that Merrill’s office has no jurisdiction.

“Your office must take substantive action to ensure the integrity of Bridgeport elections,” Moore told Merrill. “It is not enough to say you can’t do it. It is your job, as well as your moral and civic obligation to stand up and fight for democracy. The time is now to end absentee ballot abuse in Bridgeport.”

Her letter does not suggest what substantive action Merrill should take, and Moore and her campaign manager, Gemeem Davis, did not return calls for comment.

Moore told The Hartford Courant in May that she wanted state supervision of absentee balloting in Bridgeport.

“Placing an election administration expert in a town to ensure that Connecticut election laws are followed to the letter, as our office has done successfully in Hartford in the past, would require legislation to be passed by the General Assembly,” Rosenberg said. “We would be happy to work with Senator Moore should she decide to introduce such a proposal.”

Special language authorizing oversight of Hartford elections was placed in the 2015 budget in response to a series of election-day snafus in 2014, including the failure to have voting lists prepared in time for the election.