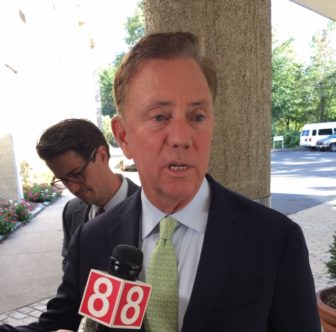 Gov. Ned Lamont telling reporters that the flap over the meals tax would be resolved administratively.

Gov. Ned Lamont’s administration unveiled  tax guidelines late Thursday that narrowed the Department of Revenue Service’s original interpretation of a budget provision that adds one percentage point to the 6.35 percent sales tax on meals and prepared foods on Oct 1.

In a memo aimed at grocery stores, DRS  essentially advises them to apply the new 7.35 percent sales tax rate on prepared foods only to items already subjected to the sales tax, as legislators have said was their intent.

“The DRS initially interpreted the 2019 legislation to add certain circumstances where the tax would be applied,” Scott Jackson, the commissioner of revenue services, wrote to Lamont. “However, when the entire statute is read as a whole, it becomes clearer that the General Assembly did not expand the applicability of the tax, but simply increased the existing tax.”

Jackson’s letter defends the professionalism of his staff, but gives no information of how it reached the conclusion that a 69-word budget provision raising the sales tax on meals also expanded the list of taxable items. Lamont has said the DRS did not share the original policy statement before it was published.

The budget provision in question does two things: Effective on Oct. 1, it increases the sales tax on meals by one percentage point, from 6.35 percent to 7.35 percent; and it explicitly lumps in grocery stores with restaurants and caterers when it comes to the taxation of meals. Supermarket meals and certain prepared foods have been taxed since 2002 under a previous DRS policy statement.

These include prepared foods served as part of:

The DRS also formally revoked previous instructions to apply the sales tax hike to any prepared foods sold elsewhere at the grocery store and paid for at a traditional checkout counter.

These earlier guidelines had lawmakers and Lamont worried consumers would be paying higher sales taxes not only on meals, but a wide array of desserts, snack treats, washed-and-bagged vegetables, and other items routinely found in supermarket aisles.

“The original guidance created by DRS was too broadly interpreted and not reflective of what was intended when the budget was passed,” Lamont said Thursday evening. “Businesses and residents depend on the guidance from these policy statements to better understand the real-world impact of legislation, and the update provided today gives a more accurate indication of how the statute on prepared foods should be applied. I felt it important to act swiftly, but thoughtfully and thoroughly to ensure that what was enacted was implemented.”

The tax hike was described when legislators adopted a new state budget in early June as a straightforward boost from 6.35 percent to 7.35 percent on restaurant food and “prepared meals” sold at grocery stores and certain other retailers. But when DRS released its first written memo to retailers earlier this month advising them  how to apply the surcharge, it covered a much wider range of prepared foods — regardless of where in the supermarket they were sold.

These items included Popsicles and other frozen treats, doughnuts and bagels, pizza slices, hot dogs, smoothies, power bars, a hot bag of popcorn, and even pre-packaged bags of lettuce and spinach. Whether sold as part of a takeout or catered meal, something to be eaten on the premises, or even if taken off regular supermarket shelves — it didn’t matter.

Republicans have called for a special legislative session to change the budget provision on the meals tax, presumably by striking the words “grocery store.” But the administration said the incorrect interpretation was an administrative mistake easily correctable by administrative action.

Senate and House Republicans cried foul at the original policy statement regarding the tax increase on meals, arguing many of these items might not be thought of as a “meal.” The GOP also accused Lamont and his fellow Democrats in the legislature’s majority of orchestrating a “money grab” that would harm low- and moderate-income households.

Initially, both Lamont and Democratic legislative leaders responded simply by saying Republicans were hardly in a position to criticize. Democrats had made many difficult choices, they said, while successfully closing a projected $3 billion-plus deficit in the new state budget without increasing income tax rates. Republicans offered no alternative.

But things intensified late last week when the legislature’s nonpartisan Office of Fiscal Analysis revised its estimate on how much revenue the surcharge would generate. 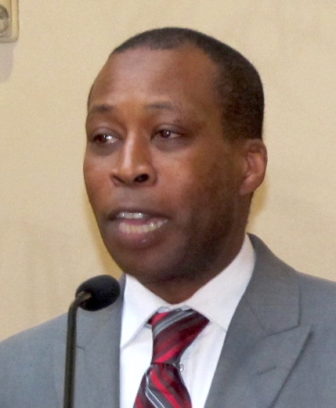 Based upon the original policy statement, OFA projected the tax would generate $158 million over this fiscal year and next — nearly 40 percent  more than lawmakers anticipated. By 2020-21, consumers would pay more than $90 million per year.

And on Tuesday, so did Lamont. He announced DRS had been ordered to redraft guidelines for Connecticut merchants that applied the tax to a narrower scope of prepared foods.

Republican legislative leaders stood by their call for a special session Thursday.

“We need to come into special session to fix this mess,” she said. “The Democrats passed this law in June to tax groceries — it is in their budget that was signed by the governor.”

Actually, the budget provision refers only to increasing the sales tax on meals and beverages served for immediate consumption, including those sold in grocery stories, and not groceries generally.

The language describes the higher rates as applying “to the sale of meals… sold by an eating establishment, caterer or grocery store; and spirituous, malt or vinous liquors, soft drinks, sodas or beverages such as are ordinarily dispensed at bars and soda fountains, or in connection therewith.”

“I appreciate the revised guidance, but this is nothing more than a temporary pause. It is not a permanent fix,” Fasano said.

“The fact that the DRS commissioner admits that there are different interpretations of how the tax can be imposed demonstrates the need to fix the law,” he said. “If Democrats won’t call a special session to actually repeal their grocery tax now, it must be addressed in the regular legislative session next year. Otherwise all taxpayers are still at risk in all future years depending on which ‘interpretation’ state leaders choose to follow.”

The Republicans, however, did not object to the taxation of meals at supermarkets under the 2002 policy statement, even though it carries the same weight as the revised 2019 statement. It has been public tax policy for 17 years.