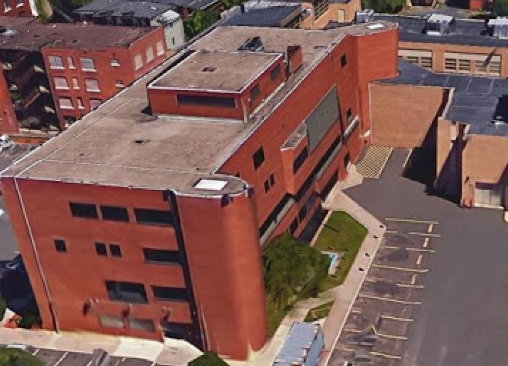 The Juvenile Detention Center and courthouse in Hartford, which holds both pre-adjudicated youth and those who have already been sentenced.

In 1993, a lawyer at the Center for Children’s Advocacy brought a lawsuit challenging, among other things, the conditions of confinement at the state’s  juvenile detention centers. Four years later, the court approved an agreement that resulted in the Emily J. Consent Decree, part of which required the state to retool its educational services for juvenile detainees.

“We thought it was fixed back in 1997,” said Martha Stone, the lawyer who filed the lawsuit all those years ago. “And here we are again 22 years later, dealing with the same issues.”

The challenges of teaching children in the justice system are legion. According to a report published in 2018, Connecticut’s education system for children in the justice system is a patchwork of state and local actors. That system, the report concluded, is unwieldy, lacks standards that would allow for monitoring and accountability, and fails to help minors transition back to their communities once they’re released.

“We thought it was fixed back in 1997. And here we are again 22 years later, dealing with the same issues.”

The Juvenile Justice Policy Oversight Committee (JJPOC) has been tasked with fixing the problem. The committee is working on a plan to strengthen the quality, monitoring and coordination of vocational and academic services at Manson Youth Institution and the Hartford and Bridgeport juvenile detention centers, as well as those who are sent to community placement centers. 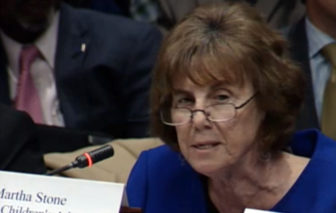 Martha Stone has been fighting to improve educational services for juveniles in the criminal justice system since 1993.

“Education is the ticket out. And if we can elevate educational opportunities for this population to a level that it deserves, then it will provide the opportunity for kids to stay out of the juvenile justice system, and ensure their success,” said Stone, who is now the executive director of the Center for Children’s Advocacy. “They are students first. They are not juvenile delinquents first.”

But the challenges faced by troubled youth extend beyond detention, experts said. Children whose lives intersect with criminal courts are disproportionately racial and ethnic minorities. Many of their home communities have school districts that are under-resourced and underperforming, like Hartford, Bridgeport, New Haven and Waterbury.

Some have argued that young people get better services in detention than they did in their home districts.

“They’ve already been left behind by the time they get to this system,” said Abby Anderson, the executive director of the Connecticut Juvenile Justice Alliance. “They’re finally getting small classrooms, and much more individualized treatment because they’re mostly coming from districts that don’t have the kinds of supports and services that wealthier districts have.” 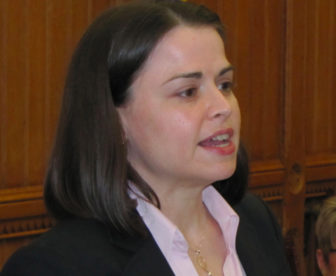 Anderson has brought this point up before, asking colleagues on JJPOC, “Why is this the first time that, let’s be honest, young black men are getting access, finally, to decent [vocational tech programs,] decent education, is after they’ve been incarcerated?”

“No matter how good we improve the quality inside, the kids are going back to the poor performing districts on the outside,” she said.

Given the inequities in the quality of their schools in their home districts, asked Sen. Dennis Bradley, D-Bridgeport, during a recent JJPOC meeting, wouldn’t children be best served by keeping them locked up until they finished their degrees?

“Would it make sense if we had a position, where we said, ‘Well if this is the best place where students learn, where young people learn, they shouldn’t leave this facility until they finish high school, until they finish vocation, until they can prove they have some sort of further education so they can leave the facility, and not return to another facility like that as an adult’?” Bradley asked. “Would that make sense that we do that as a policy to make sure that students continue to be in the best place where they can be facilitated and learn and nurtured and everything else?”

Anderson emphatically rejected that notion, as did Department of Correction Commissioner Rollin Cook.

Cook’s agency oversees its own legally vested school district, U.S. District 1, with 150 staff members in 14 facilities. It serves about 5,000 students every year, and has an average daily enrollment of more than 1,700 students, a small portion of whom are juveniles held at Manson Youth Institution.

“We’re trying to show you what we can do on the inside, but I certainly don’t want to keep someone incarcerated just to finish their education.”

JJPOC formed an education subcommittee in 2018 comprised of members from Bridgeport and Hartford school districts, DOC, and the Court Support Services Division of the Judicial Branch, among others. Officials also contracted with Peter Leone, a University of Maryland professor known for his research on access and equity of services for marginalized youth.

Leone delivered a preliminary presentation to JJPOC in mid-October on how to improve educational services for children in the justice system. He said Connecticut is smart to invest money now to improve its programs, before a lawsuit forces its hand.

“Much better to put that money, proactively, into services and supports for those kids,” he said, noting that such an investment pays dividends because “education is crime prevention.”

Leone proposed creating an independent school board for a special school district that educates incarcerated and court-involved children.

“There needs to be someone who doesn’t work for the agency that is in a position to hold the education and others accountable for service delivery,” he said. 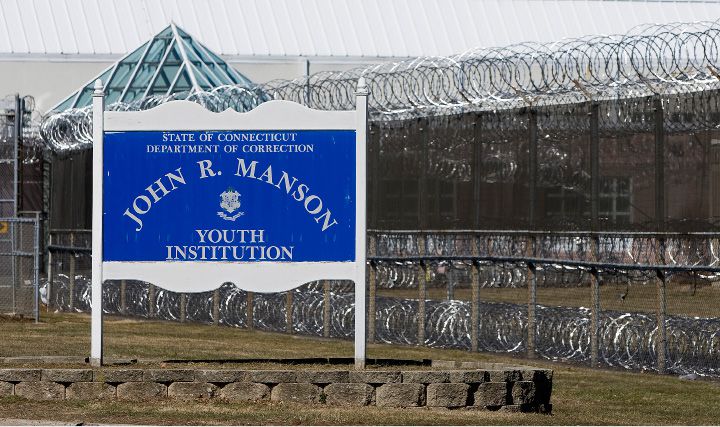 Manson Youth Institute in Cheshire, which held 43 juveniles as of August.

Leone also suggested developing a framework for education accountability that includes the perspectives of teachers, courts, security personnel, the special education department and local school districts. Other proposals include reporting student performance data and establishing explicit expectations for those involved in transitioning youth into, and out of, court placements.

“Kids coming out of juvenile justice have trouble making those transitions because the schools don’t want them back because they’re considered bad actors and low performers,” Leone said.

Anderson agreed about the importance of attacking the problem next session.

“We really need a sense of urgency from the entire legislature this year to make sure that the system gets the resources it needs in order to boost up these community programs that are wrapping around young people and families, that the young people and families, some of whom are here today, are telling us that they need,” Anderson said. “They know what they need. They just haven’t been getting it.”