A small bit of data at a juvenile justice meeting caught William Carbone’s eye recently: there were just 43 young boys confined at the state’s high-security prison in Cheshire.

“Three years ago this month, in July 2016, we had 76, said Carbone  the executive director of Tow Youth Justice Institute. “Every time we look at this, there’s fewer and fewer kids there, which is a good thing.” 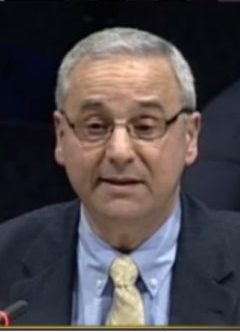 Manson currently holds more than 300 boys and young men between the ages of 15 and 21. In order to be sent there, the young people must have committed, or be accused of, a crime serious enough to land them in the adult criminal justice system. But the number of sentenced and presentenced juveniles sent to Manson before their 18th birthdays has dropped dramatically over the last decade.

In the state’s 2007-2008 fiscal year, there were 1,491 such teens admitted to Manson. Ten years later, 105 juveniles were admitted to the facility, an almost 92% decrease that juvenile justice experts attribute to a combination of factors, including a change in state law that took some 16- and 17-year-old offenders out of the adult prison system and a slew of diversionary programs intended to support, not punish, young people who have run afoul of the law.

“People are all over the map in terms of their politics on criminal justice,” said Sen. Gary Winfield, a New Haven Democrat and member of JJPOC. “But what I don’t think anyone disagrees on is, touching the system in any way increases the likelihood you will get deeper into the system.”

Keeping young people out Manson spares them the trauma of being held in the adult criminal justice system. Earlier this year, Manson was the subject of a scathing report conducted by the Office of the Child Advocate that attacked the facility’s substandard conditions of confinement. Among the OCA’s concerns were the use of chemical agents on youth, lack of access to education and mental health services, solitary confinement, and scant policies and procedures to prevent self-harming or suicidal behaviors.

Such conditions, Winfield said, give members of JJPOC two objectives: to keep juveniles out of prisons like Manson, or limit their exposure to the adult criminal justice system so it inflicts as little damage on their futures as possible.

Manson’s declining juvenile population is partially due to the law the legislature passed in 2007 that allowed 16- and 17-year-olds to be prosecuted by the state’s juvenile justice system. According to a 2017 newsletter from the University of New Haven’s Tow Youth Justice Institute, more than 8,000 16-year-olds were removed from adult prosecution and punishment between January 2010 and June 2012. The number of 17-year-olds in Connecticut prisons decreased by 62% between 2007 and 2012.

“Raising the age of the juvenile justice system’s jurisdiction exposes 16- and 17-year-old youths to a wider array of diversion program and alternative options that are intended to steer them away from deeper penetration into the justice system,” Pelka said, indicating that such policies and programs could spare young people from winding up in the criminal justice system when they’re adults.

“The theory was if you give kids two more years of access to juvenile justice, maybe they’ll get it, and at 18 they aren’t still committing crimes, so they don’t end up at [Manson],” said Abby Anderson, the executive director of CT Juvenile Justice Alliance.

An expansion of diversion programs for juvenile offenders can be transformative for younger members of the family, Anderson added. Perhaps very young boys will be less likely to end up in the criminal justice system by watching their older siblings benefit from mental health services or juvenile review boards.

“Who we see in jails and prisons is a reflection of a host of factors that are outside of that facility’s control,” he said.

Still, Pelka noted, “I think there is a general awareness in Connecticut that secure confinement is less effective at reducing recidivism than interventions that address the root causes of criminal justice system involvement.”

Manson has also seen a sharp drop in its population of “youthful offenders,” a status extended to minors who committed certain crimes before they turned 18. There were 173 youthful offenders in the prison on July 1, 2008, according to data provided by the Department of Correction. On July 1, 2018, there were 61.

To qualify, juveniles must not have any previous felony convictions or certain juvenile adjudications. They must also have committed a crime serious enough to land them in the adult criminal justice system,  but not serious enough to make them ineligible for the protections afforded under the youthful offender classification.

Qualms aside, the number of youthful offenders at Manson has fallen precipitously between 2008 and 2018. “It almost doesn’t make sense to have it anymore,” Lawlor said of the status, questioning whether those young people might better be served by keeping their cases in the juvenile justice system.

Anderson took note of the number of youthful offenders serving short sentences. “If we’re going to put kids in the adult system because their crime is so severe, and then they’re going to get a sentence of less than a year, why was it so important that we treated them like adults?” she asked.

There aren’t just fewer juveniles being held at MYI; there were 46% fewer 18-20-year olds at the facility in July 2019 than there were in July 2010, according to the DOC’s monthly age distribution data.

“That population, because of its brain development, has a higher recidivism rate, and also a higher rate of institutional misconduct inside facilities,” Pelka said of adults in their young 20s. “Connecticut has emerged as a leader in creating specialized services and programs for that 18-21-year-old population.”

To Anderson, MYI’s declining juvenile population is encouraging, but she won’t be fully satisfied until there are zero minors held at the prison. State data suggests black juveniles are more likely than their white peers to be transferred to adult court when charged with similar crimes.

The transfer process, Anderson said, has a racial element, making it inherently problematic. “It’s bad public policy if it’s not a race-neutral policy,” she explained.

The adult system is also not equipped to rehabilitate young offenders. If a teachers calls out sick or the prison is placed on lockdown, those youth do not have access to education on that day. Minors can be held accountable for their crimes and still get access to therapeutic services that make them less likely to run afoul of the law in their future, Anderson said. Those children don’t need to be sent to the adult system.

“If our goal is safer streets, less crime,” Anderson said, “you’re taking very young impressionable kids and putting them in an environment that is not set up for them.”