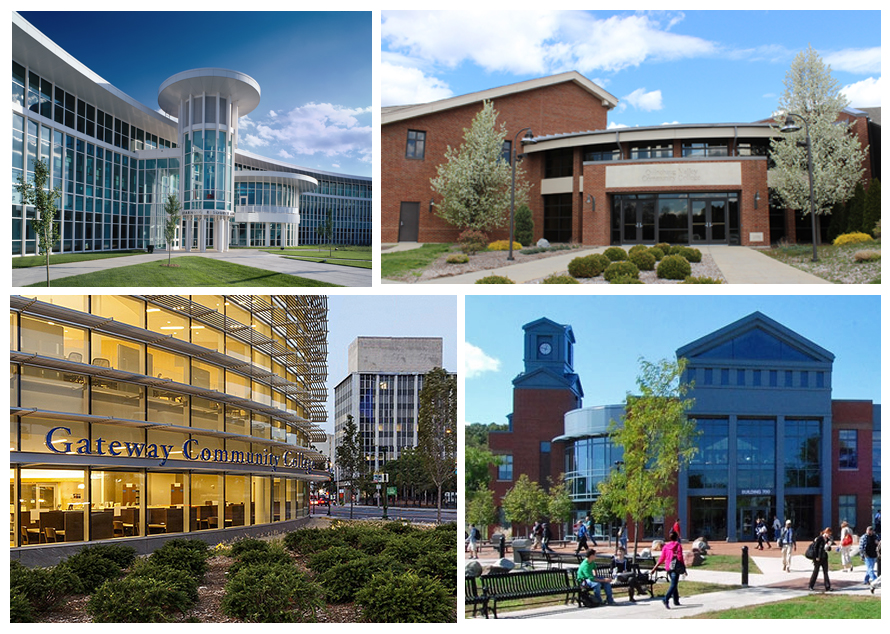 Not long ago, when Connecticut State Colleges and Universities officials were asked about the shockingly low graduation rates for community colleges, they would quickly cite all the reasons the numbers did not accurately reflect the quality of the schools.

But lately CSCU President Mark Ojakian has been leaning into those same low numbers and offering them as evidence the state needs to consolidate all 12 community colleges into a single institution.

At a legislative forum on the consolidation in March, Ojakian spoke about the merger, saying,  “I fundamentally believe that if we don’t make changes as we’ve discussed here today, that students will be left behind.”

While some schools may flourish with “budget surpluses” and a “completion rate above 16 percent,” which he noted is the statewide average rate for the community colleges, Ojakian said, “that’s not fair to everybody in our community colleges.”

He has repeated this message a few times since then, most recently in October when he told legislators that despite “heroic efforts by individual colleges over the years, outcomes, especially for students of color continue to lag behind those of white students in most key performance indicators. For all our students, graduation rates, completion rates, and success rates are not as high as those in our neighboring states.”

CSCU President Mark Ojakian has changed his argument for consolidation.

While no one would disagree with Ojakian that graduation rates should be improved and the achievement gap closed, some faculty members who have opposed Students First — as the consolidation plan is called — say they are surprised to see the emphasis on graduation rate numbers that all agree are flawed.

In addition, they say Ojakian seems to have shifted his sales pitch for the merger plan from emphasizing the financial benefits to improving student success and closing the racial and ethnic achievement gap evident in graduation rates.

Lauren Doninger, a professor at Gateway Community College, is one of those faculty members who questions the use of the graduation rate — 16% — as reported in federal data.

“The rate should be better, but the way the data is gathered does not do justice to the complexity and diversity of our students,” said Doninger. “The other issue is this narrative that keeps changing.”

“I fundamentally believe that if we don’t make changes as we’ve discussed here today, that students will be left behind.”

Like some other members of the faculty, Doninger said the initial justification for consolidation seemed to be “all about money. We need to do this so we don’t close campuses.”

Now, she said, “it’s the equity agenda and the things we have to do to fix our graduation rates.”

Stephen Adair, a faculty member at Central Connecticut State University, who served for years as a faculty representative on the governing board of regents for the CSCU system, said he  has observed “shifting rationales and justifications for Students First. It’s a continuing evolving of what those justifications are. I certainly say yes to finding ways to address the achievement gap, though to be honest I fail to see anything that Students First does to address that.”

Last spring’s community college graduation rate for white students was 21%, compared to 12% for Hispanic students and 8% for black students.

The plan to consolidate the 12 community colleges emerged in October, 2017 after years of discussion among Board of Regents’ members about the need to restructure the system to avoid insolvency due to declining enrollment and eroding financial support from the state.

“I certainly say yes to finding ways to address the achievement gap, though to be honest I fail to see anything that Students First does to address that.”

But while the financial troubles did appear to be the catalyst for the proposed merger, CSCU spokesman Leigh Appleby said the intention from the beginning was to make the system financially sustainable so that students could be better-served and all 12 campuses could remain open.

“Do we have to solve some pretty significant financial issues? Absolutely. Will this put us on a pathway toward fiscal sustainability? Absolutely,” said Appleby.  “But we have to, in everything we do, put the success of students first and that’s what this had always been about.”

From the start, Ojakian’s plan has been to trim administrative positions and invest savings into faculty and staff who work directly with students. The projected annual savings for 2023 when the consolidation is expected to be in place is $20.7 million — about 4.1 % of the community college system budget. State officials estimated two years ago that the savings would be $28 million. Ben Barnes, chief financial officer for CSCU, said that since then $2 million to $3 million has already been saved through attrition.

A key component of the Students First plan is a new program called “Guided Pathways,” which CSCU leaders hope will improve outcomes for students of color.

Still, several faculty members said they were surprised when, during the March forum on consolidation, Ojakian told legislators that “the primary focus of this is not on saving money, saving money is an important component of it, but it really is about student success number one.”

“I remember it and so does every person who closely follows consolidation. He had been saying it was about saving money and then the pivot was stunning,” said Elle Der Mark, a faculty member at Asnuntuck Community College. “We sat stunned that day.”

“[Ojakian] had been saying it was about saving money and then the pivot was stunning. We sat stunned that day.”

William Gammell, director of research and system effectiveness for the CSCU system, has long criticized the way the federal data system, known as IPEDS, calculates the graduation rate for community colleges because it only counts first-time, full-time students who graduate within three years of enrollment in the fall. If a student starts in the spring or transfers to a four-year college without getting the  two-year associate’s degree, he or she is not counted toward the community college’s graduation rate.

Nor is the transferring student included in the graduation rate of the receiving school, even if he or she does graduate. In addition, the rate doesn’t account for the many community colleges students who attend part time over many years or enroll to take just a few classes.

Gammell said the IPEDS rates were based on the old model of students enrolling in four-year colleges and proceeding to graduation without a break, often with parents supporting them.

“If you look at higher education as you go down the track of selectivity, enrollment patterns become much more chaotic, because students have to stop to make more money, then they come back to school,” he said. “In the world these kids live in, if they have a dead [car] battery, they may have to think about whether they are going to go second semester or not.”

Gammell prefers to look at the “success” rate, which combines the graduation rate with the percentage of students who transfer to other schools. The average “success rate,” if calculated for the system, is more than twice as high, at 34 percent.

However you calculate the graduation rate, Gammell said, there’s “oodles of room for improvement. There’s nothing to be blowing your horn on with that. We want to improve dramatically.”

“If you look at the graduation rate or the ‘success rate,’ if you look at either one of them, we’re not where we want to be,” he said. “We’re institutions that are built on access and affordability and we do a really good job there. The professors, the staff we have on campus do yeoman’s work … but we still find major, particularly non-academic, barriers to graduation and you know the success rates tell a story. They tell a story and that’s what we need to improve.”