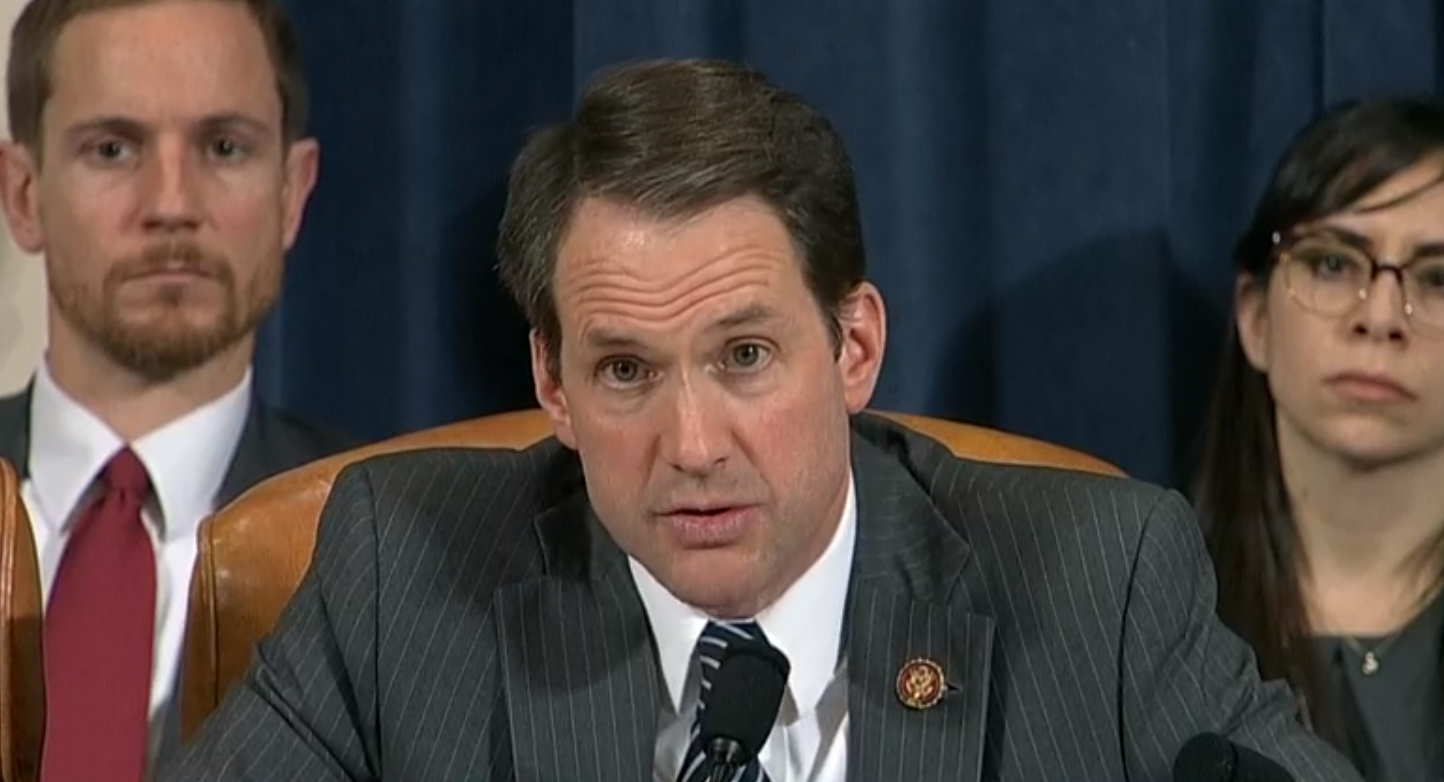 Washington – Rep. Jim Himes, a member of the House Intelligence Committee that has had an outsized role in President Donald Trump’s impeachment inquiry, urged Americans on Tuesday to read the panel’s conclusions – that the president has committed “high crimes and misdemeanors” that are impeachable offenses.

“The American people heard in the open hearings, and should read for themselves once again in this comprehensive report, that President Trump abused his power and undermined United States national security to extort a vulnerable foreign power into investigating his political opponent for his personal political benefit,” Himes said.

The Intelligence Committee released a 300-page report Tuesday that says Trump placed his political interests above national interests in his conduct toward Ukraine – pressing the other country’s leader to investigate a political rival – former Vice President Joe Biden – in exchange for the release of U.S. military aid.

But the report does not recommend specific articles of impeachment.

“We have gathered overwhelming evidence that the President’s July 25th phone call with the President of Ukraine, firing of ambassador (Marie) Yovanovitch, and the accompanying efforts by his designees, both inside and outside the State Department, represent a violation of his oath of office and high crimes and misdemeanors,” Himes said.

He said it now falls to the House Judiciary Committee “to take this evidence and decide whether to file articles of impeachment.”

Himes and the other members of the intelligence panel voted late Tuesday along party lines, 13-9, to turn over their report to the Judiciary Committee, which will take up the reins of the impeachment inquiry on Wednesday with a hearing featuring witnesses who are experts in constitutional law.

The intelligence panel’s report provides Democrats on the Judiciary Committee with a road map to impeachment.

Besides laying out the argument for abuse of power, the report details what it says is the White House’s obstruction of Congress.

It points out an article of impeachment drawn up against former President Richard Nixon that focused on his failure to comply with subpoenas. The report said Trump went even further in his defiance of Congress.

“No other President in history has issued an order categorically directing the entire Executive Branch not to testify before Congress, including in the context of an impeachment inquiry,” the report said. “President Trump issued just such an order.”

Himes said the blocking of key witnesses, as well as the failure to turn over documents requested by Congress, was unacceptable.

“If that is the new normal, then say goodbye to our system of checks and balances,” he said.

The report provides details of the web of administration contacts concerning Ukraine and builds a case against the president with the help of testimony from State Department and intelligence agency officials – and Trump’s own words, contained in a partial transcript of a phone call between the president and Ukrainian President Volodymyr Zelensky.

Most of the information has already been made public, but the report also provides new details, including phone logs and records.

The report said the president’s top aides, including Vice President Mike Pence and acting chief of staff Mick Mulvaney, “had knowledge of, in some cases facilitated and furthered the president’s scheme (in Ukraine)  and withheld information about the scheme from the Congress and the American public.” 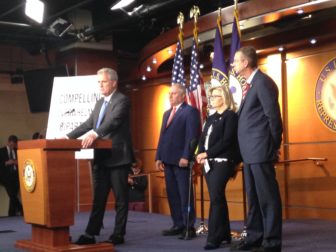 The report also delves into the role played by Rep. Devin Nunes, R-Calif., the top Republican on the Intelligence Committee and one of Trump’s chief defenders.

The report includes the records of several telephone calls between Trump’s personal attorney, Rudolf Giuliani, and Nunes in April, as the campaign to dig up dirt on Biden and the former vice president’s son, Hunter, and oust Yovanovitch was ramping up.

Giuliani was tasked with urging the Ukrainians to investigate the Bidens and find evidence Ukraine had tried to hurt the Trump campaign in 2016.

“It doesn’t raise any concerns. I don’t have a problem with Devin speaking to individuals,” McCarthy said.

In advance of the Democrats’ report, Republicans on the Intelligence Committee released their own 123-page study that says Democrats have failed to establish any impeachable offenses. The GOP lawmakers say there was no wrongdoing by the president and no quid pro quo in relation to Ukraine.