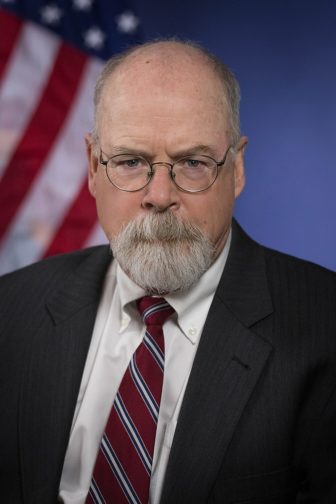 Washington – Connecticut U.S. Attorney John Durham on Monday said he disagreed with some of the conclusions of a Justice Department inspector general who determined the FBI had an “authorized purpose” and did not act out of political bias when it initiated its investigation into Trump campaign ties with Russia.

Durham, who has been tasked by U.S. Attorney General William Barr to conduct his own investigation, is now the president’s best hope of proving the FBI and former special counsel Robert Mueller conducted  “witch hunts” when they probed Russian meddling into the 2016 election.

Inspector General Michael Horowitz spent a year investigating the origins of the FBI probe into the Trump campaign,  examining more than one million documents and conducting more than 170 interviews involving more than 100 witnesses in a case dubbed “Crossfire Hurricane.”

In a report released  Monday, Horowitz rebutted accusations by President Donald Trump and his allies that the FBI investigation, and a subsequent probe by Mueller were improperly initiated. He also debunked charges the FBI was motivated by political bias and had illegally spied on Trump advisers.

Durham had an immediate reaction to Horowitz’s 434-page report.

“I have the utmost respect for the mission of the Office of Inspector General and the comprehensive work that went into the report prepared by Mr. Horowitz and his staff,” Durham said in a statement. “However, our investigation is not limited to developing information from within component parts of the Justice Department. Our investigation has included developing information from other persons and entities, both in the U.S. and outside of the U.S.”

Durham said that, based on the evidence his team has “collected to date, and while our investigation is ongoing,” he told Horowitz last month “that we do not agree with some of the report’s conclusions as to predication and how the FBI case was opened.” 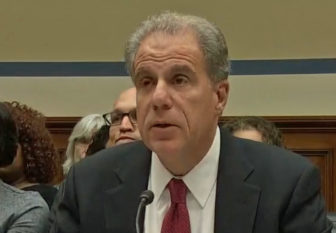 Durham did not say which conclusions he disagreed with. He has traveled overseas with Barr, who was seeking evidence that the FBI began its investigation using tainted information and informants.

Democrats on Monday said the IG report demolished “right wing conspiracies” that the investigations were no more than political attacks on the president.

Although Horowitz said the FBI was right to open its investigation, he also determined there were major errors in how the agency conducted the probe. He also said FBI officials repeatedly decided to emphasize damaging information they heard about Trump associates, and downplay exculpatory evidence.

“…we do not agree with some of the report’s conclusions as to predication and how the FBI case was opened.”

Barr seized on these criticisms to insist “the FBI launched an intrusive investigation of a U.S. presidential campaign on the thinnest of suspicions, that, in my view, were insufficient to justify the steps taken.”

“It is also clear that, from its inception the evidence produced by the investigation was ‘consistently exculpatory’” Barr said.

But the president and his allies did not get the results they wanted from Horowitz – which is that the probes of the Trump campaign’s link to Russia were “witch hunts.”

So, even before Horowitz released his report, Trump said what really matters is Durham’s “investigation into the investigators.”

“I do think the big report to wait for is going to be the Durham report,” the president said last week. “That’s the one that people are really waiting for. And he’s highly respected.” 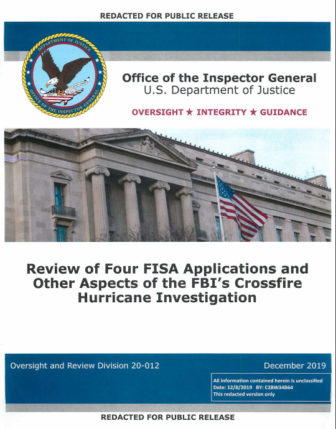 Trump also said “I don’t know Mr. Durham. I’ve never spoken to him. But he’s one of the most respected law enforcement or U.S. attorneys anywhere in the country.”

“He’s a tough guy,” the president said. “He’s had an incredible track record.” Trump has also called Durham’s probe “one of the most important investigations in the history of our country.”

“The Attorney General’s gratuitous attack today on the FBI, echoed by a statement from his handpicked investigator, is designed to undermine the independent conclusions of the Inspector General,” Schiff said. “It is further evidence — if we needed any after Barr’s misrepresentation of the Mueller report — that AG Barr is not in pursuit of the truth, but rather doing the President’s political bidding.”

Durham has enlisted CIA Director Gina Haspel and FBI Director Christopher Wray, both Trump appointees, to help with the task of investigating their own agencies. He has been tight-lipped about his work.

One thing is known however. Connecticut’s U.S. Attorney has also himself investigated the FBI and CIA in the past.

Durham led an inquiry into allegations that FBI agents and Boston police had ties to the mob, and was appointed special prosecutor by the Obama administration to look into “enhanced interrogation techniques” in the torture of detainees.  The investigation into the deaths of two detainees was closed with no charges filed.

In 2008, Durham also was tasked by then-Attorney General Mukasey to lead an investigation into the CIA’s destruction of interrogation tapes. Durham closed the investigation without recommending any criminal charges be filed. Durham also led a series of high-profile prosecutions in Connecticut against the New England Mafia and corrupt politicians, including former Gov. John Rowland.