In voting for USMCA bill, DeLauro finally finds a trade pact she likes 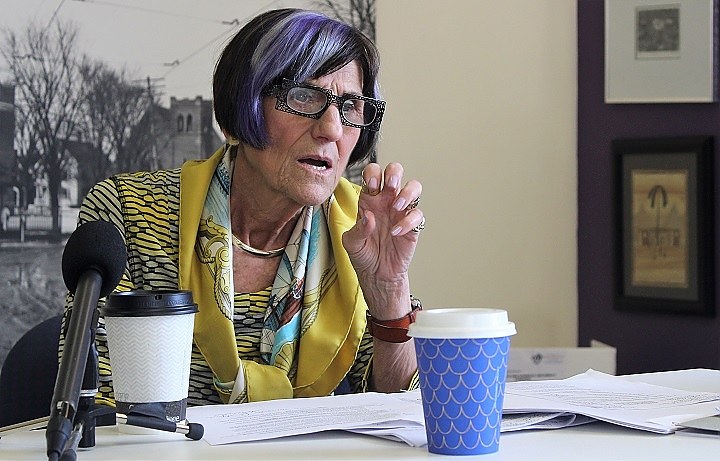 Washington – Rep. Rosa DeLauro broke her long-standing tradition of opposing major trade deals on Thursday by voting with the rest of the members of Connecticut’s congressional delegation for the U.S. Mexico Canada Agreement.

DeLauro strongly opposed the trade pact’s predecessor, the 25-year-old North American Free Trade Agreement, and helped sink a more recent agreement with Pacific Rim nations. But in a letter sent to her colleagues before the overwhelming, bipartisan 385-41 vote for the USMCA, she said concessions made by the White House had won her support.

“I worked to ensure that wages and income in the United States and our trading partners did not get further suppressed. I worked to ensure labor and environmental standards were protected and strengthened,” DeLauro wrote. “I was determined to make sure that any new trade agreements did not undermine U.S. wages and salaries, accelerate outsourcing, or continue to hurt working people.”

DeLauro, and fellow Democrat Rep. John Larson, were both part of a nine-member working group created by House Speaker Nancy Pelosi to negotiate changes in the USMCA with the White House.

Yet Pelosi said she would take credit for the deal, because what Trump initially proposed would not have won House approval.

She also said she did not care if the pact’s approval resulted in “collateral benefit to the president.”

The changes in labor, environmental, enforcement and pharmaceutical provisions secured the backing of U.S. labor, giving Democrats a path to supporting the agreement. 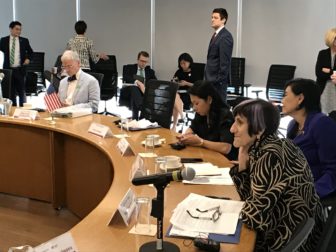 Rep. Rosa DeLauro and other House members meeting with Mexican officials about the USMCA earlier this year.

But DeLauro cautioned “it is vital, however, to remember that in many important ways this agreement falls short.”

“It lacks the robust climate standards that Democrats know our planet needs, the labor and environmental terms could be even stronger, and the agreement should exclude limits on consumer protections for food and product safety,” she wrote her colleagues. “It is important to understand that regardless of the President’s rhetoric, this agreement will not bring back U.S. manufacturing jobs.”

Rep. Jim Himes, D-4th District, said negotiation over the USMCA “has brought together the most unlikely of allies in support of a truly modern and progressive trade agreement.”

He said 1,046 Connecticut manufacturing firms, or 27% of the state’s total, export to Canada and Mexico, and that 8,821 manufacturing jobs in the state depend on North American trade.