Lamont, other Connecticut officials vow to take on housing segregation 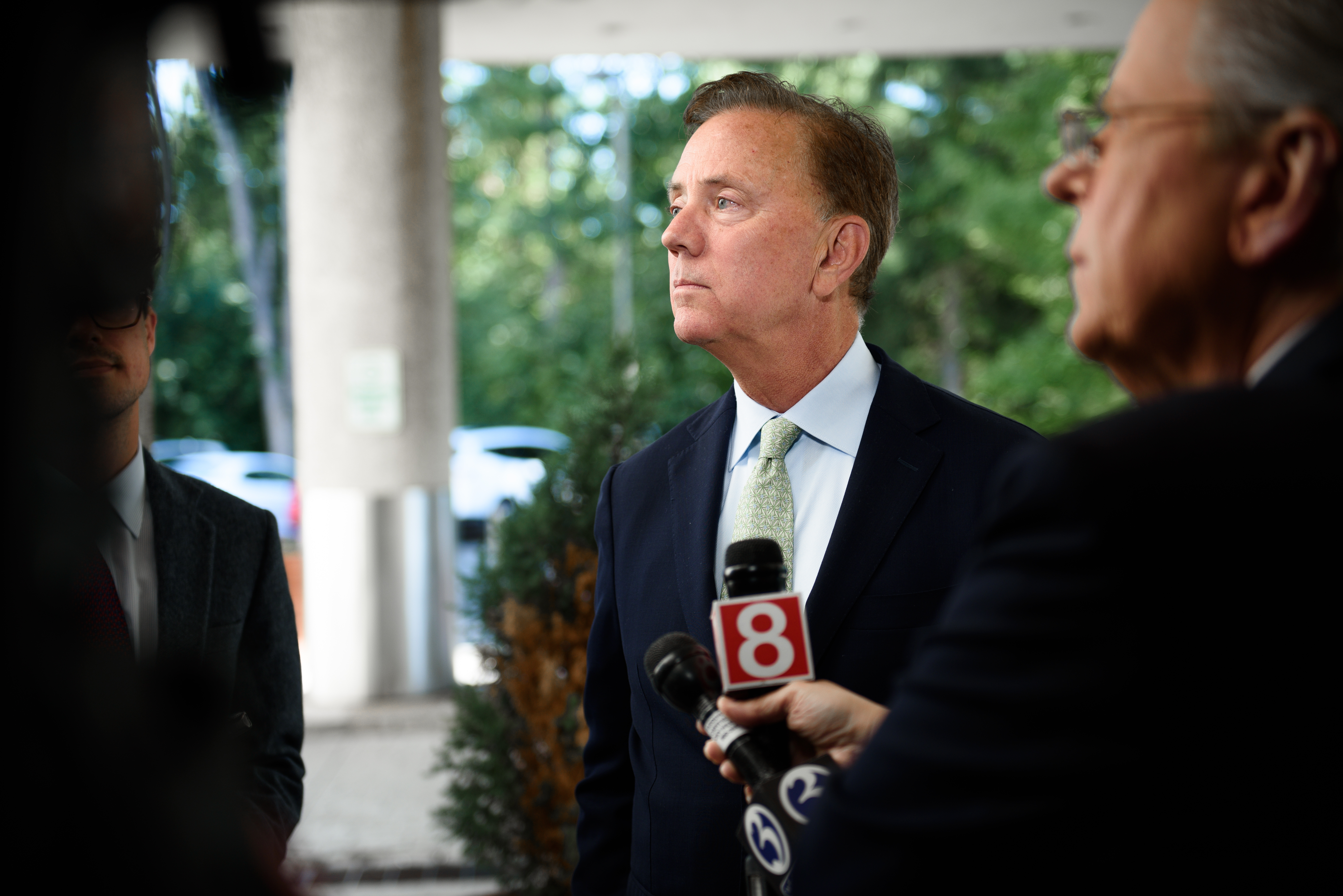 Gov. Ned Lamont answered questions from the media at the 30th Annual Conference of the Affordable Housing Alliance in Cromwell, last September.

This article was produced in partnership with Propublica through the Local Reporting Network.

Frustrated with the lack of options for low-income families in Connecticut’s tony suburbs, the governor and the leader of the state Senate are calling for new measures to entice towns to build more affordable housing.

Gov. Ned Lamont, a Democrat, said that he is poised to tie state spending on transportation upgrades in affluent communities — such as new or renovated train stops — to local approval of more affordable housing projects.

“If you want some funding for that transportation hub, I want affordable housing to be a big part of that,” the governor said.

The comments, made during a wide-ranging interview taped Wednesday for the CT Mirror’s “Steady Habits” podcast, follow a series of articles published by the Mirror and ProPublica showing the lengths wealthy towns have gone to block affordable housing, and by extension the people who need it. These exclusive zoning requirements have rendered Connecticut one of the most segregated states in the nation.

The governor’s comments appear to be a retreat from his administration’s previous stance, which emphasized local control, and came as other leaders in the state demanded action.

Senate President Pro Tem Martin Looney, a Democrat from New Haven, said that breaking up pockets of poverty will be a priority in the legislative session that begins in less than two weeks.

“There are too many communities in this state that have ignored their obligation entirely to accept some affordable housing,” Looney said. “We have to break through the hypocrisy of the reasons that people give in many cases for not supporting family housing in their communities.

“We have to continue to bear witness to the fact that we do not have the degree of affordable housing that we should,” he continued. “And that communities should not be able to rely upon local zoning and local practices to the extent that they are right now, to bar the development of that in their communities. It’s an issue where the needs of the state need to take precedence over the needs of — or the wishes — of individual towns.”

Looney’s remarks came during a press conference the Senate Democratic Caucus held Thursday to unveil the top issues they plan to take on this legislative session.

“We have to continue to bear witness to the fact that we do not have the degree of affordable housing that we should. It’s an issue where the needs of the state need to take precedence over the needs of — or the wishes — of individual towns.”

The mayor of Hartford, a city where 39% of the housing is reserved for poor people, said the state needs to abandon policies that have left neighborhoods throughout the city segregated.

“We talk always in our cities about combating poverty and trying to help families lift themselves up, but the truth is that we have a high poverty rate in our communities, in part, because we have — by policy — made this a community that can only be poor,” Mayor Luke Bronin said during a press conference last Friday in Hartford’s Clay Arsenal neighborhood. 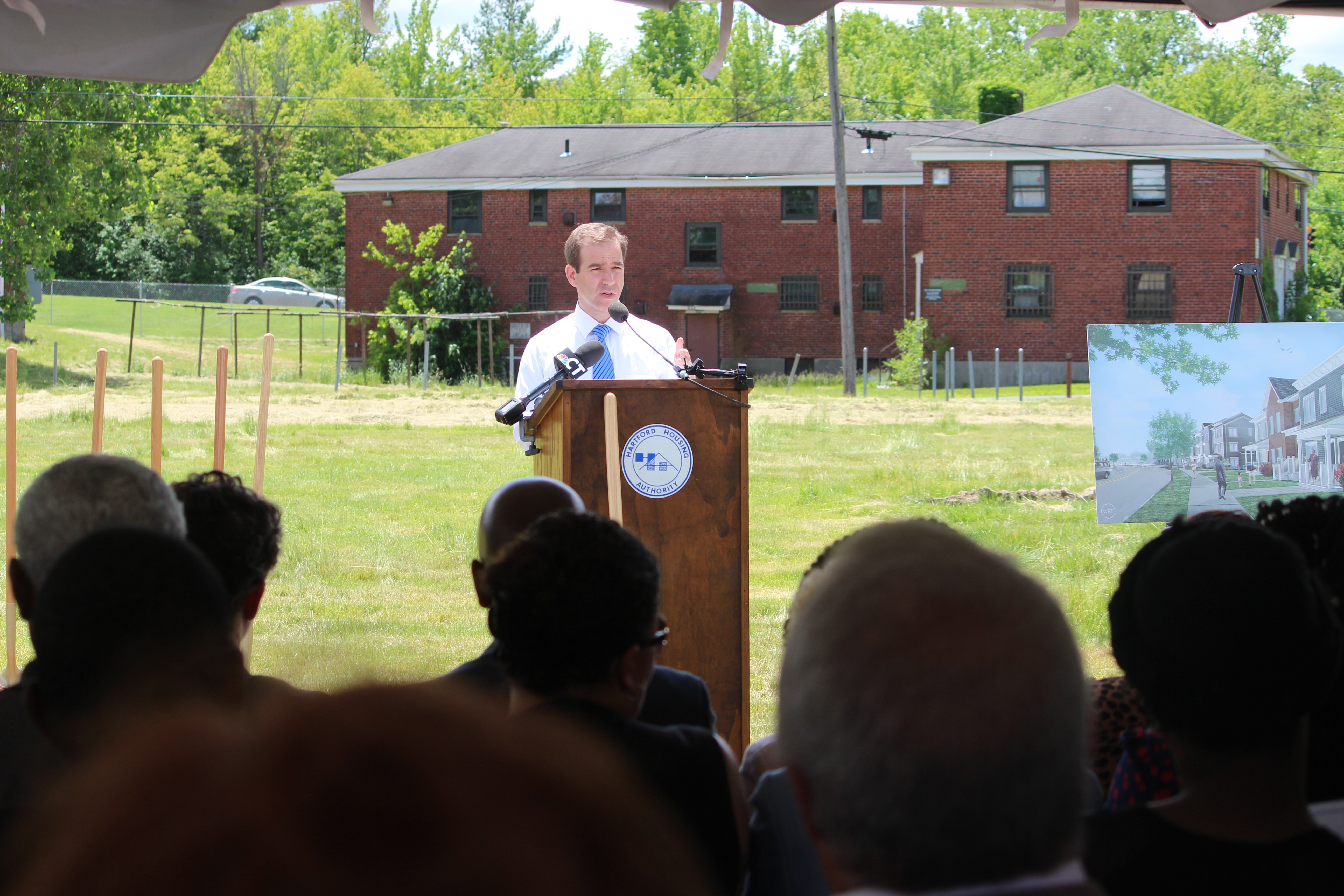 It was the first time that Bronin, just two weeks into his second term, publicly focused on housing policy that has fueled the concentrated poverty in Connecticut’s cities. The press conference, called in response to local residents’ simmering frustrations with their housing conditions, gave the mayor a venue to air his concerns.

“I’ve thought about this for a while, but the more time I spend in this office, the more I see the profound consequences of our policy choices on housing, and on development, that have resulted in some of the starkest disparities you’ll find anywhere in the nation,” Bronin said in a subsequent interview.

“The more time I spend in this office, the more I see the profound consequences of our policy choices on housing, and on development, that have resulted in some of the starkest disparities you’ll find anywhere in the nation.”

Bronin was joined last Friday by Connecticut’s U.S. senators, Chris Murphy and Richard Blumenthal, both Democrats. They called on the U.S. Department of Housing and Urban Development to build more mixed-income housing in Hartford, instead of focusing on housing entirely reserved for the poor. They also asked the federal agency to raise the amount Section 8 vouchers are worth, so that voucher holders can afford to live in better neighborhoods, and to increase the enforcement of fair housing laws to reduce discrimination.

The Mirror and ProPublica reported this month that while federal Section 8 Housing Choice Vouchers were created years ago with the intention of giving recipients a choice about where to live, the subsidy often traps people in struggling communities.

Bronin and the governor met Tuesday to discuss specific steps that can be taken.

The governor pointed to communities like Simsbury and others in Fairfield County, including his hometown of Greenwich, which were featured in the Mirror and ProPublica’s investigation.

Local officials in towns that have rejected affordable housing point to frail public infrastructure, clogged streets, a lack of sidewalks and concerns about overcrowding as reasons for denying projects.

Lamont’s administration has not always been so forceful. Asked numerous times over the course of his first year in office to discuss his affordable housing policy, the governor said he preferred to leave decisions about what gets developed — or doesn’t — to local officials.

A Carrot or a Stick?

The Lamont administration and Senate Democrats agree that more incentives are needed for towns to build more low-income housing. They have different views, though, on whether those who don’t should face consequences.

“I would like to start with a carrot to tell you the truth,” Lamont said.

Either way, the director of the House Progressive Caucus, which comprises 44 of the 151 members of Connecticut’s House of Representatives, released a statement on behalf of the caucus saying lawmakers are just pleased this debate is finally being brought to the forefront.

“The Progressive Caucus is supportive of any legislative efforts to make housing more affordable,” the statement from Eli Sabin, the director of the progressive coalition, reads. He pointed to numerous bills that its members have introduced in previous legislative sessions to tackle exclusive zoning by town officials and fair housing legislation. “We are committed to advancing meaningful bills again this year.”

Relying on incentives, however, has its skeptics. 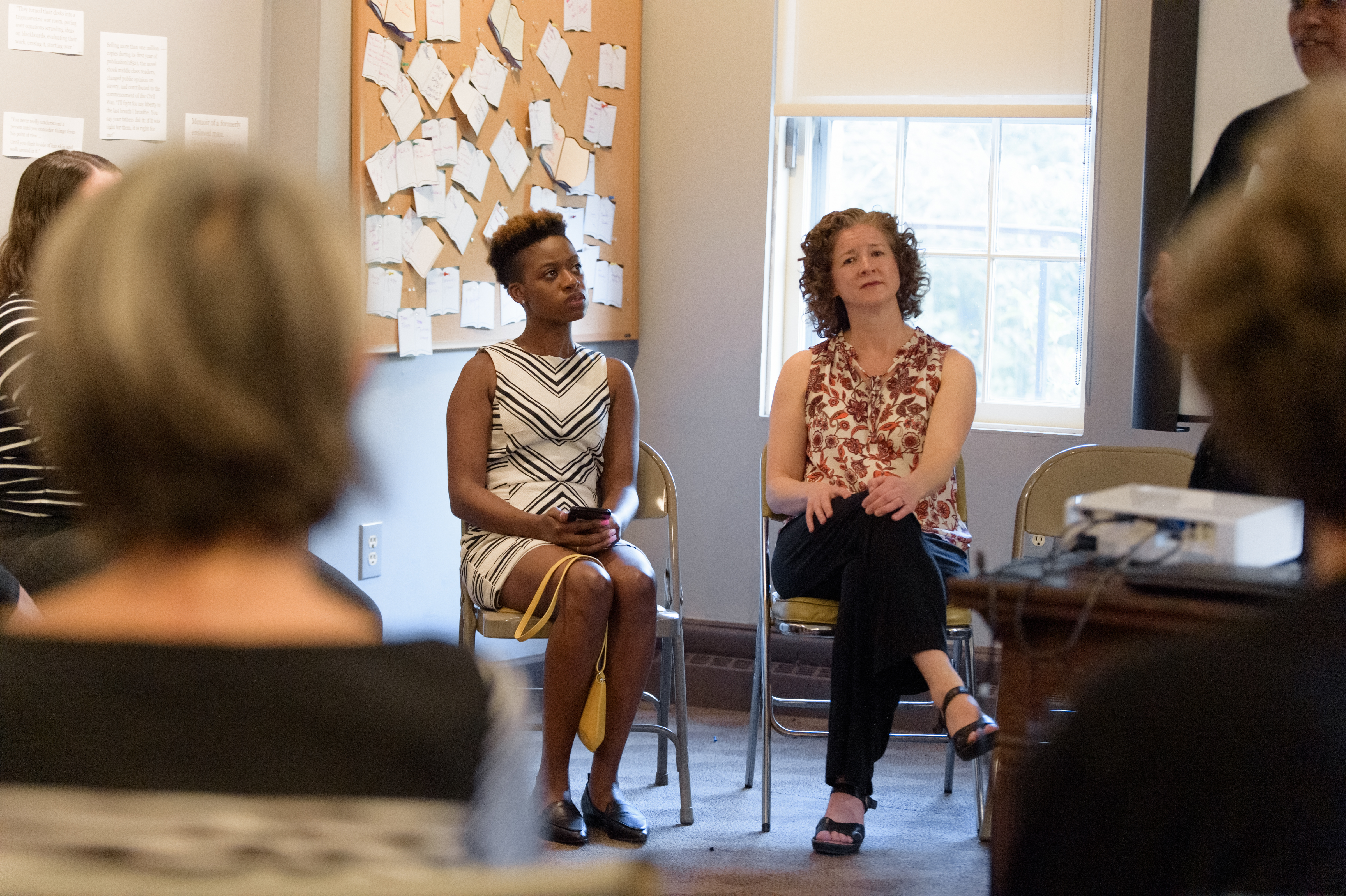 Civil rights attorneys said they believe linking transportation funding to affordable housing will have only a small impact. That’s because some affluent communities aren’t all that interested in bringing in public transportation, said Erin Boggs, the leader of Open Communities Alliance, a nonprofit advocacy group in Connecticut.

“They are perfectly happy without this money,” she said. “In the history of segregation and civil rights in our country, this cannot be accomplished by incentives alone. We absolutely need a well thought through system to address towns who do not comply.”

Likewise, State Sen. Saud Anwar, D-South Windsor and co-chair of the legislature’s Housing Committee, said that he prefers using incentives, but there are communities where there is a role for a firmer approach.

“Maybe that’s a place where we use a stick,” he said.

Help us investigate: Are you concerned about affordable housing in your community in Connecticut? ProPublica and The Connecticut Mirror are spending the year investigating. Here’s how to get in touch.

Jacqueline Rabe Thomas is a staff reporter for The Connecticut Mirror covering education and housing. Email her at jrabe@ctmirror.org and follow her on Twitter @jacquelinerabe.

9 thoughts on “Lamont, other Connecticut officials vow to take on housing segregation”