Washington —  Mike Bloomberg may be sitting out the early presidential primaries of Iowa, New Hampshire and South Carolina, but he’s paying attention to Connecticut.

On Tuesday, the campaign of the former New York mayor and Democratic candidate for the White House announced that state Reps. Chris Rosario, D-Bridgeport and Kerry Wood, D-Newington, will co-chair Bloomberg’s Connecticut campaign.

“I’m ecstatic to be a part of this iconic campaign,” Rosario said in a statement.

He said Bloomberg has the “vision and ability to bring better jobs to the people,” and “get the country back on track.”

Meanwhile, the campaign said Rosario, who is vice-chair of the Black & Puerto Rican Caucus, has “been a leader on a number of issues,” including urban redevelopment, public safety, anti-gun violence, and climate change.

Wood, a freshman lawmaker, also said the nation is in need of a “visionary leader” who has “a track record of success.”

The Bloomberg campaign said Wood’s priorities include “protecting the environment, creating jobs, fighting for women’s health and reproductive rights, and working towards a modern rail and roads system to ease congestion.”

The co-chairs of the campaign are serving in a voluntary capacity. 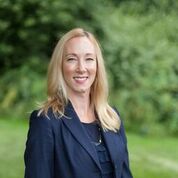 The billionaire businessman is running an unusual campaign, financed solely out of his own pocket.

Instead of campaigning in the early primary states, Bloomberg’s focus is on the 14 states that will vote on March 3, Super Tuesday.

He’s heavily investing in states that hold primaries after that, too, and apparently intends to spend time, effort and money in Connecticut, whose primary is not until April 28.