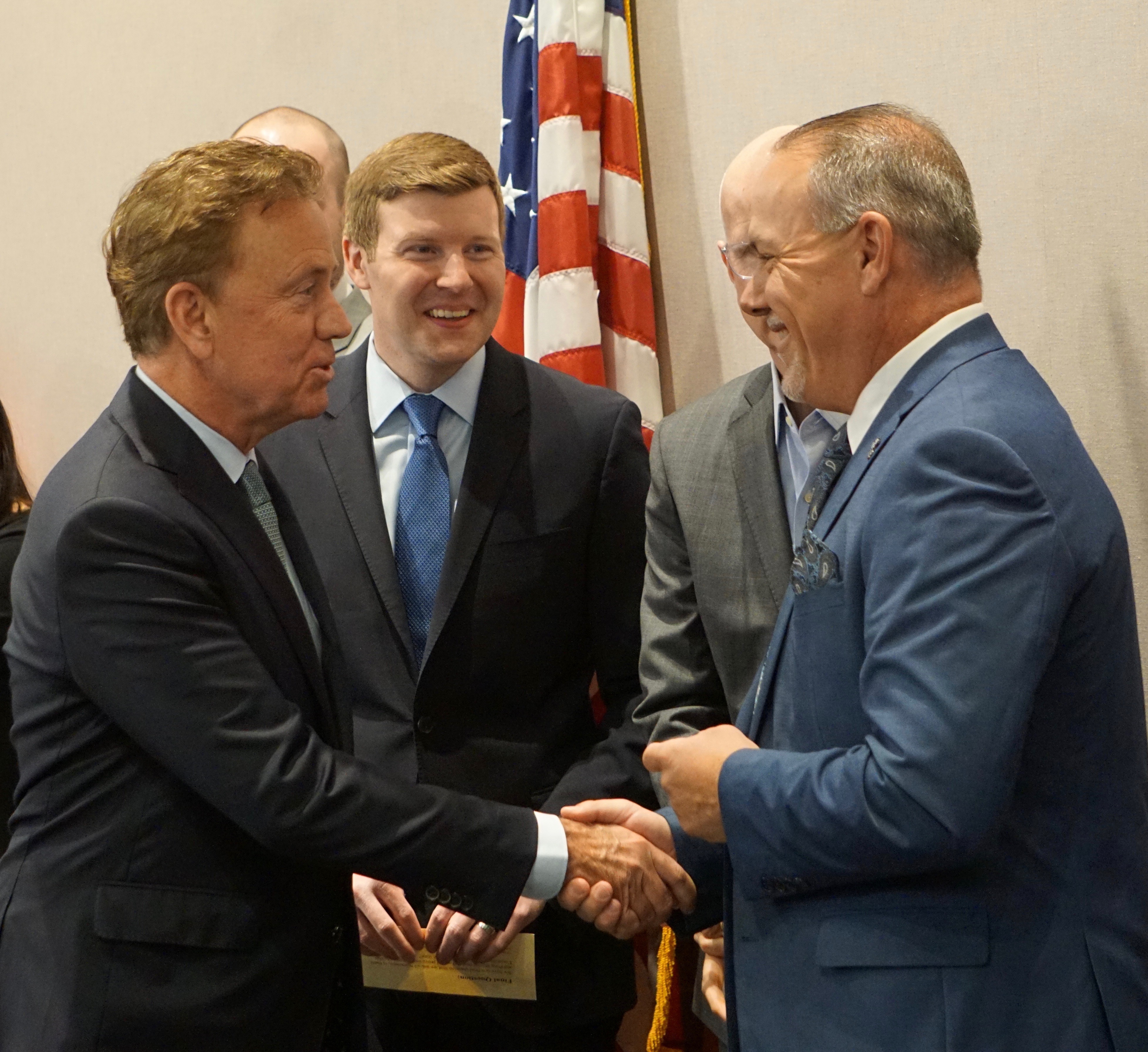 Gov. Ned Lamont has proposed borrowing  $45 million to launch a transit-oriented development authority that still lacks an oversight board and that he and lawmakers effectively opted not to fund eight months ago.

“Why are we giving $45 million to a yet-to-be-formed agency that has no track record?” Fasano asked. “This is irresponsible.”

But House Speaker Joe Aresimowicz, who spearheaded the creation of the Connecticut Municipal Redevelopment Authority, and the Lamont administration counter-charged that Fasano is resorting to partisan sniping and distortions to stymie a statewide transportation rebuild.

“Why are we giving $45 million to a yet-to-be-formed agency that has no track record? This is irresponsible.”

“This is Senator Fasano’s latest attempt to muddy the waters,” Aresimowicz said Thursday. “He is distorting the truth and eroding public trust for political gain and it’s counterproductive for moving our state forward.”

But Fasano isn’t buying it. Citing recent scandals involving Connecticut’s port authority and lottery, Fasano said there is no explanation for why Lamont has gone from baby steps to full-speed-ahead when it comes to the CMRA.

The governor and Democratic-majority legislature created the authority last June to stimulate commercial and housing development in urban downtown areas or within one-half mile of rail or bus services.

On paper it has broad authority that includes issuing bonds, investing other state resources delegated by the legislature and offering tax incentives. That’s “scary power,” if given to an entity lacking organization and proper procedures, Fasano said.

The new entity is expected to work closely with the state’s Workforce Training Authority to encourage Connecticut businesses to hire local workers, and Lamont’s bond package also proposes borrowing another $40 million in total between this fiscal year and next to support the WTA’s efforts.

“This is Senator Fasano’s latest attempt to muddy the waters. He is distorting the truth and eroding public trust for political gain and it’s counterproductive for moving our state forward.”

Speaker of the House Joe Aresimowicz

Fasano noted neither Lamont nor the legislature was ready to move quickly last summer to activate the municipal redevelopment authority.

The two-year state budget they adopted in June included just $500,000 in each year for authority operating expenses — little more than bureaucratic start-up funds. And, it should be noted, Lamont held back $25,000 of the authority’s $500,000 allotment this fiscal year to help achieve a budget-wide savings target.

The tens of millions of dollars in start-up capital the authority would need to make investments would be bonded. Lamont refused to sign off on a two-year bond package last June because legislators adjourned the regular 2019 session without acting on his tolls proposal — which at that time included both cars and trucks.

The statute establishing the CMRA’s 13-member oversight board, with two members appointed by the governor, six by legislative leaders, and another five ex-officio seats given to Executive Branch officials, stipulated all appointments would be made by Nov. 30, 2019.

Fasano said legislative records show no appointments had been made as of Thursday. Fasano, who gets one appointment, acknowledged he had yet to make his.

Once appointments are made, Lamont also must name a board chairman. The panel then would hire an executive director. 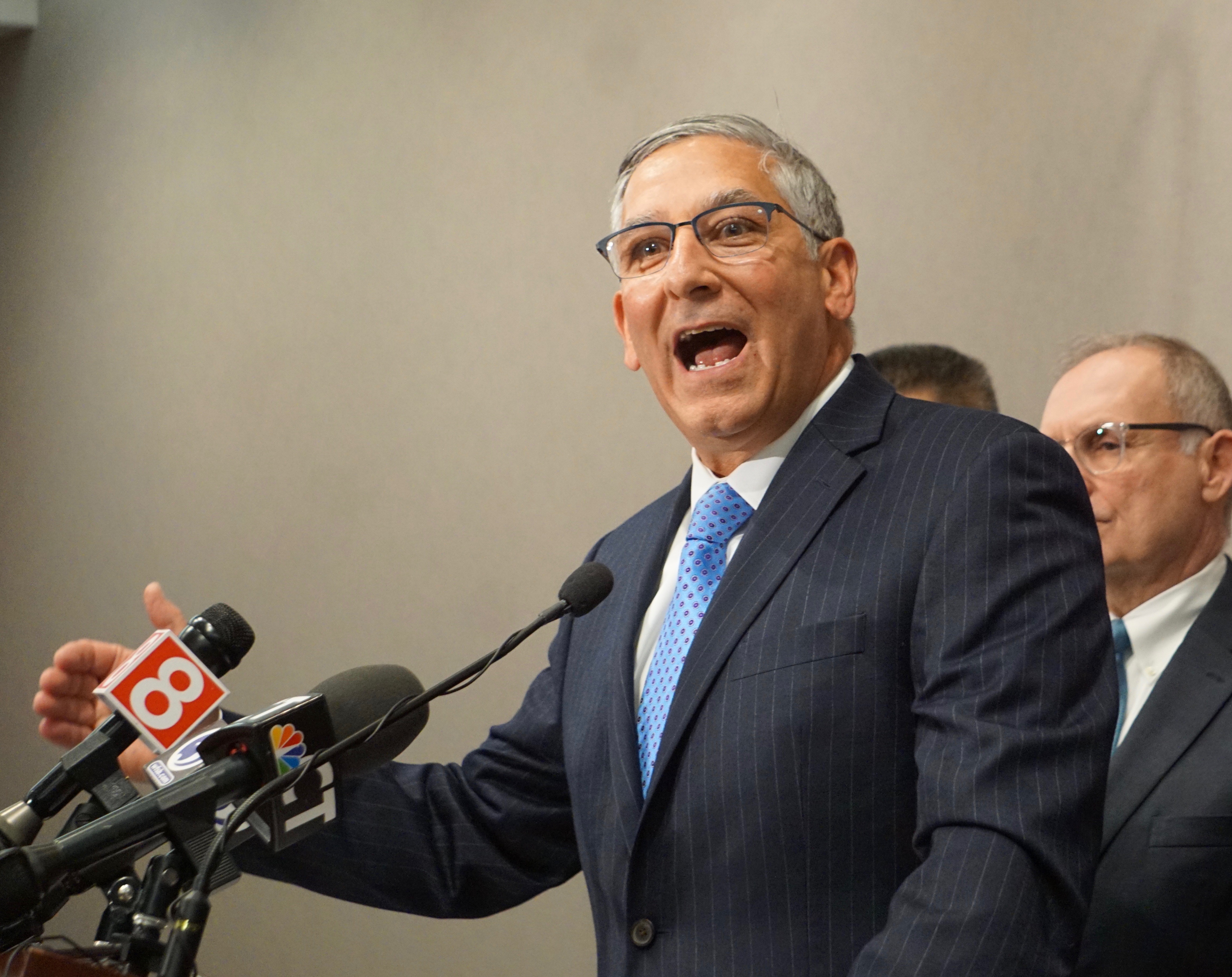 But there are other reasons Lamont should be progressing more slowly with the new authority, Fasano said.

According to statute, the oversight board must adopt, in writing, an annual budget, a plan of operations, an affirmative action policy and written procedures on how the authority will contract for financial, legal bond underwriting and other professional services.

“We just went through all this with the [Connecticut] Port Authority,” Fasano said, referring to a series of scandals that began in 2018 — before Lamont took office — and plagued the quasi-public throughout the first half of 2019.

The auditors complained repeatedly about a lack of management oversight, saying the port authority’s board and executive director had failed to establish policies to govern various operations.

But Fasano said the governor also spoke about how Connecticut would establish future quasi-public entities — with responsibility for millions of dollars in state assets — more carefully.

The Senate GOP leader also noted that another quasi-public, the Connecticut Lottery Corporation, has been plagued by scandal recently. The former vice president of the lottery corporation, Chelsea Turner, is suing lottery President Gregory Smith for unspecified damages. Turner was suspended last July after disclosing she had reported suspicions of wrongdoing at the lottery in 2014 to the FBI.

Fasano said he believes Lamont’s proposed $45 million infusion for the municipal redevelopment authority is designed to appease Aresimowicz, who has consistently supported the governor’s call for tolls, both on cars and trucks in 2019 and on large commercial trucks only this year.

But Aresimowicz said Fasano is distorting the truth to scuttle a badly needed rebuild for Connecticut’s aging, overcrowded highways, bridges and rail lines.

Even if lawmakers approve $45 million in bonding for the new authority, that doesn’t mean the CMRA would be funded when the new fiscal year begins in July, Aresimowicz pointed out. It also requires approval from the State Bond Commission, which could take additional months or year, giving Lamont and legislative leaders ample time to prepare the authority for operations.

The CMRA is patterned after the Capital Region Development Authority, which has provided loans and other investment assistance for years for projects in and around Hartford.

Among the developments that CRDA has backed are an overhaul of the aging Dillon Stadium, an elaborate food hall in Hartford’s Parkville neighborhood, and housing units north of the capital city’s downtown — part of a new community rising on a desolate stretch of land.

“It’s been a shining success in the city of Hartford,” Aresimowicz said of the Capitol region entity last June when discussing his hopes for the new transit development authority.

McClure, spokesman for the state budget office, said the new authority would generate economic development across the state “which will promote the type of growth we need to make and keep our state competitive for the next generation.”

“It takes an abundance of cynicism and desire to sew doubt and discord to make baseless accusations about proposed authorizations that would help stand up a Municipal Redevelopment Authority so that is has sufficient seed capital to achieve its stated purpose,” McClure said.

“The simple truth is that Senator Fasano has a history of opposing the use of bond funds in our distressed and urban centers and questions investments in Hartford, New Haven, and Bridgeport, but he has no problem seeking and celebrating the use of funds in his district for high school football field improvements or trolley museums,” McClure added.