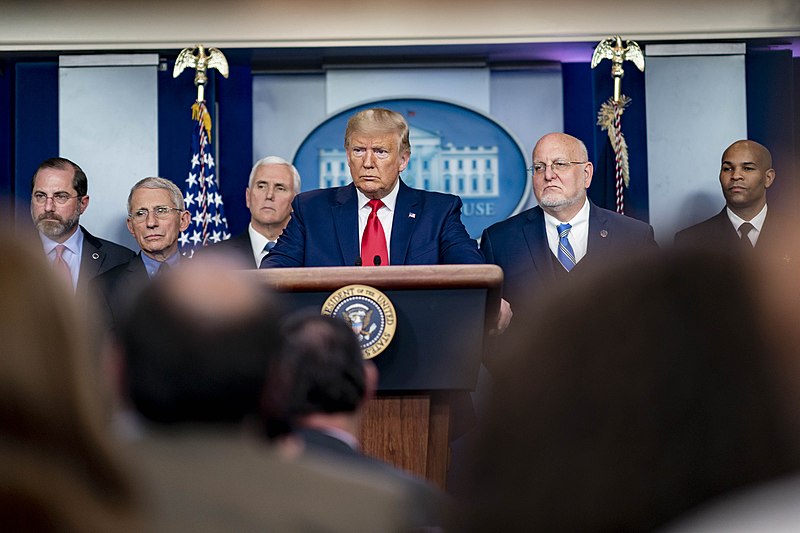 Washington – While Congress is responding in a rare coordinated and bipartisan way to the threat posed by the coronavirus, there is a deepening partisan split forming over President Donald Trump’s handling of the outbreak.

Sen. Chris Murphy, D-Conn., has been one of the loudest voices criticizing the Trump administration’s  response to a  growing crisis, slamming the president on Twitter, cable news programs and even a YouTube video entitled “Senator to Trump: Take Coronavirus Seriously.”

“If we buried our heads in the sand and pretended like everything’s great (it’s not), then there would be no pressure on Trump and his team to do better,” Murphy tweeted.

Murphy takes issue especially with what Trump is telling the American public about the coronavirus.

“From the very beginning, the administration seemed to be wishing away the crisis and sending all sorts of confusing messages to the public health infrastructure of this country about the nature of federal leadership,” Murphy said at a Thursday press conference hosted by Protect Our Care, a liberal group that supports the Affordable Care Act and other efforts to expand health care.

Murphy criticized the president for remarks he made recently that seemed to suggest it was okay to go to work with the flu or coronavirus, something the president has vigorously denied.

“So if, you know, we have thousands or hundreds of thousands of people that get better, just by, you know, sitting around and even going to work — some of them go to work, but they get better,” Trump said about flu and coronavirus patients on Fox News Wednesday night.

Trump made those comments after questioning the World Health Organization’s global death rate estimate of 3.4%, calling it a “false number” and suggesting — without evidence and based solely on a “hunch”— that the actual figure is below 1%.

The administration has also failed to keep its pledge to rush testing kits to states and was slow to broaden the criteria for testing beyond those who had recently traveled to China and other countries.

Vice President Mike Pence, whom the Trump put in charge of coordinating the nation’s coronavirus response, said this week that the Centers for Disease Control and Prevention has issued new guidance and that anyone can be tested subject to a doctor’s orders. But Pence admitted Thursday that the government doesn’t have enough tests to meet the growing demand.

Much of the Democratic criticisms of the Trump administration response have focused on the president’s  plan to spend only $2.5 billion to fight coronavirus.

“They asked for an amount of money that would not do the job,” Murphy said. 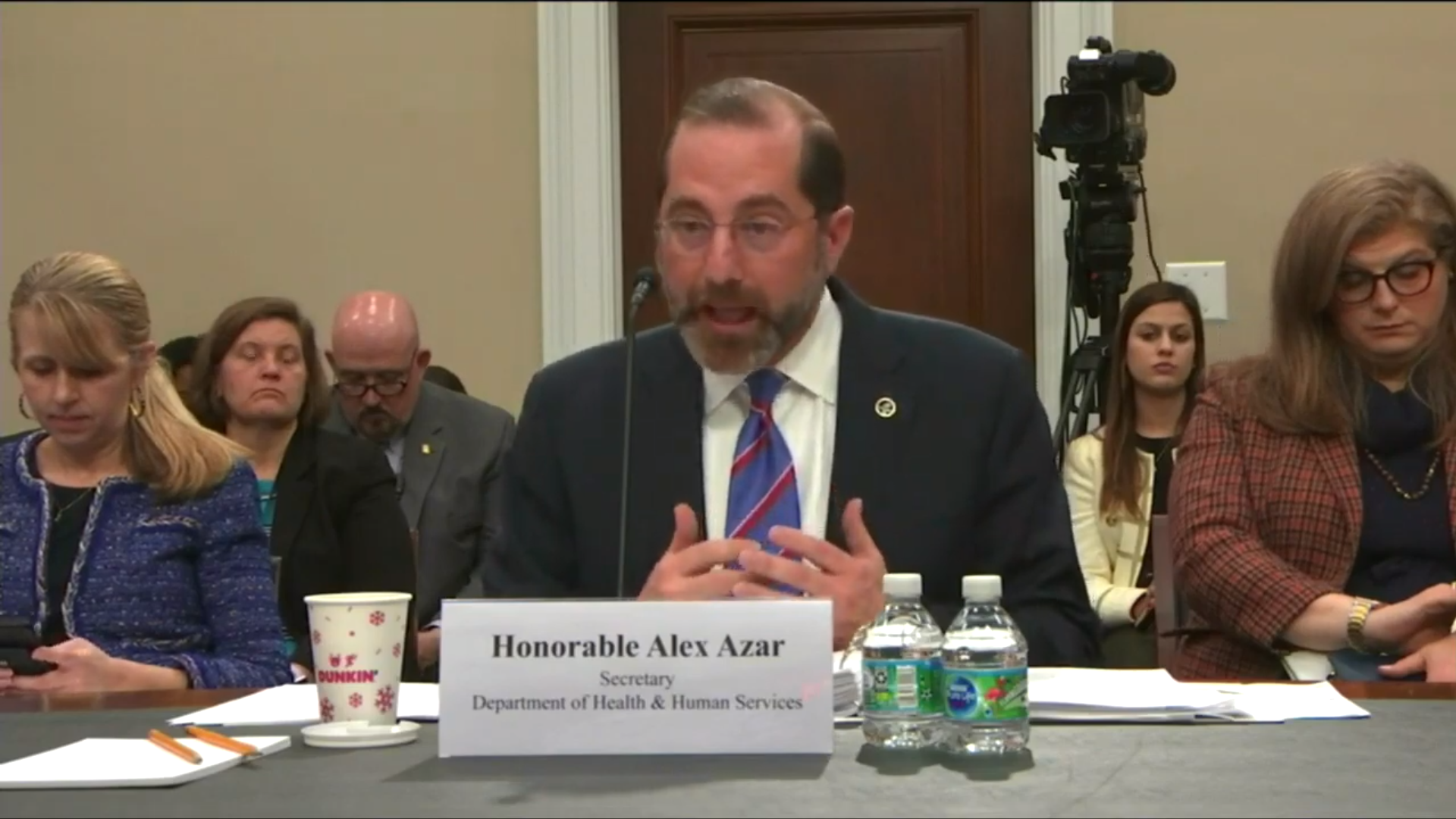 Both Republicans and Democrats insisted more money was needed and Congress agreed, approving an $8.3 billion coronavirus package this week that is being sent to the president for his signature.

Murphy and Sen. Marco Rubio, R-Fla. have also pressed the Food and Drug Administration for information on a number of issues related to the outbreak, including its impact on the U.S. pharmaceutical industry, which imports many active drug ingredients from China.

On Thursday, the Connecticut senator said the FDA did not respond in a satisfactory or timely manner.

Murphy and other Democrats are also reminding the American public that the Trump administration wants to eliminate the Affordable Care Act and has cut federal public health money, including funding to coordinate a national response to a pandemic.

“In many ways this is the moment that a lot of us have worried about,” Murphy said. “A true public health threat presented to this country that this president was not ready to meet. ”

Unsurprisingly, Democratic criticism of the president provokes negative responses from congressional Republicans, several of whom left a Capitol Hill briefing on the COVID-19 after U.S. Rep. Rosa DeLauro, D-3rd District, took issue at the event with the way the president  sought to fund the response.There are worries in the GOP that coronavirus could be Trump’s Katrina. A botched response to that killer hurricane in 2005 hurt former President George W. Bush politically.

A headline in a blog in the conservative National Interest magazine asked “Coronavirus: Donald Trump’s Very Own Hurricane Katrina Moment?”

Trump himself has accused Democrats of playing politics with the crisis.

At a campaign rally last week in South Carolina, Trump declared that “Democrats are politicizing the coronavirus,” which he characterized as “their new hoax.”

Murphy denies his critiques of the Trump administration are politically motivated.

“There’s nothing political in making clear the administration continues to miss the mark and needs to get better at response if we are able to protect Americans,” he said.

He also said “Democrats and Republicans need to be working hand in hand to make sure the health care system has everything it needs … But it is important for us to point out the ways the administration isn’t meeting the moment.”

But some Democrats say no elected official —  Democrat or Republican — should be seen as sowing discord when the nation faces a public health crisis whose scope and impact is not yet fully known.

U.S. Rep. Donna Shalala, who was U.S. Secretary of Health and Human Services during the Clinton administration and now represents a South Florida district in Congress, is a Democrat who also walked out of the coronavirus briefing after DeLauro made her remarks.

In an op-ed for the New York Times this week, Shalala knocked Trump for “politicized this issue at a campaign rally,” but said he’s not the only one to do so.

“Some of my fellow Democrats have done the same by pouncing on Mr. Trump’s remarks to win political points rather than treating this situation with the gravity and unity it deserves,” Shalala said. “Now is not the time for political gamesmanship. The American people want politicians in Washington to stop bickering, tone down the talk, and pull together to save lives.

4 thoughts on “Murphy: Criticism of Trump coronavirus response ‘not political’”