Lamont’s emergency declaration allows him to order quarantines if necessary 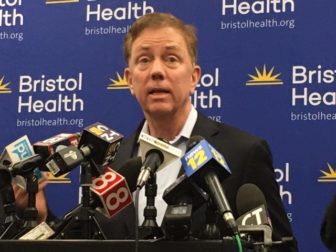 Gov. Ned Lamont’s declaration of a public health emergency gives him a power rarely used by government – the ability to order the quarantine of an individual and have that person arrested if he or she resists.

The coronavirus crisis already forced the federal government to use its emergency powers to quarantine Americans who traveled to China or were passengers on the ill-fated Diamond Princess cruise ship.

Now, governors are exploring ways they can use the emergency powers they’ve tapped to fight coronavirus.

Last week, Colorado Gov. Jared Polis drafted orders that would allow the governor to quarantine people and buildings, seize medicine from pharmacies and suspend some licensing requirements for medical professionals.

California Gov. Gavin Newson on Thursday issued an executive order, based on his declaration of a state of emergency, that empowers him to take over hotels, motels, and medical facilities in order to quarantine, isolate or treat coronavirus patients.

And this week New York Gov. Andrew Cuomo ordered the National Guard to help manage a quarantine he established for section of the town of New Rochelle after doctors discovered a rash of infections. 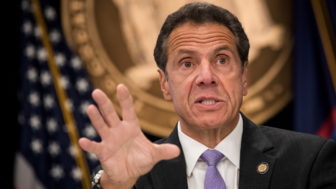 Gov. Andrew Cuomo went to the state legislature to bolster his emergency powers amid a growing COVID-19 outbreak in his state.

According to a Connecticut statute, the declaration of a public health emergency, which can be challenged and reversed by the state assembly, empowers Lamont, and Department of Public Health  Commissioner Renée D. Coleman-Mitchell  to enforce quarantines.

If anyone resists, the commissioner may “direct any law enforcement officer to immediately take such individual into custody and place him or her into quarantine or isolation, as the case may be,” the state law says.

“The commissioner shall notify the law enforcement officer or other personnel concerning any necessary infection control procedures required,” the law adds.

Connecticut’s health emergency law also calls for fines up to $1,000 and jail terms up to one year for those who don’t comply with a quarantine order.

Av Harris, spokesman for the Department of Public Health, said mandatory quarantines are “not something we will speculate about.” But the government has the authority to use them if necessary as coronavirus marches across the state.

Experts said quarantines are effective in controlling the outbreak because the coronavirus spreads easily through droplets from coughs or sneezes. Scientists are studying how long the virus can survive, but some research says it can live in the air for hours and on surfaces for two or three days.

But the use of emergency powers to limit the movements and interactions of people at the expense of their individual liberties is a concern for some.

The Connecticut ACLU has sent Lamont, Coleman-Mitchell and the state legislature’s Public Health Emergency Committee a letter this week that said the civil liberties group recognizes “the use of a mandatory quarantine may be justified if it is scientifically supported.”

But it also said “residents must not lose their due process rights, including the right to challenge any quarantine.”

Dan Barrett, the legal director for the Connecticut ACLU said the questions to ask are “what are the reasons given and what are the measures taken” when a government uses its emergency powers.

“When restricting people’s liberty, it needs to be for a good reason,” Barrett said. He also said the method used to quarantine a person should also be scrutinized and the quarantines imposed in a humane way. If someone is kept alone with no contact with other people for two months “that may be a problem,” he said.

“We’re monitoring, and if anything happens we’ll weigh what if any actions we’ll take,” Barrett said.

Forced quarantines would put the state’s probate judges in a position they probably don’t want to be in. According to state law, individuals who want to fight a quarantine order can appeal it to the probate court.

“The burden falls all on the public official who issued the order to prove it meets all the requirements,” said Melissa Riley, spokeswoman for the Connecticut’s probate courts.

Barrett said the ACLU may help those who press an appeal “depending on the circumstances.”

That federal law will allow the president to tap Federal Emergency Management Agency (FEMA) money to combat the coronavirus.

It also allows a state to request a 75% federal cost-share for expenses that include emergency workers, medical tests, medical supplies, vaccinations, security for medical facilities, and more.