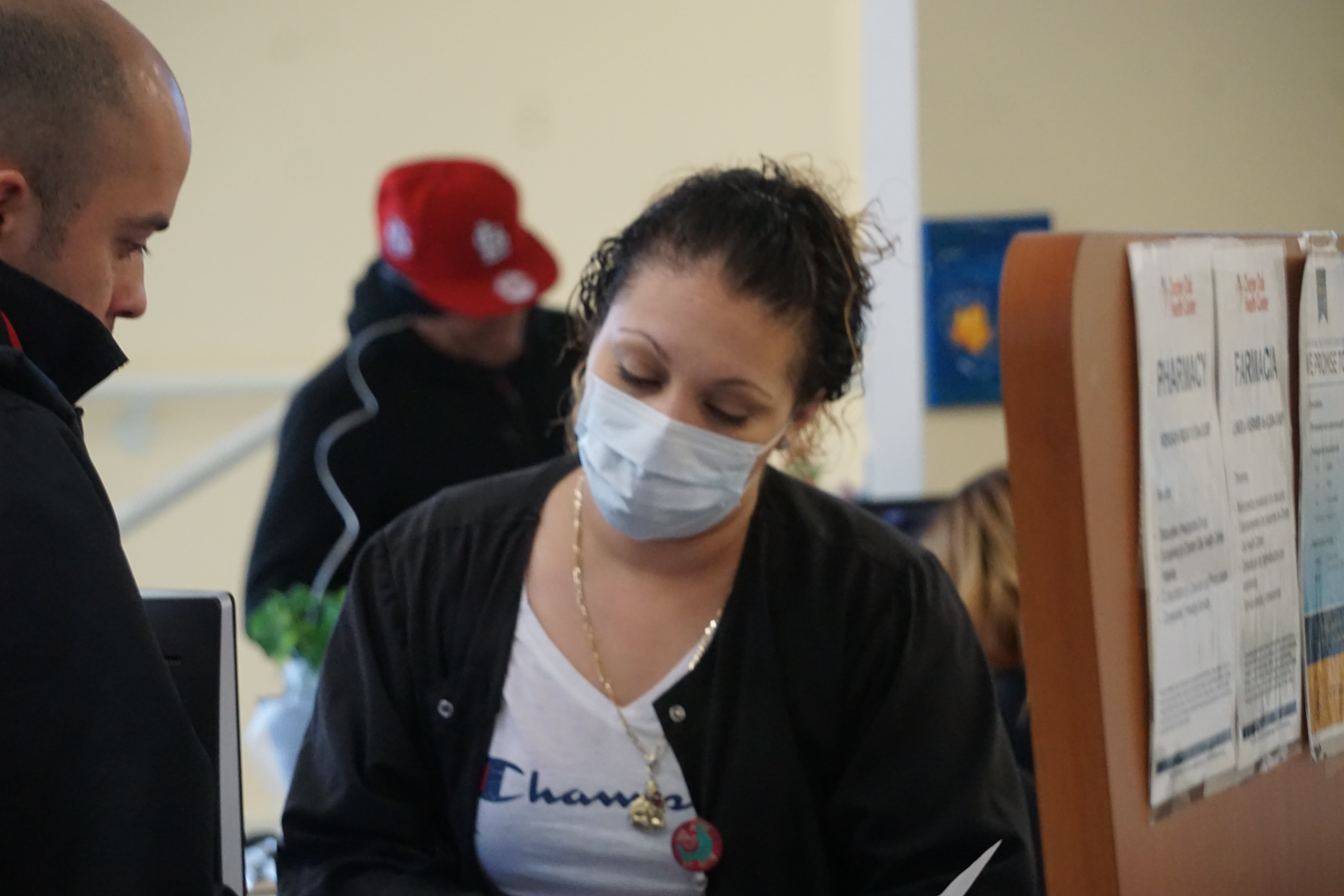 State officials broadly sketched out how Connecticut will cope with “the new reality” of a prolonged disruption to commerce, education and civic life by the coronavirus pandemic as the number of confirmed cases in the state more than doubled Friday, including the first case in Hartford County.

Hartford Mayor Luke Bronin and Hartford Hospital officials said the spread of the disease to Hartford County was inevitable, and the number of confirmed cases is an inexact metric. “There are probably a number of people in our region who would test positively right now,” Bronin said. “We have to acknowledge there are not enough tests.”

Hospital officials revealed little about the patient, other than she was admitted through the emergency room several days ago.

While investigators from the Department of Public Health traced the progress of the disease, Secretary of the State Denise Merrill spoke for the first time about how the state intends to conduct its presidential primary next month without running afoul of Gov. Ned Lamont’s ban on large public gatherings.

“In order to ensure that Connecticut voters are able to cast a ballot on April 28th, absentee ballots must be available for voters who want to follow public health advice and avoid polling places,” Merrill said Friday night. Connecticut has tight restrictions on the use of absentee ballots, but Merrill says the public health emergency should allow anyone to use a ballot by reason of illness. An executive order by the governor would be required.

The state party chairs, Democrat Nancy Wyman and Republican J.R. Romano, said they are working cooperatively to establish ways for the parties to nominate candidates and choose convention delegates without endangering public health.

Other state officials briefed reporters on complications posed by efforts to slow the spread of the disease, most notably the school closures that will affect 56% of public school students in Connecticut on Monday. Josh Geballe, the governor’s chief operating officer, said meals will continue to be provided by the schools to the students eligible for free breakfasts and lunches.

The food will be provided at local distribution sites now being identified, including the schools, Geballe said.

The Public Utilities Regulatory Authority has ordered providers of gas, water and electricity to halt the denial of service for non-payment during the health emergency, the Department of Labor is waiving a requirement for in-office visits by some recipients of unemployment benefits, and the Department of Social Services will cover tele-medicine services for 850,000 residents on Medicaid.

The Department of Economic and Community Development is allowing 800 mostly small businesses to defer payments for three months on loans without incurring interest or penalties, and the department is working on a broader package of supports that the administration hopes to outline next week, Geballe said.

The Connecticut court system will remain open, limiting activities to priority functions outlined on the Judicial Department website. With the exception of jury trials underway or criminal cases facing speedy-trial deadlines, all jury trial have been suspended for 30 days. 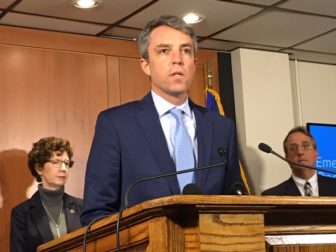 For the first time since the state began publicly reporting coronavirus test results, the data includes both results from the state’s laboratory in Rocky Hill and private labs. Tables containing data about all test results completed to date, including a breakdown of the locations and ages of the patients, can be found by visiting ct.gov/coronavirus.

The Wesport-Weston Health District is now using a private lab as it tries  to test dozens of people who were exposed to the virus at a party a week ago and are symptomatic.

The state Department of Public Health returned the first positive result of a Westport resident late Thursday, giving the state its 6th confirmed case. But the nationwide shortage of testing kits is slowing the ability of local officials to swab all those exposed or symptomatic, thwarting efforts to trace the spread of the disease.

Quest Diagnostics provided 40 test kits to Westport, allowing the Westport-Wilton Health District to collect samples Thursday at a drive-up collection point opened under a portable canopy. At least 40 people were exposed to the virus at a party a week ago, and some of those now infected have likely spread the disease.

“Who brought it to the party is not clear, and it doesn’t matter,” Mark A.R. Cooper, the director of the health district, said Friday. “Everybody should assume it’s broadly throughout the community.”

Samples taken from the 40 residents were shipped overnight to a Quest lab in California, with the results expected in several days. The district workers quickly exhausted their supply of testing material needed to detect COVID-19, a novel coronavirus that causes respiratory disease.

“They went in an hour and 15 minutes,” Cooper said. “We invited them. It was limited to those who had direct contact with a known COVID patient and already are symptomatic. That’s going to be our priority for additional testing.”

Other symptomatic residents are on a waiting list. Cooper hopes to have more testing kits next week. He expects some will be shown to have the flu, not COVID-19.

“It really dramatizes the challenge we have in our inability to test as many people as we’d like,” said Rep.Jonathan Steinberg, D-Westport, co-chair of the Public Health Committee.

Sen. Will Haskell, D-Westport, said he has spoken to some of those tested, as well as those frustrated by the delay in testing others. The party-goers have self-quarantined since learning of the exposure, but not before interacting with others.

“They are actually contact tracing themselves” Haskell said. “They are exercising the best social distancing practices.”

But the state already has moved past efforts to contain COVID-19, the novel coronavirus that causes everything from mild fever and coughing to life-threatening respiratory distress. The focus now is to slow the spread, with the goal of saving hospitals from being overwhelmed.

“I’d like to press what self-isolation means,” Cooper said.

Cooper said social distancing means no more than small gatherings, where everyone can keep a distance of six feet. With the closure of schools, he said, he is concerned that the public-health measure will be defeated by play dates and sleepovers.

“They didn’t close schools and businesses because it’s a holiday for people to celebrate,” Cooper said. “It’s about encouraging self-isolation and keeping a distance so we don’t spread the disease.”

Connecticut’s two U.S. senators, Democrats Richard Blumenthal and Chris Murphy, expressed frustration Friday morning at the reluctance of President Donald J.Trump to follow example of governors by quickly declaring an emergency that would result in clear and uniform policies about what activities should stop to achieve social distancing.

Gov. Ned Lamont has ordered no public gatherings of more than 250 people.

Major league sports, college tournaments, Broadway theaters, colleges and local schools announced widespread cancellations that signal a temporary end to much of civic life throughout the United States, but they did so largely on their own accord or at the direction or urging of governors.

“The experts are at the CDC, not the NFL,” Murphy said.