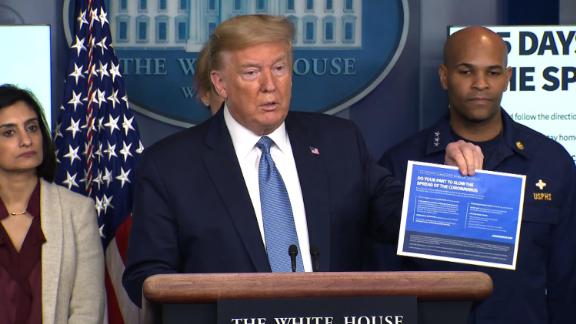 Washington – President Donald Trump on Monday told Gov. Ned Lamont and other governors on a conference call that they should not wait for the federal government’s help and instead fill the growing demand for ventilators and respirator masks needed to treat victims of COVID-19.

“We will be backing you, but try getting it yourselves,” Trump said on the call.

Like China, Italy, Spain and other nations that have been ravaged by coronavirus, the demand for ventilators and respirators in the United States is expected to exceed supply.

In Europe several governments have prodded domestic manufacturers to increase production. Italy told its only ventilator manufacturer to quadruple production and deployed members of its armed forces to help meet the new quota.

Germany has ordered an additional 10,000 ventilators from a domestic supplier. England has asked its manufacturer to increase production and France is conducting a nationwide survey into its own stocks .

Trump administration officials have been reticent about addressing questions about how many ventilators, respiratory masks and other pieces of medical equipment are available in the United States to respond to the coronavirus crisis. Department of Health and Human Services Alex Azar recently said he could not discuss that issue because it was  a matter “of national security.”

The United States has a Strategic National Stockpile, a supply of potentially life-saving pharmaceuticals and medical supplies for use in a public health emergency severe enough to cause local supplies to run out.  But there are concerns the stockpile has not been adequately replenished after it was tapped to respond to the 2009 bird flu pandemic.

Lamont did not immediately respond to requests for comment about his phone call with Trump. But earlier on Monday, Lamont was critical of the president in a conference call with reporters.

The nation’s governors have been frustrated at the slow rollout by the Centers for Disease Control and Prevention of coronavirus testing kits for state labs. “The feds have been asleep at the switch. They’ve been slow off the draw,” Lamont said.

Also on Monday, Trump issued new guidelines which included the recommendation that people avoid gathering in groups of more than 10 and steer clear of eating and drinking at bars, restaurants and food courts.

“This is a bad one. This is a very bad one,” the president said. Unlike the nation’s governors, who can tap their emergency powers to mandate changes in social conduct, the federal government can only issue guidance.