Trump aims to send Americans $1,000 to cope with COVID-19, but Chris Murphy doubles down 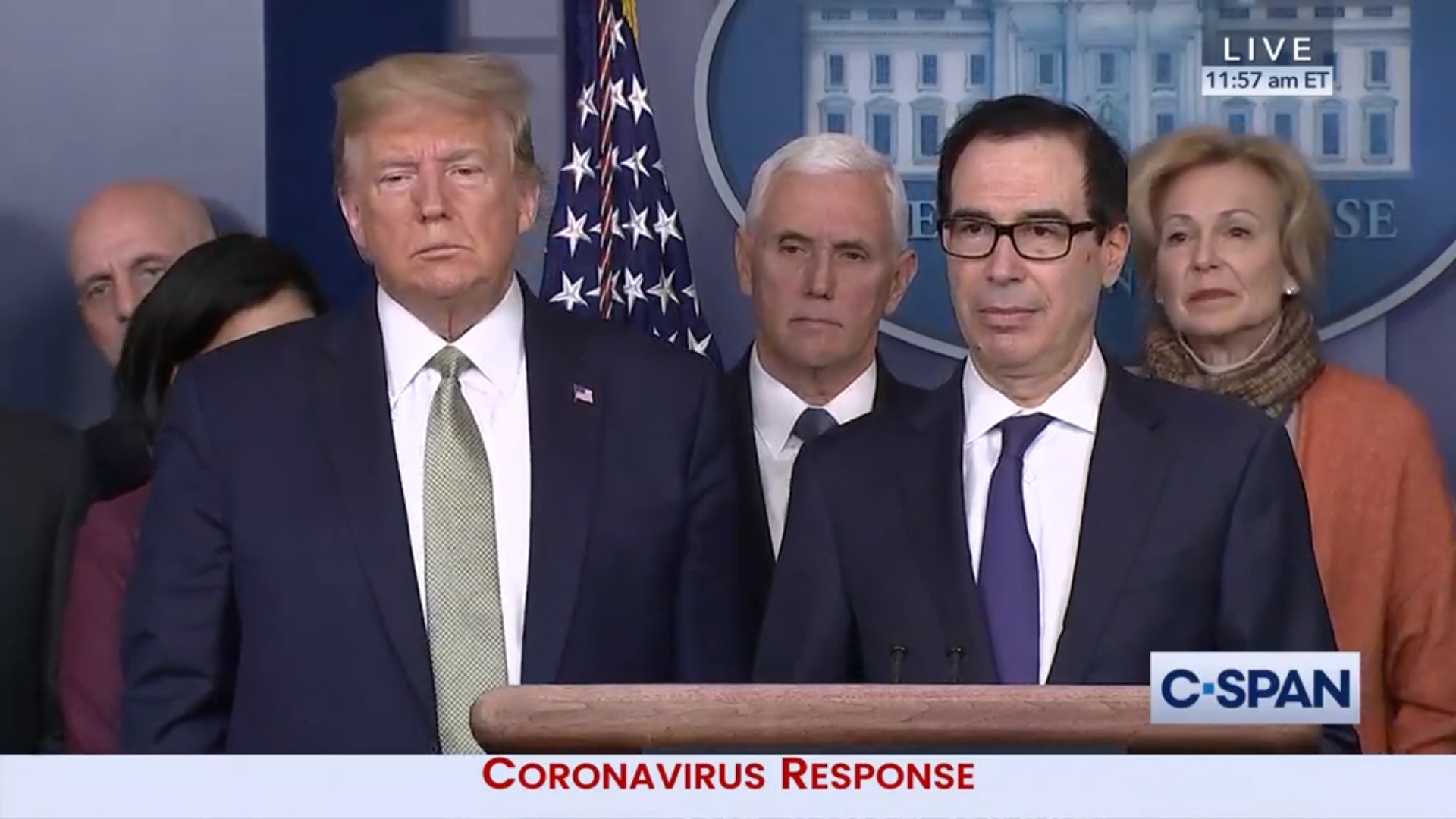 Treasury Secretary Steven Mnuchin said the Trump administration will send Americans checks in the amount of at least $1,000.

Washington – President Donald Trump wants to send Americans a  check for about $1,000 to help them cope with the financial stresses of the coronavirus crisis, but Sen. Chris Murphy is pushing for double that.

The White House and Congress on Wednesday continued on somewhat divergent paths to spend as much as an additional  trillion dollars to combat the coronavirus pandemic. But there was bipartisan agreement that the federal government must spend freely to try to blunt the impact of COVID-19.

The White House outlined a plan that would bail out airlines, hotels, casinos and small-to-medium-sized businesses. The package, to cost more than $850 billion, would provide $50 billion for the hard-hit airline industry and $250 billion for small business support.

In a Wednesday press conference with the president and other administration officials, Treasury Secretary Steven Mnuchin said the package would also include sending direct cash payments to Americans in the form of checks for about $1,000. Mnuchin said there would probably be a cutoff for the wealthy, saying millionaires don’t need the money.

“We’re going big,” Trump said of the overall package, which would require congressional approval. “I think we want to get it done. And have a big infusion as opposed to going through little meetings every every couple of days. We don’t want to do it that way. We want to go big.”

Democrats are pushing their own massive bill and many of their provisions don’t overlap with the White House’s proposal.

Senate Majority Leader Chuck Schumer, D-N.Y., and other Democrats support a package of “at least” $750 billion that would include billions in additional emergency aid for hospitals and provide more money for expanded unemployment insurance, more help to small businesses, broad availability of child care, especially for first responders, and food assistance for seniors.

Schumer’s bill would also halt evictions and foreclosures on homes and businesses whose mortgages are backed by the federal government. 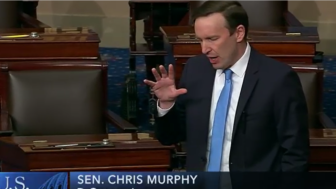 Sen. Chris Murphy aid Americans should each receive at least $2,000 to cope with coronavirus.

Murphy said he’s glad the president seems to have dropped his insistence that a tax break be included in the third coronavirus package. But he objected to plans to bail out the airlines and other industries, especially if there are no strings attached to the money.

“I don’t want the airlines to lay off flight attendants and ground crew and then pocket the money,” Murphy said.

Sen. Richard Blumenthal, D-Conn., said any bailout of the airline industry must include the commitment to better service.

Murphy said he is working with Sens. Cory Booker, D-N.J., Michael Bennet, D-Co., and Sherrod Brown, D-Ohio, on his plans to send every man, woman and child a check for $2,000, with a cutoff for the wealthy, which he said might be individuals who earn $100,000 or more a year and families whose annual income exceeds $180,000.

Murphy also said he supports Schumer’s efforts to address a shortage of childcare, especially for medical professionals and first responders.

A member of the Senate Appropriations Committee, Murphy also said he will also press for food stamp recipients to be able to use their EBT cards at restaurants. Although many have been closed, restaurants still offer carryout service and will need an influx of customers when they are able to reopen, Murphy said.

But there’s no clear picture of what a final bill will look like, with so many players seeking to shape the legislation.

The second coronavirus bill – passed by the House on Monday and awaiting approval by the Senate –would give workers two weeks sick leave at full pay and up to a month of family leave at two-thirds pay to many workers who do not have those benefits. 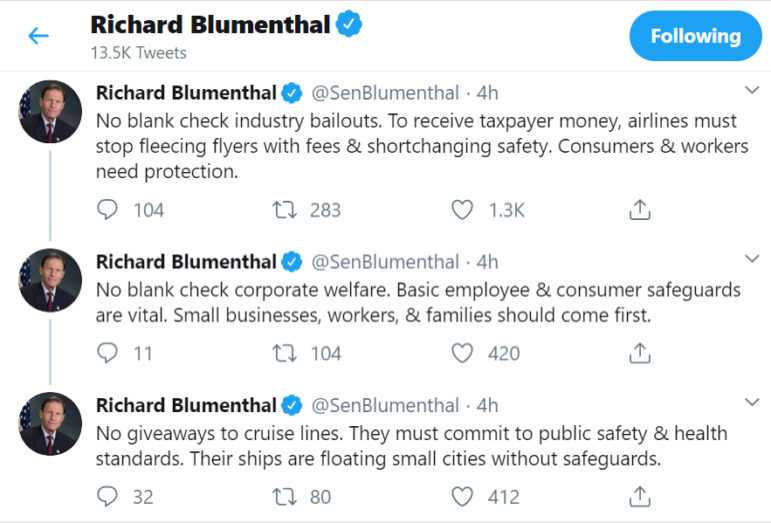 Connecticut has already procured more than $7 million from the first coronavirus bill approved by Congress, an $8.3 billion measure that aimed to shore up federal and state health agencies. But that’s just a drop in the bucket if Congress manages to approve the second and third coronavirus packages.

Meanwhile, the president is using his executive authority to address the economic impact of the coronavirus crisis.

On Tuesday, the  Treasury Department and Federal Reserve took steps to make it easier for companies to borrow money, while the White House gave more flexibility to taxpayers to delay for an additional 90 days tax payments they owe on April 15.

9 thoughts on “Trump aims to send Americans $1,000 to cope with COVID-19, but Chris Murphy doubles down”