Confirmed cases reach 159 and include a state lawmaker 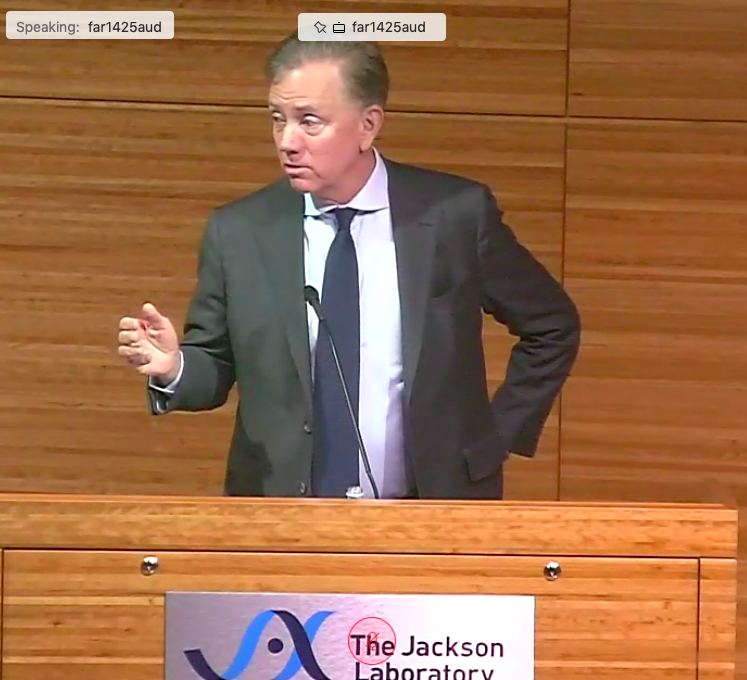 A third Connecticut resident has died from coronavirus, Gov. Ned Lamont announced Thursday, and the number of confirmed cases in the state rose to 159.

Two of the three deaths were men from New Canaan. One was described as being in his 80s. The other was a 91-year-old who died at Norwalk Hospital. Lamont said the latter was “a great friend of my father.”

“So I know what people are feeling every day,” he said. “This is a disease that gets more real in a very personal way.”

The first person to die from the disease was an 88-year-old from Ridgefield. The man died at Danbury Hospital after falling ill at an assisted living facility in his hometown.

“In coordination with other states and our Secretary of the State, and in an effort to carry out Democracy while keeping public health a top priority, I have decided to move our presidential primary,” the governor said.

State officials had been debating for days whether to postpone the state’s April 28 primary to accommodate the ban on large public gatherings. Although the primary date is set in state law, Lamont has authority under his public health emergency declaration to waive laws and regulations.

The governor last week mandated that all bars, restaurants, movie theaters, concert halls and other venues with large crowds shut their doors until further notice. Restaurants and bars may remain open to fulfill takeout orders only, including the sale of alcohol beverages in sealed containers. The casinos agreed to close down for two weeks.

At least 24 people are hospitalized with COVID-19, the illness caused by the newest strain of coronavirus. Rep. Jane Garibay, a Democrat from Windsor, emailed her colleagues Thursday night that she was among the people that had tested positive.

On Wednesday, health staffers were dispatched to Stafford Springs to investigate the first confirmed case in a nursing home.

The patient, a resident of the Evergreen Health Center, was hospitalized at Johnson Memorial Hospital. The person had been in a short-term unit that has since been quarantined, according to Tim Brown, a spokesman for Athena Health Care Systems, the owner of the 180-bed nursing home.

It was not clear how long the patient had been at Evergreen. Brown said the company has been restricting visitors and following the other precautions urged by the state.

Renee Coleman-Mitchell, the state’s public health commissioner, said the state is “closely watching” two others from the facility.

Deputy Labor Commissioner Daryle Dudzinski told The CT Mirror that just a few weeks ago, before most coronavirus-related closures had happened, the department had been receiving roughly 3,000 new jobless claims per week.

Officials with the Jackson Laboratory for Genomic Medicine in Farmington said Thursday they would begin processing coronavirus tests next week.

The lab expects to handle 100 to 150 tests per day. It will add staff and equipment to help boost the number of tests per day over time.

“This will increase the testing capability available here and is vitally important to diagnose affected patients as quickly as possible, which is essential in controlling the pandemic in our communities,” said Charles Lee, scientific director at Jackson Laboratory.

People seeking a test should not come to the lab, he said. Instead, they should contact their primary care doctor or local hospital for guidance on where to report.

Yale New Haven Hospital and some private labs have joined the state lab in processing samples recently, bolstering testing efforts that started out very limited. The state lab initially was only able to handle 20 tests per day.

Lamont’s administration said Wednesday that about 700 tests had been processed here since the beginning of the outbreak.

Hospitals and other care centers have increased their capacity for sample collection recently, with many adding drive-through programs or erecting tents or other temporary structures to handle swabbing.

Hartford Mayor Luke Bronin has banned gatherings of more than 10 people in the capital city. The gatherings include community, civic and sporting events; plays or live performances; and religious, spiritual or worship meetings. The prohibition runs through April 30, but may be extended.

“Coronavirus is here in our communities, and the confirmed positive cases are only the tip of the iceberg,” Bronin said. “We are issuing this emergency order to emphasize that everyone must minimize contact with others if we are going to be successful in slowing down the spread.”

A fifth officer had been in contact with one of the four. That officer has also been asked to stay home, Bronin said.

None of them appear to have significant symptoms.

“We are going to see many cases of coronavirus throughout our state and our community in the weeks ahead, but asking these officers not to return to work was the right decision, and may have significantly limited exposure … inside the Hartford Police Department,” Bronin said.