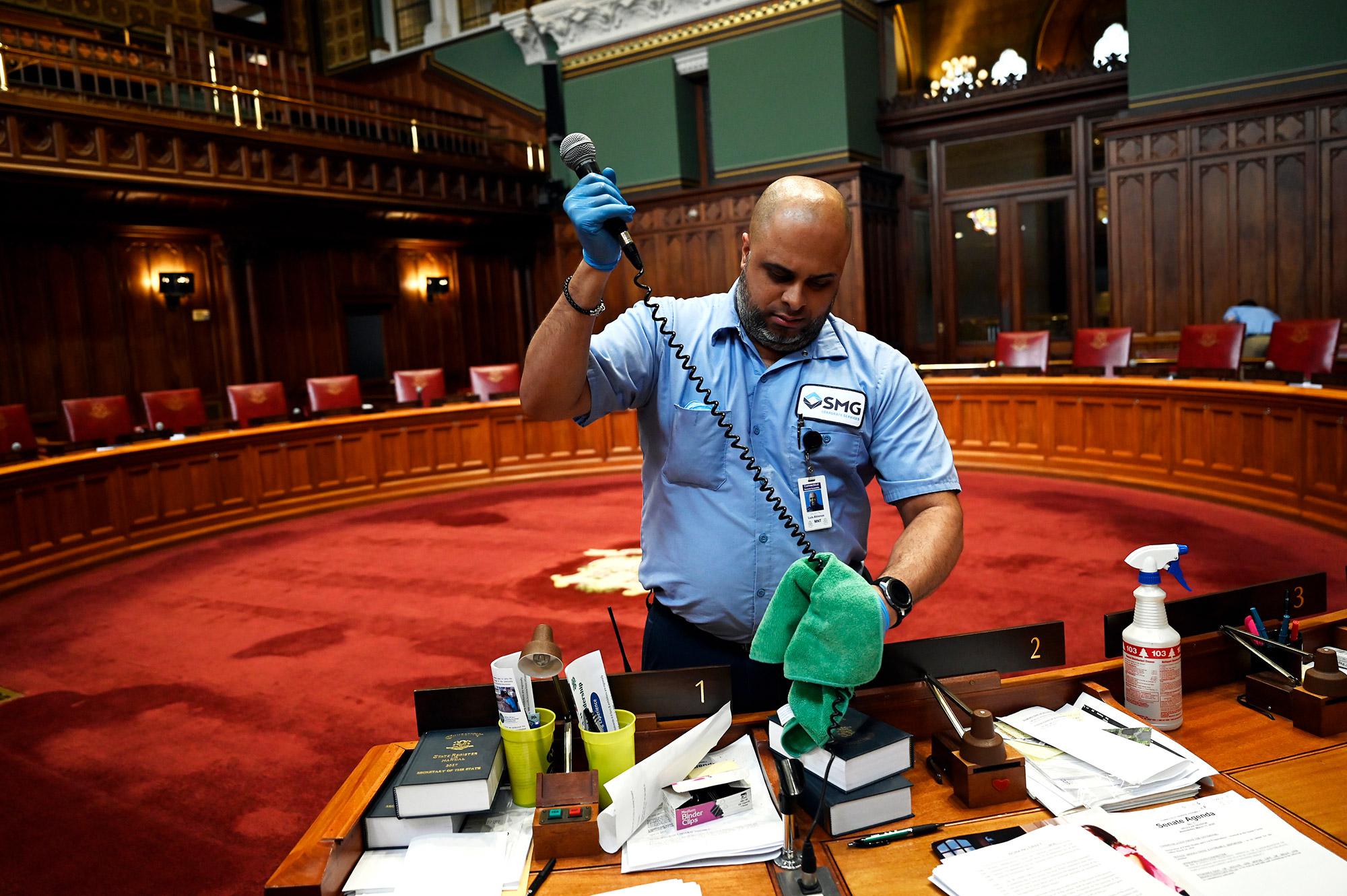 SMG Corporate Services day porter Luis Almenas disinfects all the microphones during a deep clean in the Senate chamber.

“Unfortunately I have tested positive for COVID 19.” wrote Garibay, 64, a freshman. “I wanted to let you know that I am self quarantining and resting comfortably at home. Thank you for all the well wishes, and I look forward to when we can all be together again.”

The lawmaker attended the March 11 session, the day before the General Assembly suspended work and closed the State Capitol, but public health officials declined after interviewing Garibay to recommend that her colleagues self-quarantine, Aresimowicz said.

“They felt there was no need for a 14-day quarantine,” Aresimowicz said. The decision, he said, was based on when she became symptomatic and was tested. 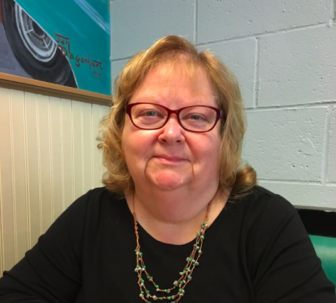 At 64, Garibay is in a risk group for complications from the disease. She is a married mother of three children.

Garibay is a stalwart of public life in Windsor. She ran the chamber of commerce for 21 years, helped found an education foundation, served as president of the school board, and ran a food bank.

She easily won in 2018, unseating a Republican incumbent.

She represents the 60th House District of Windsor and Windsor Locks.

Meanwhile, Aresimowicz said legislative leaders have been in preliminary talks about how the the 151-member House might conduct business if it needs to return for business while the state is under an order to avoid public gatherings of more than 50.

Debates would be difficult, but lawmakers might agree to having “just a handful on each side” in the chamber at any one time, requiring an unprecedented choreography. The voting machine could be left open for hours, allowing lawmakers to enter and vote alone or in small groups.

“It’s more ideas than anything else,” Aresimowicz said.