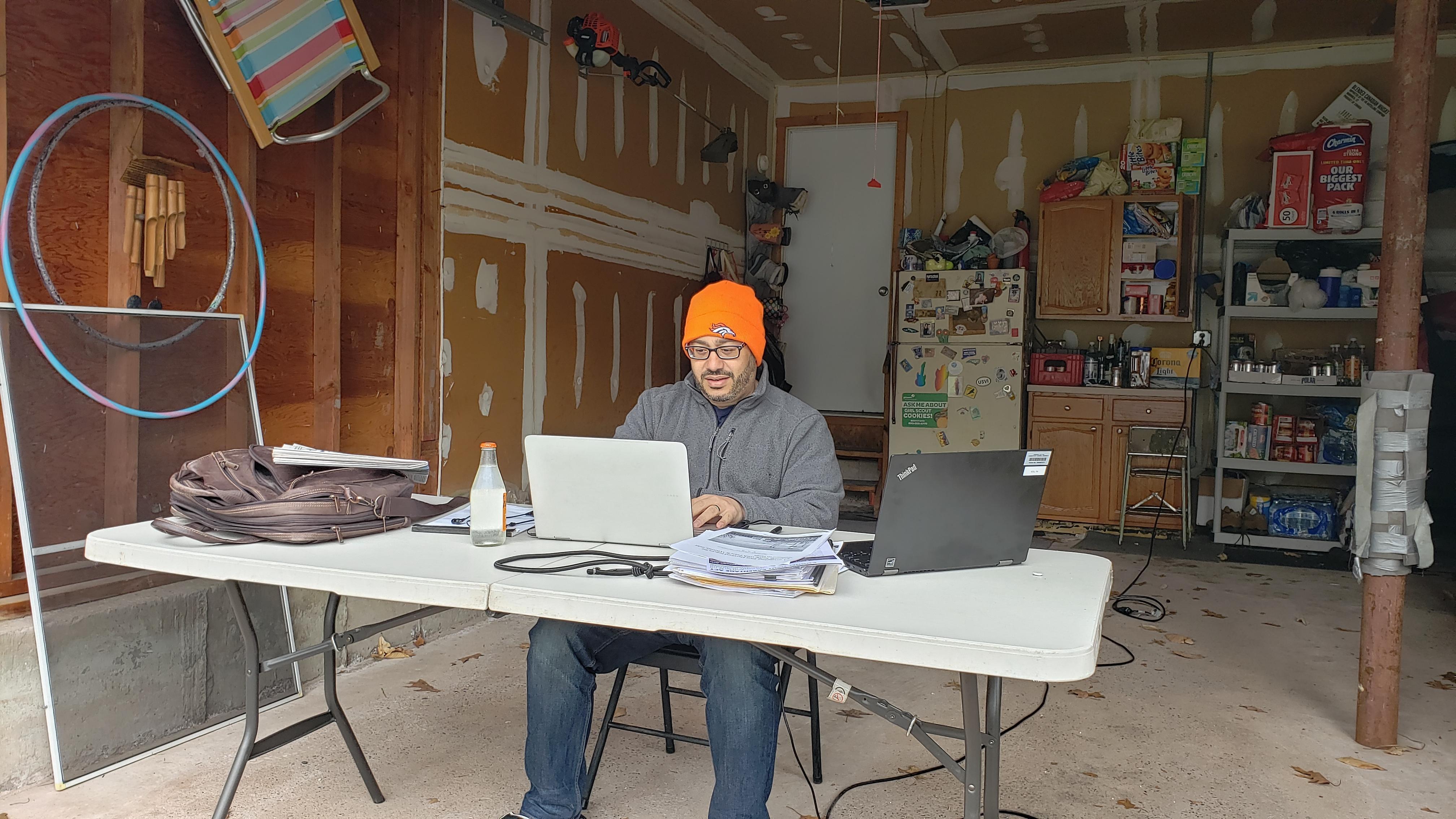 “Hey guys, I’ve got to tell you, I don’t think this is working,” Lamont, who chairs the commission, said moments before he recessed the first teleconference gathering, which began at 1 p.m.

The 10-member panel struggled painfully for about 25 minutes with audio delays of several minutes.

Further confusing matters, the gathering was broadcast on The Connecticut Network [CT-N], the state’s public affairs cable channel. But that broadcast also ran behind real time, and members who tried to follow on TV rather than on their phones found themselves several minutes behind what was happening.

“Should I be listening to the jazz music on CT-N?” Rep. Chris Davis, R-Ellington, asked as other members tried to vote.

“Are you guys still on mute?” Lamont asked as members repeatedly failed to respond during three checks on attendance and two roll call votes on proposed bonding.

The governor pulled the plug on the meeting at 1:25 p.m., apologizing and saying, “We’re going to get to this very soon.”

Minutes later the administration announced the meeting would resume at 2 p.m.

Should I be listening to the jazz music on CT-N?” — Rep. Chris Davis, R-Ellington

Shortly before 2:05 p.m. right as the technical difficulties had been resolved, a legal issue came into play.

Because Lamont and the commission had voted to “adjourn” — to formally close the meeting — at 1:25 p.m. rather than to recess or temporarily suspend it, the gathering could not resume until a new legal meeting notice had been posted, said Lamont’s budget director, Melissa McCaw.

The administration rescheduled the meeting for Thursday, April 16.

This was the bond commission’s first attempt at a meeting since the coronavirus pandemic struck Connecticut in March.

Attorney General William Tong attended by phone from his state office in Hartford.

The other members called in from their homes — or nearby.

Sen. Kevin Witkos, R-Canton, thought it would be nice to attend the meeting while walking up Mount Horr near his home.

Rep. Jason Rojas, D-East Hartford, who has three daughters, said he could find the quiet he needed — and a little fresh air — by working from the garage attached to his home.

“I’m conducting all of my meetings here,” Rojas said. “It’s working out for me, except when the kids play basketball in the driveway. That can cause some problems.”