Tenants are given 60-day grace period to pay rent

Tenants struggling to pay rent in April and May because they have lost income due to the COVID-19 shutdown will be given a 60-day grade period, Gov. Ned Lamont announced Friday.

“Doing something for the renters was really important to me,” the Democratic governor said during a morning press conference. He pointed out that the relief that he initially announced for small business owners and mortgage holders, “was really important, but there was a group that we were left leaving out.” 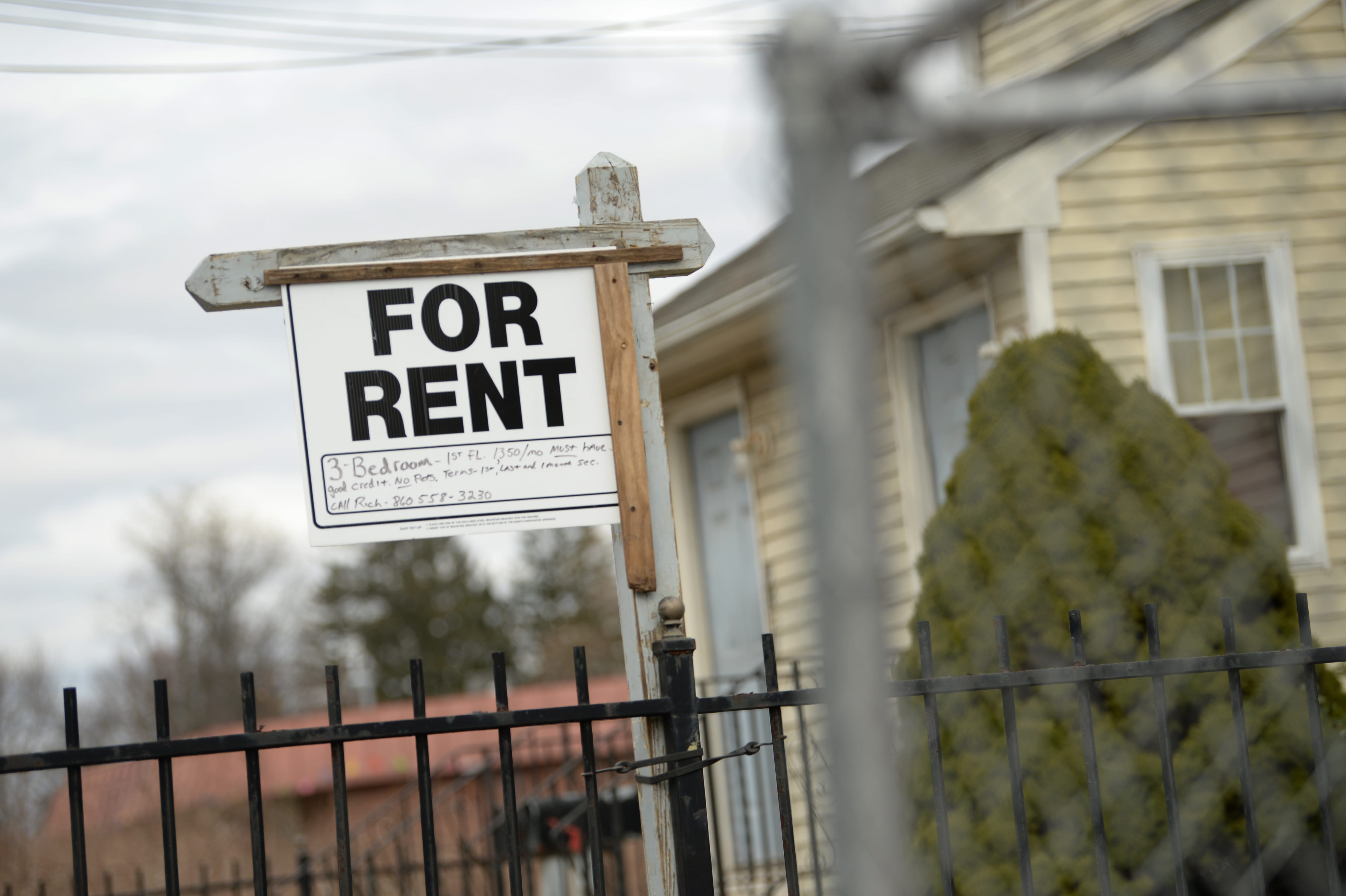 A “For Rent” sign hangs in front of a house in Hartford’s North End.

Because those who rent, “are just as likely to have lost all sources of income,” Lamont’s new executive order gives tenants “a breather until we get this economy going again, or at least until we get those other supports going from the federal government.”

In order to have the payment due date extended, tenants must write their landlord explaining they have lost their job or had their hours scaled back. Lamont’s order also forbids landlords from filing any complaints in court against tenants who need to pay rent late.

In the 14 days after the public health emergency was declared, more than 500 complaints were filed in court. Those filings would have negatively impacted those tenants’ credit scores, but the governor’s order requires these complaints to be withdrawn; no new filings can take place until July 1. Tenants can still face eviction if they are a “serious nuisance” and are threatening the health and safety of those in the building or ruining the housing unit.

The governor’s order comes two days after Connecticut’s big-city mayors called on Lamont and legislative leaders to help those constituents who are struggling to pay rent while out of work during the coronavirus pandemic. It also comes a week after the Democratic governor announced that his administration had arranged for struggling homeowners to receive a 90-day suspension for mortgage payments, but offered no assistance for those who rent.

Mortgage relief disproportionately benefits residents in Connecticut’s more affluent communities. For example, in Fairfield, 83% of the residents own their homes, compared to 24% in Hartford. Renters’ income is typically less than half of homeowners.