Statewide, one out of every 12 nursing home residents has tested positive for the disease, analysis shows 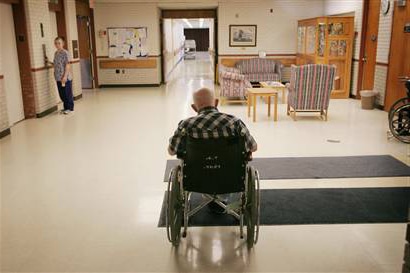 The state released a list of all the COVID-19 cases and deaths in the state’s 213 nursing homes this week.

One out of every 12 Connecticut nursing homes has a COVID-19 infection rate of at least 25%, a CTMirror analysis of state data shows. In three homes, more than half of the residents have the coronavirus.

Thursday evening, amid mounting calls for transparency, the state released the infection and death counts for each nursing home in Connecticut. But it did not disclose the number of occupied beds at each home, which meant it was unclear what percentage of their residents are sick or have died. Instead, state officials released the number of licensed beds at each facility.

However, Connecticut nursing homes are, on average, about 88% occupied, according to state data, though that number has fallen since the coronavirus outbreak due to a number of factors, such as a reduction in non-COVID-19 related procedures at hospitals that require rehabilitation at nursing homes.

An analysis by the Mirror using occupancy data compiled by the Department of Social Services for its March, 2020 monthly report  and the infection and death figures released Thursday shows how severe the COVID-19 outbreak has been in many of the state’s nursing homes.

Look up each nursing home below.

Officials with Golden Hill Rehab did not return calls for comment Friday. But Terrance Brennan, the administrator at Whispering Pines in East Haven, replied in writing to questions, saying “Our facility, like most, followed all of the CDC, state and local health orders and recommendations,” but couldn’t stop the spread of a virus that is most deadly to those with underlying health conditions and the elderly.

“This is a virus that can be spread without the carrier having symptoms and there has been a grossly insufficient supply of tests available that would have helped to identify those at risk of spreading this disease,” Brennan wrote.  “The sad reality is that the impact of this virus on any given facility may have more to do with the underlying age, health, sex, and ethnicity of the resident population, the location of the facility, the number of cases generally within the community, and even luck, than with the quality of the care or precautions taken by the facility.”

“We are reporting our numbers daily to state and local health departments in an effort to be as transparent as possible,” Brennan added, “but we are disappointed that the governor chose to release these numbers when many other states, including New York, have declined to do so.”

Of the 213 homes listed in the state data, 95 had no reported cases of coronavirus infections.

When asked to comment Friday on the nursing home infection and death rates, a spokesman for Gov. Ned Lamont said Friday the administration “has been focused on saving lives throughout this unprecedented public health emergency.”

“This is a fast moving and evolving situation and the administration, in collaboration with public health experts, has been working to protect the thousands of loved ones who reside in skilled nursing homes,” said spokesman Max Reiss. “The situation in these facilities is of high importance and we must continue to focus on how best to protect and maximize public health outcomes for these residents.”

Timothy Brown, a spokesman for Athena Health Care Systems, which owns Abbott Terrace Health Center in Waterbury, questioned  the numbers released Thursday by the state. About 35% of the residents at Abbott Terrace have tested positive for the coronavirus, and 15 residents have died, according to the state data.

Brown said Abbott had admitted several residents from nearby assisted living centers and other nursing homes who had tested positive for COVID-19 because those other facilities were not equipped to care for them. The addition of those residents appeared to skew the numbers, he said.

In addition, the state included people whose COVID-19 test results were pending, and factored in residents who already were receiving hospice care prior to contracting the disease, he said.

A spokeswoman for Lord Chamberlain Nursing and Rehabilitation Center in Stratford, where 12% of the residents have tested positive for the disease and nine people have died, said the facility has “adopted all safety measures from the CDC and state agencies from the start of the pandemic,” is trained to deal with the outbreak and has “adequate personal protective equipment.”

Reporters Greg Hladky and Jenna Carlesso contributed to this story.