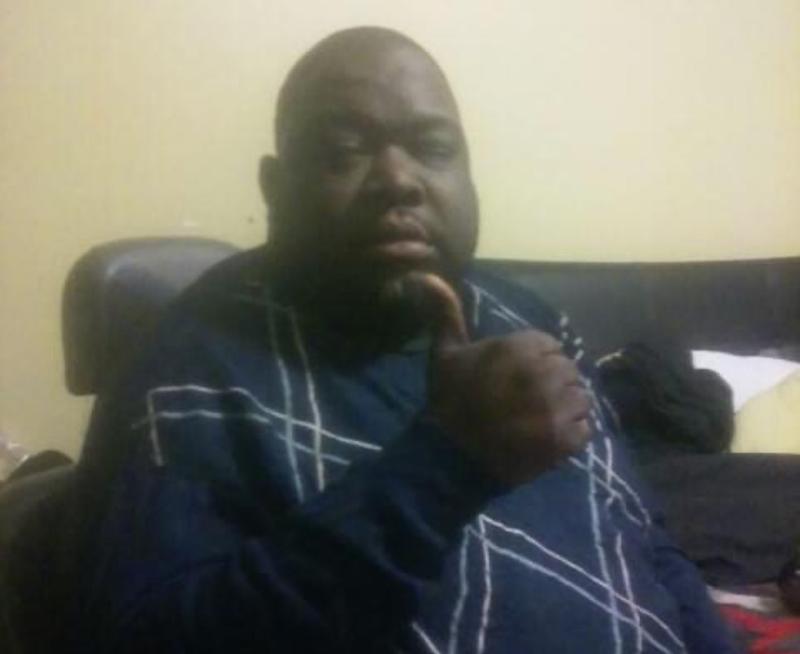 Robert Johnson, 49, of New Haven, died the Monday after Easter while he reportedly waited to be scheduled for a COVID-19 test.

The day before Easter, Robert Johnson felt weak. On Easter Morning, his mother, Gloria, dropped off breakfast. She became more concerned when Johnson’s visiting home health aide told her he had a high fever.

Robert Johnson was high-risk for COVID-19. He had hypertension and double amputations from complications of diabetes. He also had low kidney function and got dialysis at a center in Hamden three times a week. After the ambulance took him to Yale New Haven, Gloria Johnson called the hospital to check in. She says a nurse called her back and they spoke briefly.

“I asked ‘How is my son doing?’ and she said, ‘He’s doing okay, and they gave him the green light to go home.’” Johnson says she figured if the hospital said Robert could come home, he should come home, because she’s no doctor. “I asked her ‘Was he given the COVID-19 test?’ and she said ‘No, he would have to make an appointment with his doctor.’”

A spokesman at Yale New Haven Hospital could not confirm whether or not Robert Johnson was tested for COVID-19, citing patient privacy laws.

Johnson was sent home on Easter with a prescription for antibiotics. His discharge papers said he got chest X-rays that showed signs of pneumonia. His mother visited him that night and says he seemed like he needed some rest. Gloria Johnson also says her son’s primary doctor, a Yale physician, called to say she’d try to get him in for a coronavirus test the next day. She said to call 911 again if he felt short of breath.

“I figured I would call on Monday morning and have him go back,” Johnson says, “unfortunately, Monday never came for him.”

That morning she called her son. No answer. She went to his house, where she found Robert unresponsive. Emergency responders could not revive him and pronounced him dead.

The state medical examiner’s office confirmed that Robert Johnson died of SARS-CoV-2, or coronavirus, and complications from diabetes.

Gloria Johnson says when she heard the cause of death, she felt “very angry, and disappointed in the health service. Why would you send a high risk person back home, when he could have this COVID-19?”

Yale New Haven Hospital says it is in the process of fully reviewing Robert Johnson’s care, citing the pandemic.

Jean Breny, who heads the Department of Public Health at Southern Connecticut State University, believes Johnson’s case may highlight racial health disparities that have existed well before the pandemic. Johnson was black and he received Medicare.

“There are these huge disparities that people have dealt with for so long and they go beyond just access to care,” Breny says, “It’s how people are treated. How people are approached.”

Breny says systemic issues like access to higher education or well-paying jobs, and even the stress of discrimination, can put some black and brown residents at higher risk of exposure to COVID-19. It also puts them at higher risk of getting sicker from the virus.

“I think that poverty is a piece of it and racism is a big piece of it,” Breny says, “What’s really not clear to us is now testing is being done anywhere. Who is getting tested and who is not getting tested?”

New Haven clergy say they want more testing in the black community. Even now, early state public health data show black residents in New Haven, and across Connecticut, have been affected by coronavirus at higher rates than white or Latino residents. Racial data isn’t available for all cases. But, for what is available, black city residents account for 50% of virus-related deaths and 41% of hospitalizations. That’s despite making up just 33% of New Haven’s population. 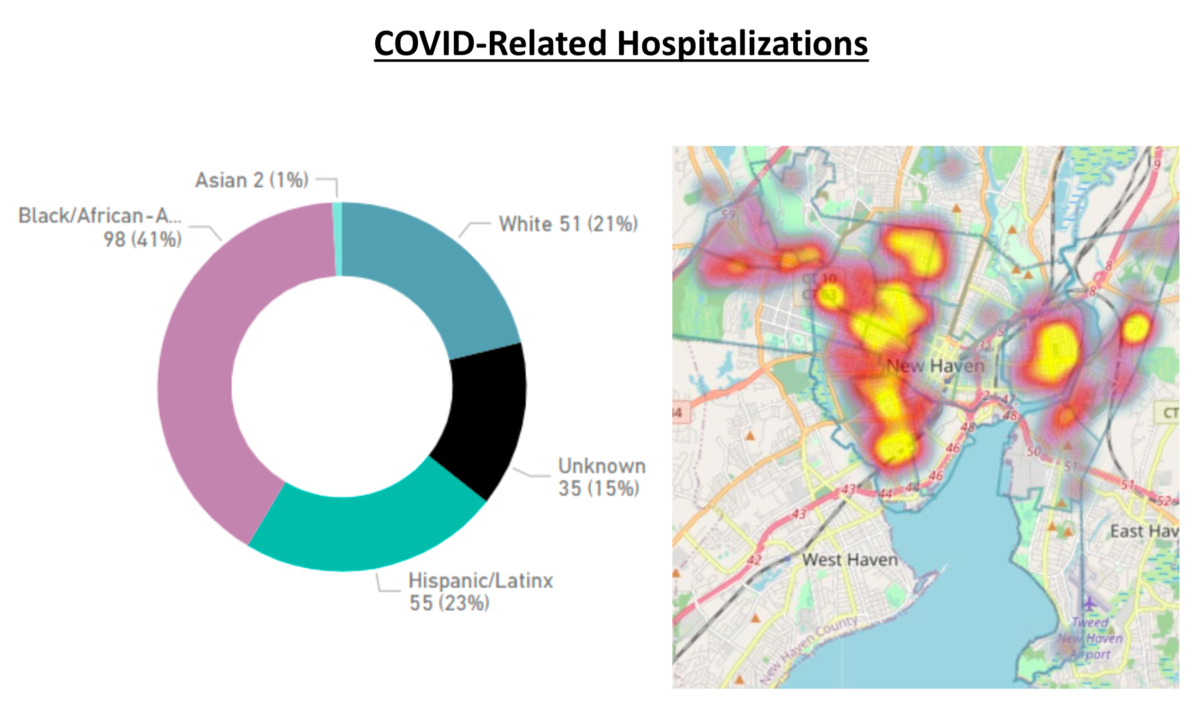 COURTESY OF THE CITY OF NEW HAVEN

In New Haven, African American residents make up 41% of hospitalizations due to COVID-19 and 50% of deaths, even though they make up 33% of the city’s population. 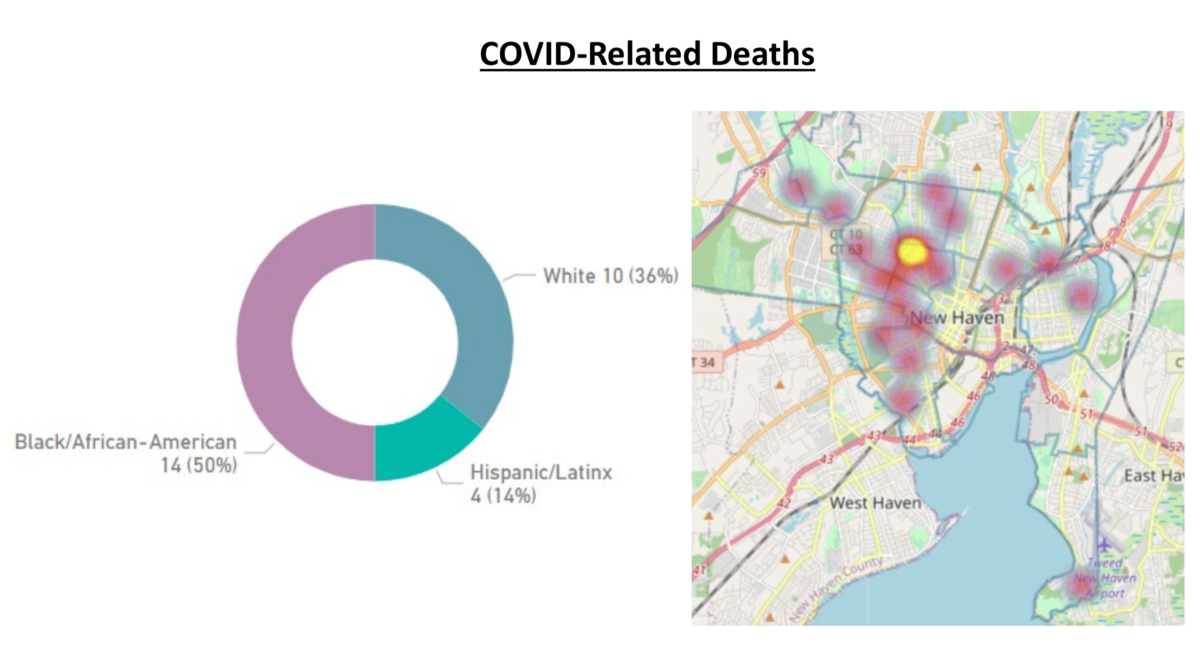 “Health policy, and maybe even sometimes health professionals, discriminate,” says Reverend Philippe Andal of Community Baptist Church of New Haven, “This virus does not. We have to take it seriously.”

Andal is Gloria Johnson’s pastor. He hopes Robert Johnson’s passing will remind his majority-African American congregation to advocate for themselves and for loved ones.

Yale New Haven Hospital says in a statement, “we treat all patients equally and regardless of socioeconomic status.  While we are confident that the care provided was appropriate, we remain very open to feedback and input.”

“My son is dead. If he was tested, who knows if they’d have kept him,” she says, “I don’t know what the end result would have been, but it’s like he was turned away and he has a lot of health issues anyways. I’m trying to figure out, ‘why was he sent home?’”

Johnson got a COVID-19 test, herself, two days after she was exposed to her son. She called her doctor twice, the state coronavirus hotline twice, then got an appointment. The results came back negative.

This post has been updated to reflect that Gloria Johnson was alone when she found her son unconscious at his home.