Other sectors may be struggling, but package stores are thriving 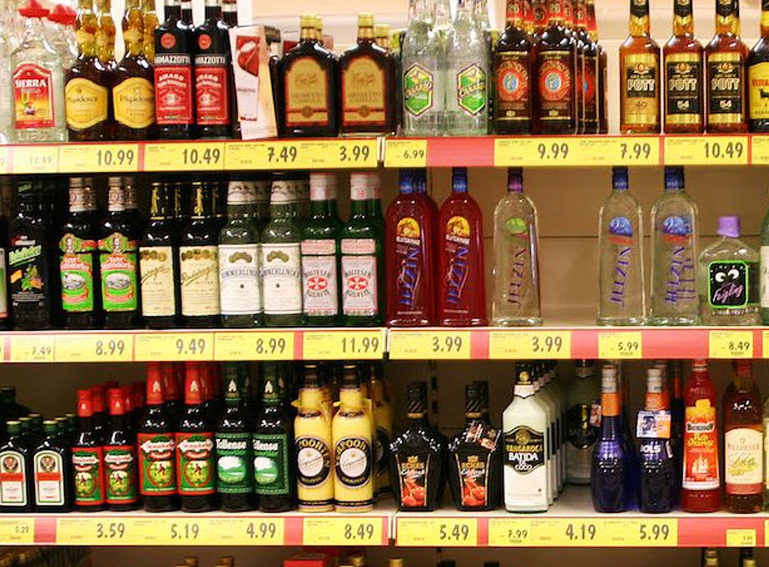 There are estimates that package store business is up as much as 30 to 40 percent nationally.

A possible indicator of how some people are getting through the pandemic: Package store sales — at many stores at least — are strong.

“We’ve been busier than normal,” said Stephen Downes, who owns CT Beverage Mart stores in Newington and three other communities.

That was the pattern from a telephone survey of owners or managers of nearly 20 package stores across the state.

It was crazy, it was like Christmas Eve in here.”

The stores “are doing well, and that’s true across the country,” said Carroll Hughes, the veteran lobbyist who serves as executive director of the Connecticut Package Stores Association. The Association represent the interests of more than 1200 licensees and has at any time 250-300 core members, Hughes said. He said he has seen estimates that alcohol sales are up as much as 30 to 40 percent nationally.

Andreo explained that owners measure their business by the number of customers and the amount each customer purchases. He and all the other owners said while customer count is down, the average purchase is “way up.”

The surge began in mid-March simultaneous with a rumor that Gov. Ned Lamont was going to shut down liquor stores. This caused a wave of panic buying.

“It was crazy, it was like Christmas Eve in here,” said Downes.

The Associated Press reported that U.S. alcohol sales were up 55% in the week ending March 21.

There is no indication that the rumor came from Lamont or his people — Hughes wonders if a liquor salesman started it — and Lamont, in fact, declared package stores essential businesses, as nearly all states did, on March 20 and let them stay open.

Nevertheless, a week or two later, possibly concurrent with April Fools Day, came another rumor via social media that Lamont would shut the stores, and there was another wave of panic buying.

That has now leveled off, but, said Hughes, good business has persisted. Why? Some people may simply be hoarding, as some are with toilet paper, out of fear that hootch will become unavailable at some point.

That bars and restaurants are closed seems to help package stores.

“People didn’t stop drinking, they just stopped drinking in restaurants,” said Hughes. Though restaurants doing takeout can for now sell alcoholic beverages for off-premises consumption, Hughes says this hasn’t as yet had any impact on package store sales.

Also, many people are making larger purchases just to reduce the number of trips they take outside the home, the same reason many buy a week or two’s worth of groceries at a time.

A solution becomes a problem

Finally, some people stuck at home may just be drinking more. A survey by the social network platform fishbowl taken online April 15 – 18 asked readers if they ever drank alcohol while working from home and 42% of nearly 13,000 responses were “yes.”  If true — the survey appears to be unscientific — this could mean some people are developing an alcohol addiction.

He said some use alcohol as a fix but it is temporary fix. “Keep doing it and the solution becomes the problem,” Dr. Allen said. He said problem drinking can sneak up people when they are most vulnerable, so that is the time to be most vigilant.

I am extremely conflicted. Sales are up but for all the wrong reasons. If I could put it back to where it was, I would do it.”

Allen, who is vice-president of addiction services for Hartford Healthcare’s Behavioral Health Network among other positions, recommended guidelines published by the National Institute on Alcohol and Alcohol Addiction, which define moderate drinking as up to one drink a day for women and two for men.

Meanwhile, package store owners are doing all they can to keep customers and employees safe. That includes some combination of social distancing, masks, gloves, curbside pickup, home delivery, online sales, sneeze guards and relentless cleaning. “I have never cleaned so much in my entire life,” said Nick Conti, who owns Sav-Rite Liquors in North Haven and three other stores. He said he wipes down his stores every half hour and his credit card machines after each use.

Some owners are helping their communities and friends who own restaurants, bars and fine food (e.g. cheese) shops. Monteleone, for example, buys take-out lunches and donates them to a food kitchen, and has bought restaurant gift certificates, which he gives to customers who buy a “handle” of a high-end bourbon. He said he is also stocking Connecticut beers from craft brewers whose taprooms are closed.

Though many stores are doing well, it is not by any stretch a happy time at your neighborhood package or wine shop, what with worrying about customers and employees as well as their own families, and seeing friends in other businesses struggle.

“I am extremely conflicted. Sales are up but for all the wrong reasons,” said Jeff Wilson, who owns Wines and More! in Milford. “If I could put it back to where it was, I would do it.”