Republicans call it dead on arrival 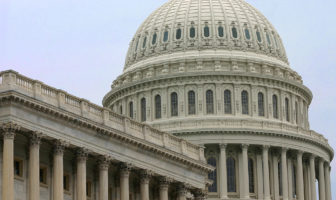 Washington – House Democrats plan to vote this week for a massive, $3 trillion bill that would provide Americans with another stimulus check of up to $6,000 per family — and send $875 billion to state and local governments to respond to the coronavirus pandemic.

The “Heroes Act,” contains additional funding for dozens of new programs established to combat the coronavirus pandemic and has money to establish new ones,  including $75 billion for mortgage relief for struggling homeowners, $100 billion in assistance for renters, and $3.6 billion to shore up elections.

The bill would also increase food stamp benefits by 15 percent and establish a $200 billion “Heroes Fund” to provide hazard pay to essential workers. Those include medical professionals, first responders and other workers — including shipbuilders like those at Electric Boat  who are working under contract or subcontract with the Pentagon for military or national security purposes

“We must think big for the people now, because if we don’t it will cost more in lives and livelihood later,” House Speaker Nancy Pelosi, D-Calif., said. “Not acting is the most expensive course.”

Republicans rejected the package immediately, calling it a Democratic “wish list” that will be ignored in the GOP-controlled Senate.

“Democrats are cobbling together a big laundry list of pet priorities,” said Senate Majority Leader Mitch McConnell, R-Ky. Like many other Republicans, McConnell accused Democrats of trying to use stimulus bills to permanently increase the scope of social programs and create new ones.

“The American people don’t need a far-left transformation,” he said. “They just need a path back to the historically prosperous and optimistic moment they had built for themselves until about 12 weeks ago.”

President Donald Trump has also objected to the Democratic proposal, saying there’s “no rush” to approve another stimulus bill until the full effect of the $2 trillion CARES Act approved in March has been determined.

Even so, Rep. Rosa DeLauro, D-3rd District, a senior Democrat on the House said she believes that the “overwhelming necessity and momentum that is in the country” will push through another aid package. 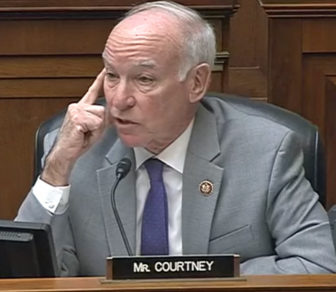 Rep. Joe Courtney says a new stimulus bill is needed because the pandemic continues to hurt the economy.

“In the time since Congress came together to pass the bipartisan CARES Act, the pain being felt by Americans all across the country has rapidly increased,” he said. “The unemployment rate is accelerating at a speed that we haven’t seen since the Great Depression, and my office has heard from thousands of families, small employers, nonprofits, and local officials who are facing steep budget shortfalls that have real-life, immediate consequences.”

Pelosi said the 1,800-page legislation may be voted on in the House Friday.

It would provide another stimulus check to most adult Americans in the amount of $1,200 and increase the amount dependent children receive from $500 that was provided in the first round to $1,200, capping the new stimulus payment at $6,000 per household.

The CARES Act provided states with $150 billion to pay for any costs directly tied to the pandemic. The new package would provide another $500 billion to the states, and give governors more flexibility to use that money.

The Heroes Act would also provide local governments with $375 billion –-split equally between counties and municipalities –and allow cities and towns with fewer than 500,000 residents to apply directly for the money, instead of through their state governments, for help. All of Connecticut’s municipalities fall into that category. Another $20 billion would go to tribal governments.

The legislation also contains $75 billion for coronavirus testing, contact tracing and isolation measures. And it would temporarily suspend, for the 2020 and 2021 federal tax years, a cap on the ability to fully deduct the amount paid in state and local taxes (SALT.) That cap is now set at $10,000, hurting taxpayers in states with high incomes and high state and local taxes, like Connecticut.

Republicans questioned what some provisions of the Heroes Act, including elimination of the SALT cap, had to do with response to the pandemic.

“The problems with this 1,815-page, multi-trillion dollar messaging bill are plain to see,” said House Republican Leader Kevin McCarthy, R-Calif. “Its central demands — changing election laws, bailing out mismanaged pensions, and temporarily suspending the cap on SALT tax deductions for millionaires and billionaires — were drafted behind closed doors, predate the crisis, and are not targeted to coronavirus. ”