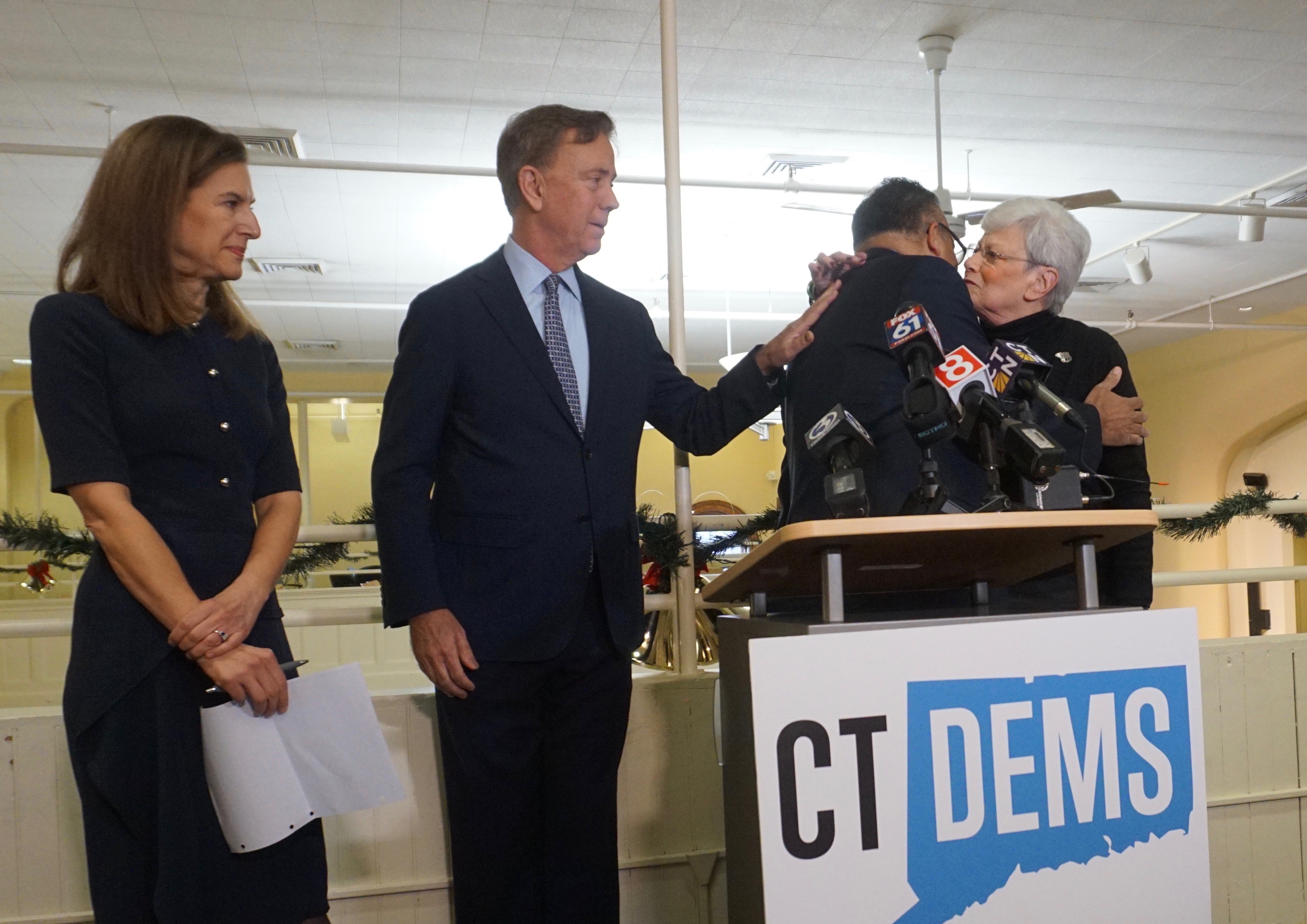 Former Lt. Gov. Nancy Wyman announced Friday she is stepping down on June 10 as the Democratic state chair, a position she took at the request of Gov. Ned Lamont after his election in 2018. She will swap jobs with Nancy DiNardo, a former state chair and current member of the Democratic National Committee.

“I’ve had an amazing career in Connecticut politics, and it has been an honor to continue to serve as party chairman. I am grateful to Gov. Lamont for giving me this opportunity, but it is time for me to step back from day-to-day operations,” Wyman said in a statement. “This is an extraordinary election year, and I hope to continue to support the party by stepping into Nancy DiNardo’s role on the DNC.”

Wyman, 74, a popular figure among Democratic insiders, helped Lamont resolve a post-election drama in 2018 over whether Nick Balletto would remain as state chair against the wishes of the governor-elect. Lamont and Balletto jointly introduced Wyman as the new chair on Dec. 13 of that year, ending an awkward struggle.

The job swap is subject to approval by the 72-member Democratic State Central Committee, which is likely given Lamont’s backing of the plan.

“It’s just time. I thought I’d do it for a year. It became 18 months.” Wyman said in a telephone interview from her office in Hartford. “It’s the right time for me.”

Wyman said she would remain active as a member of the Democratic National Committee, but  DiNardo was well-positioned to assume oversight of the state party organization.

“When I needed Nancy Wyman, she stepped up and agreed to lead our state party at a time when she could have retired from public service,” Lamont said. “Nancy’s longstanding relationships with those on both sides of the aisle, along with her deep understanding of state politics, have served Connecticut Democrats well. I am grateful and thank her.”

DiNardo was state chair for a decade, leaving the office after Gov. Dannel P. Malloy’s re-election to a second term in 2014. She was succeeded by Balletto.

The announcement was unexpected, coming five months before a presidential election.

“Nancy DiNardo is the best person to take over in the rush to the presidential and state elections,” Wyman said.

The role of a state party chair has evolved along with campaigns. The archetype was John Bailey, the Democratic chairman from 1946 until his death in 1975. He was a presence at the State Capitol, often playing a role in the passage of legislation. During his three decades in power, the state parties tightly controlled the nominating process through conventions. Today, nominating fights are more often settled by primaries, not conventions.

More recently, the state chairs are fundraisers with little or no influence on policy at the Capitol.

For the party out of power, the state chair is more visible, acting a party spokesperson. With Democrats holding all statewide and congressional offices, Wyman has been less visible.