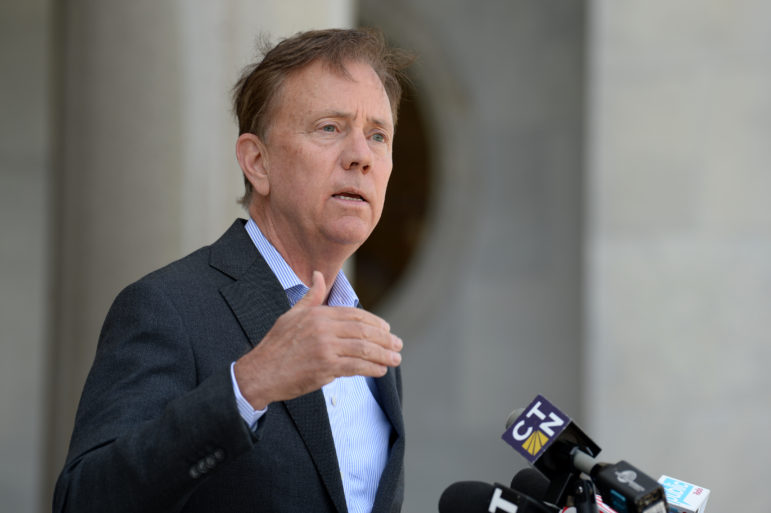 Gov. Ned Lamont says he doesn’t see a need for an extension of the federal government’s $600-a-week unemployment benefit, a program that has helped keep hundreds of thousands of Connecticut’s jobless people afloat during the pandemic.

Speaking to the Westport-Weston Chamber of Commerce about unemployment benefits on Wednesday, Lamont said: “I think sometimes it discourages work.”

“I would put off this extra $600 true-up they’re talking about,” Lamont said.“I don’t think we need that.”

Lamont’s stance runs counter to that of most congressional Democrats, who are seeking to keep the federal help flowing to the unemployed to the end of the year. They say that even as states are opening up, many jobs lost in the pandemic are gone for good.

“Unemployment insurance is vital for workers and families and is certainly critical in the coming months as economic uncertainly remains,” said Rep. Rosa DeLauro, D-3rd District. “And research shows that the more money getting into the pockets of workers, the better to spur an economic recovery.  I’m in full support of the extension as included in the Heroes Act.”

The House-approved HEROES Act — endorsed by the entire Connecticut House delegation — would extend the $600 a week federal unemployment benefits until January of 2021. These benefits are currently available to all who lost their jobs due to the pandemic, including those who had worked part-time or were self-employed.

The next – and probably final – stimulus bill will, of political necessity, be a compromise. It may not extend federal unemployment benefits – at least for the extent congressional Democrats have proposed in the HEROES Act. Negotiations over a final stimulus bill are expected to gain steam after Congress’s Fourth of July recess. 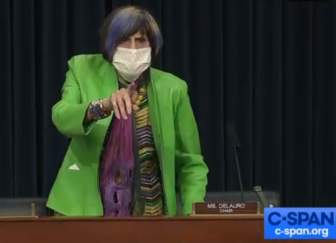 Some Republicans have said the federal benefits discourage the jobless — especially low-wage workers –from returning to the workforce and that, in turn, is forcing businesses to offer their workers more money.

Senate Republicans and the White House are expected to counter Democratic demands to extend unemployment benefits with a proposal from Sen. Rob Portman, R-Ohio, to pay a one-time $450 return-to-work bonus.

The pandemic’s tsunami of layoffs and furloughs wiped out the Lamont administration’s unemployment trust fund. The state was forced to apply for a loan of up to $1.1 billion so it could continue to pay state unemployment benefits through the end of  June.

Lamont said he’s asked Connecticut’s congressional delegation for help turning that loan into a grant. The governor said the grant is needed for him to take other actions – including raising the rate businesses pay to the unemployment insurance trust fund.

“I want the business community to know they have the first business governor in the state,” Lamont told the Westport-Weston Chamber of Commerce.

However, the money the federal government is giving Connecticut’s jobless is aimed at stimulating the economy. A drop off in stimulus money may hamper economic recovery efforts.

A historically high number of Americans, especially blacks and Latinos, are missing their housing payments and  eviction protections put in place at the beginning of COVID-19′s spread in the United States are beginning to expire.

Housing advocates expect a housing “apocalypse” when more than 30 million unemployed Americans lose the extra $600 a week in unemployment benefits. Columbia University researchers estimate that homelessness could increase because of evictions and foreclosures by between 40% and 45% this year over where it was in January 2019.

Meanwhile, in a study published in 2008, the last time the nation saw a surge in unemployment,  Mark Zandi, the chief economist at Moody’s Analytics, determined there’s a multiplier effect leading to a $1.64 increase in GDP for every dollar of unemployment benefits spent.

Last week, Treasury Secretary Steven Mnuchin said more federal stimulus – in the form of direct payments — is needed to help restart the economy. While Mnuchin did not endorse an extension of federal unemployment benefits, he said the White House may back another round of stimulus checks. “It’s something that we’re very seriously considering,” Mnuchin said.

The extended unemployment benefits and the initial round of stimulus checks was part of Congress’s $2 trillion-plus CARES Act passed in March. Qualifying American adults received a one-time payment of $1,200, and an additional $500 for every dependent claimed under the age of 17.