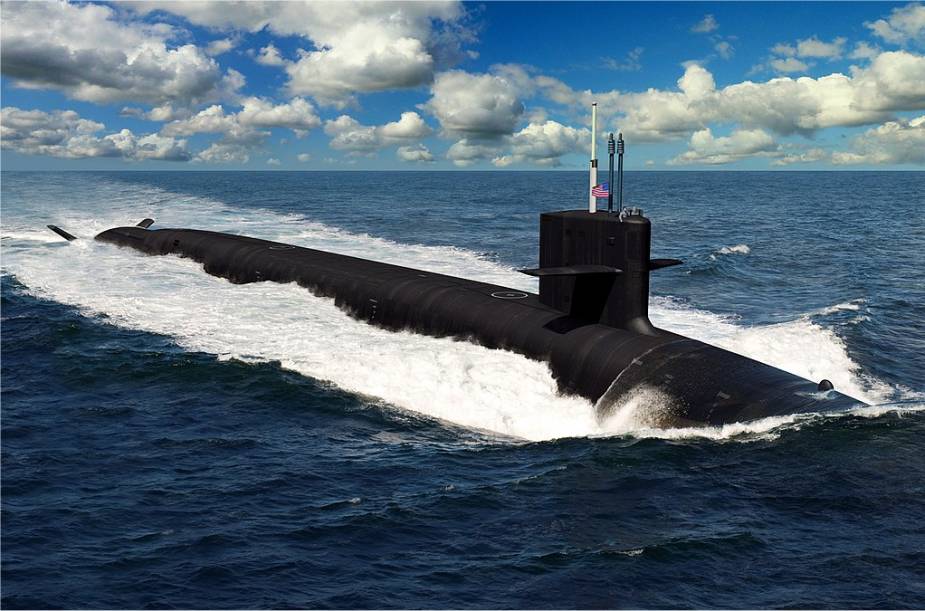 An artist’s rendering of a Columbia-class submarine.

Washington – The Navy and Electric Boat have come to an agreement on a price for the outstanding costs of the first two massive Columbia-class nuclear ballistic submarines, a $10.3 billion deal that will eventually lead to a sharp uptick  in production at the company’s Connecticut shipyard.

“Columbia is our nation’s top strategic defense priority and, as the prime contractor, we will provide the safest and most capable class of submarines in the defense of our nation,” Electric Boat President Kevin Graney said in a statement.

James Geurts, the Navy’s Acquisition executive, said there were two parts to the award.

“First, there is a $869 million  modification to the current advance construction contract, these funds have already been authorized and appropriated,” he said. “This is for continuing work we planned to do in FY 20.  Then there is a $9.5 billion dollar option which would allow the full construction of the first and second ship, which will be subject to appropriations and authorization.”

In the Pentagon’s 2021 budget, the Navy has asked Congress for about $2.9 billion for the new submarine. The rest of the money needed to build the first sub would, under the Navy’s plan, be requested in 2022 and 2023. Procurement of the second Columbia-class submarine, expected to cost $6.5 billion, would happen in 2024. 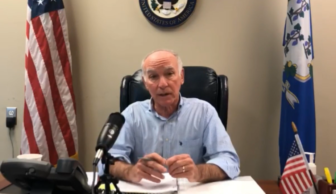 Rep. Joe Courtney hailed the $10.3 billion contract because it paves the way for construction of the first Columbia-class submarine.

“It’s a very big milestone for the program,” said Rep. Joe Courtney, D-2nd District. “We are now moving past design work and into actual production.”

Courtney, the chairman of the House Armed Services sea power subcommittee, said the awarding of the contract also “sends a powerful message” to the submarine supply chain.

“This isn’t just good news for Groton —the work that will be done on this program will fuel activity at suppliers across our state and our nation for years to come,” Courtney said.

Sen. Chris Murphy, D-Conn., said he would use his seat on the Senate Appropriations Committee “to keep these wins coming.”

“The amazing submarines built at Electric Boat that patrol the oceans defending our country are a technological marvel, and the Navy’s investment today in the future of Connecticut manufacturing will provide more highly skilled jobs for our state,” Murphy said.

As the 560-foot Columbia class will be, by far, the largest and most expensive submarine the United States has ever produced, the program has raised concerns about its impact on the Navy’s ability to afford other ships it needs for its fleet. All in, the program will cost roughly $109 billion.

“Navy officials have stated consistently since September 2013 that the Columbia-class program is the Navy’s top priority program, and that this means, among other things, that from the Navy’s perspective, the Columbia-class program will be funded, even if that comes at the expense of funding for other Navy programs,”  a recent Congressional Research Service report said.

Courtney won congressional approval for a National Sea-Based Deterrence Fund which would allow the Navy to fund the Columbia-class program outside its shipbuilding budget by shifting money to the fund from other Pentagon programs.

There are also concerns whether Electric Boat and Newport News — which are already building smaller Virginia-class subs — will have the manpower and capacity to handle the Columbia-class boats as well.

Questions about money and the industrial base led the Navy to cut from 10 to nine Virginia-class boats in its last contract with Electric Boat for these subs. The Navy, however, said it would agree to a tenth Virginia-class submarine in its “Block V”  contract if Congress could come up with the money.

Courtney said he will seek funding for that additional submarine this week as the House Armed Services Committee begins work on the National Defense Authorization Act. A Senate version of the NDAA does not include money for a tenth Virginia-class submarine.

Electric Boat’s plans to invest $1.8 billion in expanding its shipbuilding capacity in Connecticut and its shipyard in Quonset Point, R.I.

Courtney said he’s confident the shipyard can work on both the Columbia and Virginia-class boats without falling behind on deliveries.

So is Sen. Richard Blumenthal, D-Conn. “Our nation is counting on Electric Boat and its suppliers to produce the Columbia on time, and on budget, as they have done other sub classes,” Blumenthal said.

The Congressional Research Service said the Virginia-class program had previously been held up as a model of efficient procurement, as the boats were delivering on-cost and on-schedule — or at times beating cost and schedule.

“Former Navy Secretary Ray Mabus grew to joke about the program as having a punch-card rewards program to get 10 subs for the price of nine,” the CRS said.

But it said, as the program moved from building one a year to two a year, the subs stopped delivering on time. The Navy, Electric Boat and Newport News Shipbuilding are executing a recovery plan to get production back on track, the CRS said.

The coronavirus pandemic may also hinder the pace of work at the shipyards, the CRS said, as shipbuilders juggle work schedules to keep employees safe and some employees fail to come to work because of  illness or childcare issues.

But the pandemic’s real impact on the defense industry will be felt in the coming years as the Pentagon budget comes under pressure to belt-tighten because of the massive spending by the federal government on coronavirus response.

Former Deputy Secretary of Defense Robert Work, now a senior fellow for defense and national security at the Center for a New American Security,  said the pinch would not be felt this year, because its an election year and the 2021 federal budget is the result of a two-year agreement approved by Congress last year.

“I would think that if COVID exerts downward pressure on the defense budget, it would start in FY2022 and beyond,” he said.

“I think the only budget debate is whether we build one, two or three a year — and that will be determined by the size of the budget and capacity of the industrial base,” Work said.

However, Work said other weapons programs built in Connecticut, including Sikorsky’s helicopters and Pratt & Whitney’s jet engines, may not be as protected as the submarine programs.

“Helicopters and jet engines are at the highest risk should the defense budget be slashed,” he said.