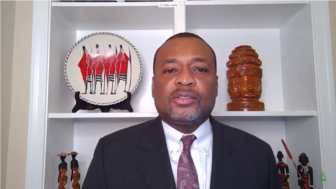 Arthur Evans, CEO of the American Psychological Association, said the nation’s mental health system had been “fragmented and underfunded for decades” before coronavirus hit.

Washington – The coronavirus pandemic has spawned an epidemic of mental health issues, witnesses on Tuesday told congressional lawmakers who are considering a wide range of mental health reforms.

Mental health experts testifying before the U.S. House Energy and Commerce Committee said the social isolation, job loss and even the coronavirus’ attacks on the human brain has led to a surge of suicides, depression, anxiety and other mental health ills.

Arthur C. Evans, Jr. chief executive officer of the American Psychological Association and former deputy commissioner for the Connecticut Department of Mental Health & Addiction Services, said the U.S. is “living through a pivotal moment in our nation’s history, facing the collision of multiple epidemics at once.” Those epidemics, Evans said, are  the COVID-19 public health emergency, a reckoning with the history of racism and the nation’s ongoing opioid and substance abuse epidemic.

Lawmakers on the Energy and Commerce Committee are considering nearly two dozen bills – many of them bipartisan – that aim to address gaps in the nation’s mental health system. They range from legislation that would tighten requirements for insurers to cover mental health treatment as they do physical accidents and illnesses, to bills that focus on the high suicide rates among emergency responders and others that would strengthen suicide prevention efforts in the nation’s schools.

Democratic leaders signaled the legislation could come to the House floor this year, possibly as part of the next coronavirus-relief package. A boost in funding for mental health services was considered key to any substantive reform.

Evans said that even before this “breaking point,” the nation’s mental health system had been “fragmented and underfunded for decades.”

“Fewer than half of individuals with a diagnosable mental health problem receive treatment due to various social, financial, and systemic barriers,” Evan testified. “For those who do get treatment, help is usually in the form of a prescription for a psychotropic medication, and these prescriptions are usually written by a non-psychiatrist physician.”

Arriana Gross, 15, a youth advisory board member of violence prevention group Students Against Violence Everywhere Promise Club, an offshoot of Sandy Hook Promise, told lawmakers that suicide is the second largest cause of death for students.

“However, unlike other tragedies that are accidents, this one is preventable,” Gross said. “Seventy percent of students who die by suicide will show a warning sign or tell a friend.” 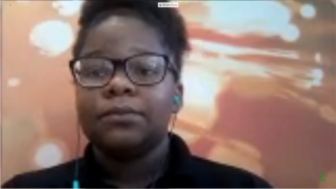 She urged lawmakers to support programs like the SAVE Promise Club, initiated to stop violence and suicides in the nation’s schools.

“COVID is only making this worse,” she added. “For some students, home isn’t the safest place, and with no place to go and no one to go to from our schools, it has become very stressful, lonely, and even dangerous for some students,” she said.

The anxiety the pandemic has unleashed is quantifiable in the sharp increase of calls to crisis hotlines.

For instance, the federal Substance Abuse and Mental Health Services Administration’s Disaster Distress Helpline ended the month of April with a 890% increase in the number of calls from April of the previous year.

Advocates say Congress has short-changed mental health care during the pandemic. Congress dedicated $425 million to behavioral health through the CARES Act, but that amounted to less than 1% of the bill’s total spending.

“It all revolves around the money. As we know you see what’s important based on what you spend your money on,” said Patrick Kennedy, a former congressman and founder of the Kennedy Forum, a behavioral health advocacy group. 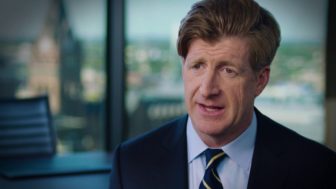 Jeffrey L. Geller, president of the American Psychiatric Association, said people are experiencing “a general feeling of helplessness” because of the pandemic.

“People don’t  have contact with family members they have used for support. People are losing their families and they can’t go to their funerals,” he said.

He said those who were depressed before the pandemic “are getting worse,” and many others have become depressed during the coronavirus’s attack on U.S. society. Geller also said the virus’s effects on the brain, which includes strokes, “are also increasing suicides.”

A new study, released Friday by the Well Being Trust, factored in isolation and uncertainty when it calculated the expected deaths from suicide, alcohol and drugs.

The likely toll from these “deaths of despair” was the loss of an additional 68,000 lives, the study said.

In Connecticut, these “death from despair” could account for an additional 23.7 deaths per 100,000 residents each year until 2019 if the recovery is at a medium pace.