Gov. Lamont throws out a first pitch … to the Toronto Blue Jays 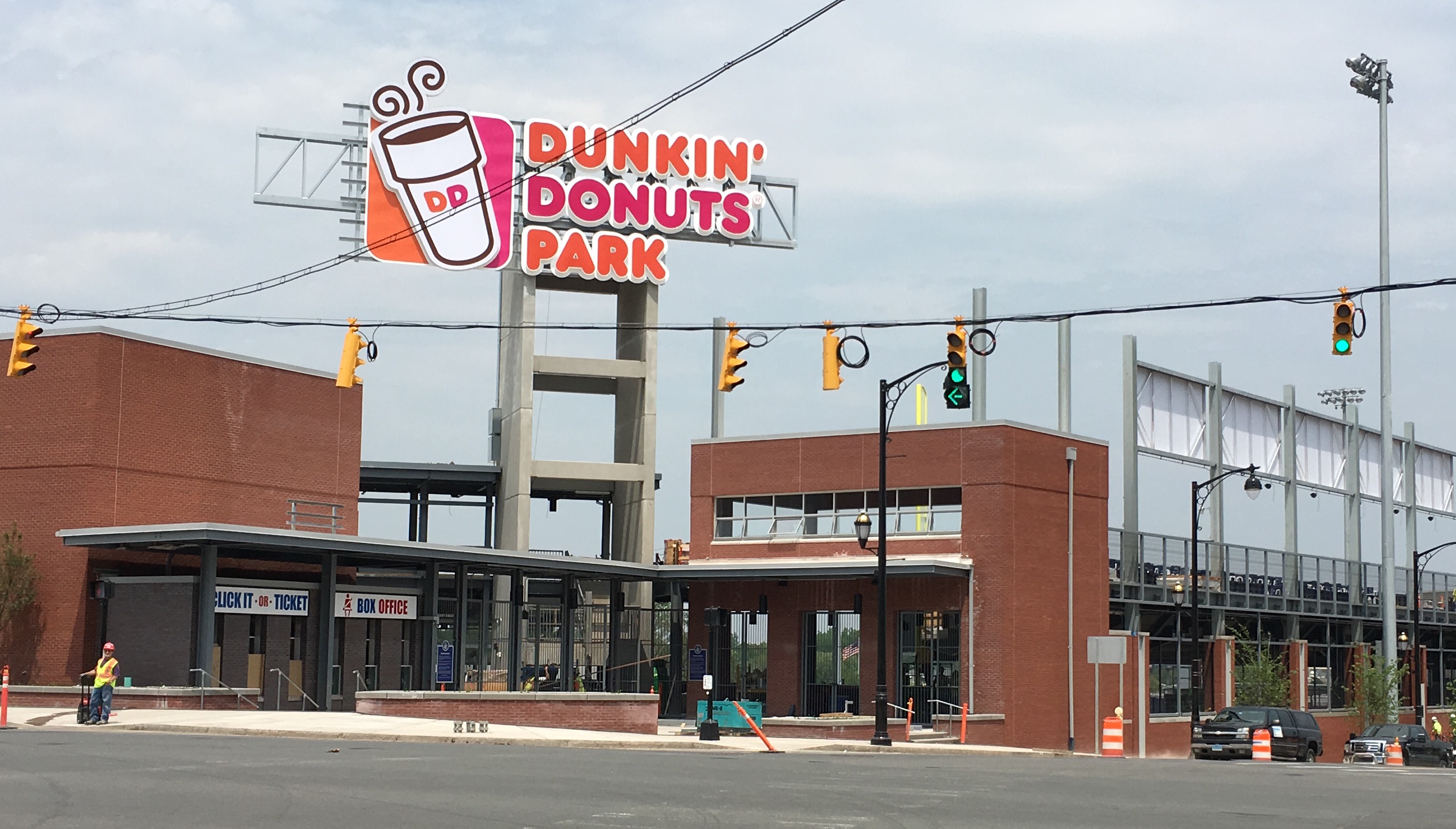 As Major League Baseball opened its abbreviated season Thursday, Gov. Ned Lamont revealed his pitch to lure the Toronto Blue Jays to the capital city for 2020.

“We’ve had a couple of conversations, informally with the Toronto Blue Jays,” Lamont told reporters following a late morning education announcement at Tunxis Community College in Farmington. “I think the Yard Goats’ stadium would be a pretty nice place for them to be this year.”

The governor quickly clarified that he hadn’t spoken directly with executives for the major league franchise, but had passed the invitation through common associates.

He also noted the Blue Jays are exploring other options and Connecticut’s pitch is nothing more than that — for now.

Hartford Mayor Luke Bronin said “The city, the state and the Yard Goats have all been in close communication and we are ready to work quickly and closely together to make it happen if possible.”

Bronin added that “we would love to host the Blue Jays and think that Dunkin’ Donuts Park could be a great facility.”

Spokespeople for the Blue Jays and the Yard Goats could not be reached for comment Thursday afternoon.

But Tim Restall, the Yard Goats’ president, wrote in a statement that ”Given the State of Connecticut and the City of Hartford’s diligent work in combatting the coronavirus, the availability of the award-winning Dunkin Donuts Park, and our centralized location in the Northeast, the Yard Goats would be honored to host the Toronto Blue Jays, if given the opportunity.”

Several developments, all tied to the coronavirus pandemic, make the Hartford stadium a possible destination for major league baseball this year.

After delaying the spring opening of its season for months, MLB announced in late June it would launch an abbreviated season — 60 games down from the normal 162 — on July 23, with empty stands and strong testing requirements.

But the Blue Jays, the only major league franchise north of the border, announced July 18 the Canadian government had barred the team from playing games at home because of the pandemic.

Meanwhile, dozens of minor league parks around the United States, including Hartford’s, are vacant because of the coronavirus.

MLB announced on June 30 that all of its minor-league affiliates would sit out 2020. Unlike major league teams, minor level organizations don’t enjoy lucrative television and other media contracts, and rely heavily on ticket and concessions sales — risky endeavors during the pandemic — to balance their books.

With that as backdrop, Lamont said, “I reached out about a week ago. I think it’d be a nice thing” to put Hartford’s ballpark to use.

Though fans couldn’t attend, the capital city has nearby hotels that could support the Blue Jays and visiting teams, the governor said.

The governor said he was confident bringing major league baseball to Hartford under these conditions could be undertaken safely from a health care standpoint.

“Baseball would be in sort of their own bubble,” he said, adding players would be expected to show negative COVID-19 test results before entering or returning to Connecticut from road trips.

And while Lamont didn’t discuss any potential financial benefits, there would be some.

For example, when the Boston Celtics played a handful of NBA games each season in the 1990s at the XL Center — known then as the Hartford Civic Center — Connecticut was able to collect income taxes on a portion of the players’ earnings.

The Blue Jays investigated sharing the home stadium of the Pittsburgh Pirates, PNC Park, but MLB.com announced Wednesday the Pennsylvania Department of Health had blocked the arrangement.

The Blue Jays also could opt to play all of its 60-game season on the road. Ironically, the Yard Goats were forced to play an entire season away from home in 2016 when construction delays pushed the opening of Dunkin’ Donuts Park back one year into 2017.