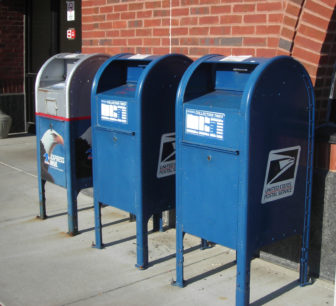 Washington – Connecticut Democrats said Tuesday they are not satisfied with Postmaster General Louis DeJoy’s new promise to postpone changes in U.S. Postal Service operations that would delay the delivery of mall, including the timely receipt of mail-in ballots.

That plan, which DeJoy said must be implemented to save the cash-strapped agency, includes  service reductions, an end to overtime pay, and removal of mail sorting machines and public collection boxes.

Although DeJoy said on Tuesday he would postpone making those changes until after the Nov. 3 general election, Tong said the postmaster’s word is insufficient. He is seeking “a commitment in writing in front of a judge.”’

“I’m not going to stop until I have a judicial decree,” Tong said. The action he joined is led by the attorney general of Washington State. Another group of state Democratic attorneys general are filing a similar lawsuit in a Pennsylvania federal court.

DeJoy’s rollback comes as lawmakers prepare to question him and USPS board of governors Chairman Robert M. Duncan about the USPS’s policy changes at hearings in the U.S. Senate on Friday and Monday before members of the U.S. House.

Those changes have already caused mail slowdowns. The USPS has warned every state, including Connecticut, that it cannot guarantee that all ballots cast by mail for the Nov. 3 election will arrive in time to be counted.

Rep. John Larson, D-1st District, said he welcomes the apparent “change of heart” by the administration, but added that it would not have occurred without public uproar to DeJoy’s plans. Larson also said he is aware that the measures DeJoy promised to delay are only some of the those planned for and in any event would not be permanent.

“The USPS is also in dire need of funding and these looming changes are concerning,” Larson said.

Concerns about DeJoy’s changes to the postal service earlier this week prompted House Speaker Nancy Pelosi, D-Calif., to cut short a congressional break and call lawmakers back to Washington D.C. on Friday. They have scheduled a rare Saturday vote on a bill that would prevent changes to the Postal Service and provide it with $25 billion in emergency funding.

After DeJoy’s announcement Tuesday, Pelosi said she nevertheless intends to follow through on her plans for a vote on the legislation.

“Postmaster General DeJoy’s announcement of what may be a temporary pause in operational changes delaying the mail is a necessary but insufficient first step in ending the president’s election sabotage campaign,” Pelosi said. “This pause only halts a limited number of the Postmaster’s changes, does not reverse damage already done, and alone is not enough to ensure voters will not be disenfranchised by the president this fall.” 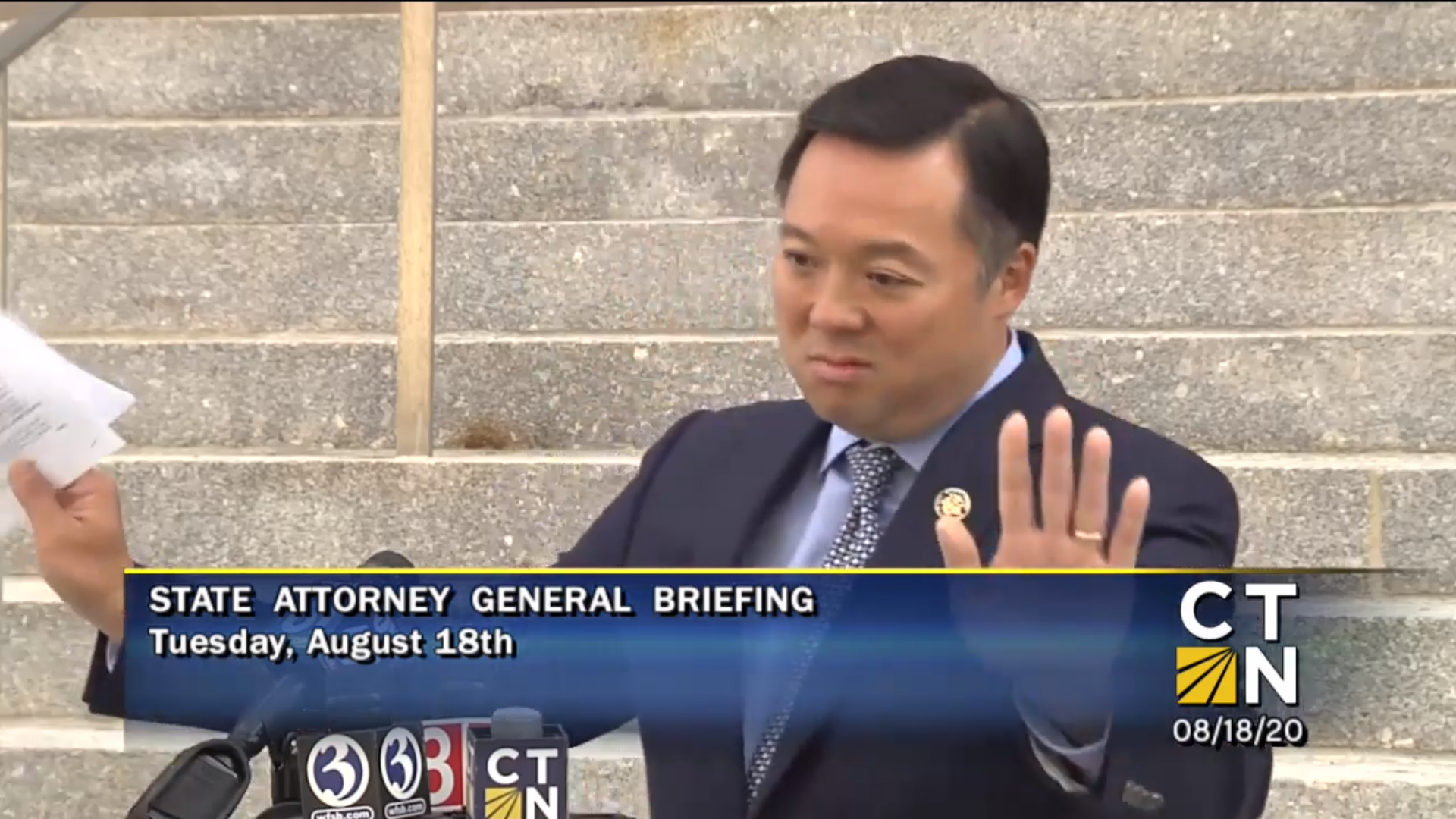 “This Postmaster General has zero credibility, so Congress must still act,” Blumenthal said. “Delays, cutbacks, and downsizing of the U.S. Postal Service have already taken a toll.”

A former logistics executive and major Trump campaign and GOP campaign donor, DeJoy made his organization changes swiftly after taking office in June, resulting in mail delays in localities across the country that ensnared prescription medications and election mail during some mid-summer primaries.

Tong cited incidents in Connecticut in which voters received their ballots in the days after  the state’s Aug. 11 primary or on the day of the election.

The lawsuit he’s joined on Connecticut’s behalf accuses DeJoy of failing to follow the rules for implementing changes, including the removal of mail collection boxes, without the approval of the postal board of governors. The lawsuit also says the postmaster violated the U.S. Constitution by implementing a policy that prevents voters from casting a ballot.

The lawsuit cites President Donald Trump’s words and tweets against mail-in voting and connects them to the DeJoy’s actions, saying the president has attacked mail-in voting more than 70 times “without supporting evidence.”

“DeJoy instituted these ‘transformative’ changes following repeated statements from President Trump evincing a partisan political motive for making it harder to vote by mail, such as his statement that ‘mail-in voting will…lead to the end of our great Republican Party,” the lawsuit says.

Trump also said last week he opposes emergency funding for the postal service because he doesn’t want to see it used for mail-in voting this November. 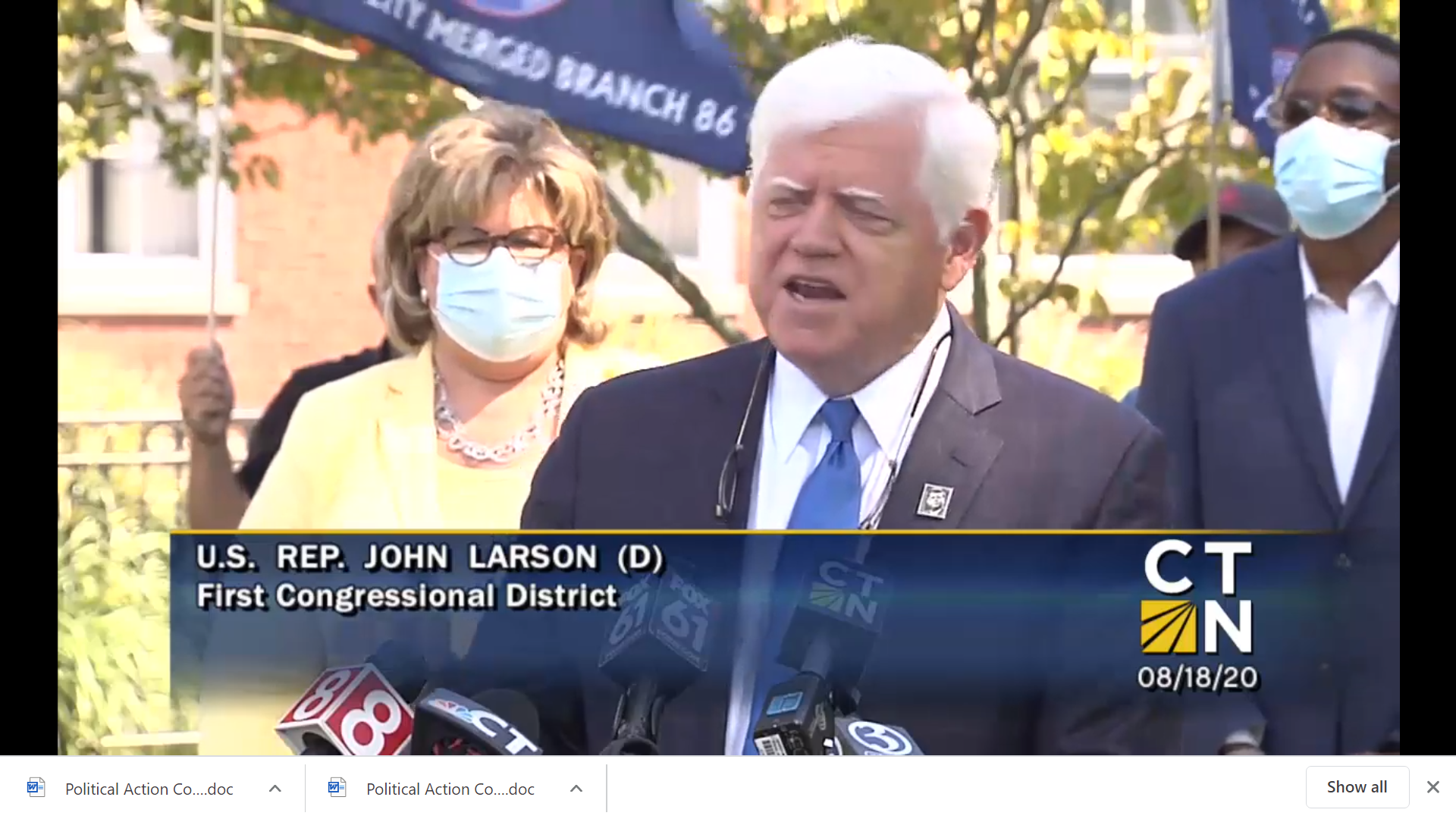