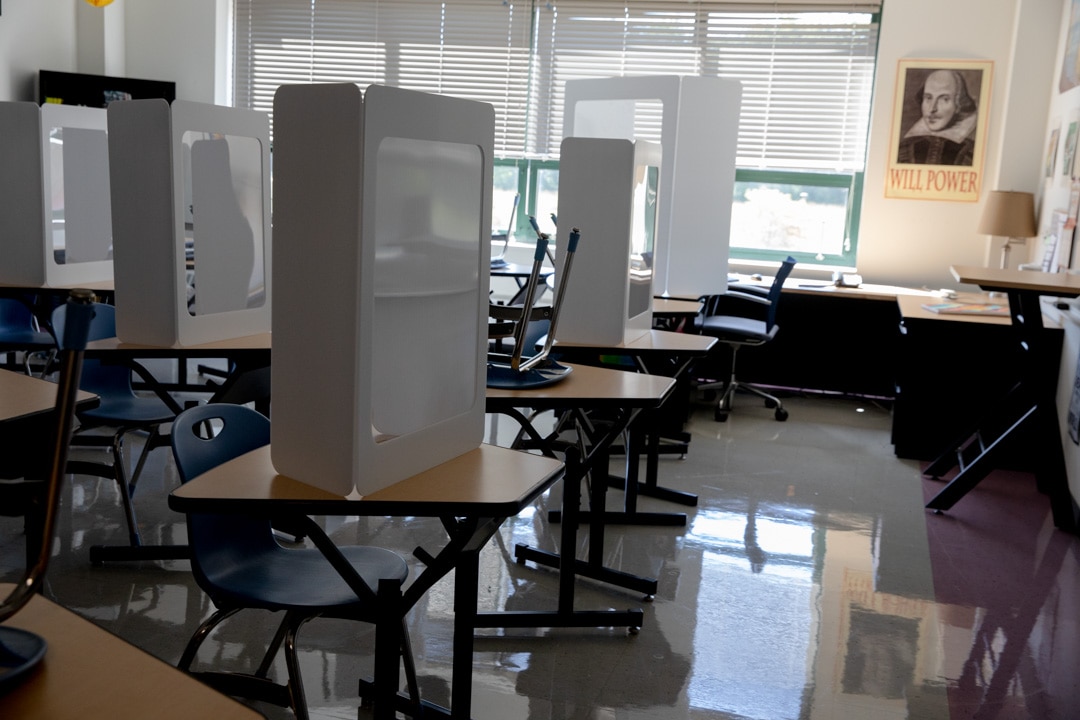 A classroom is set up for the fall semester at Middletown High School. There will be an empty desk between two students. High school students will have to carry their desk shield assigned to them when moving to another class and submit it at the end of the day for sanitization.

Superintendents were informed Friday that they’ll be getting a fraction of the state funding they requested to help with the additional costs of fully opening schools during COVID.

New Haven – the state’s largest district – will get $5.4 million, about one-third of what the district told the state it needed to hire additional staff and buy cleaning supplies to deal with the pandemic. Likewise, Bridgeport is getting $3.7 million of the $12.5 million it asked for.

Statewide, $130.8 million will soon be doled out by the State Department of Education – far short of the $420 million districts told the state recently they will need to open safely. Some of the gap may be covered with any leftover from the $100 million in federal funds districts received last school year to help switch to remote instruction when schools abruptly shut down.

How much each district received was pro-rated based on enrollment and the amount requested and some reimbursements were only available for districts where at least 40% of the students come from low-income families.

The state’s 10 lowest-performing “Opportunity Districts” will receive $44 million – 34% of the funding awarded, despite being responsible for educating just 20% of Connecticut’s public school students.