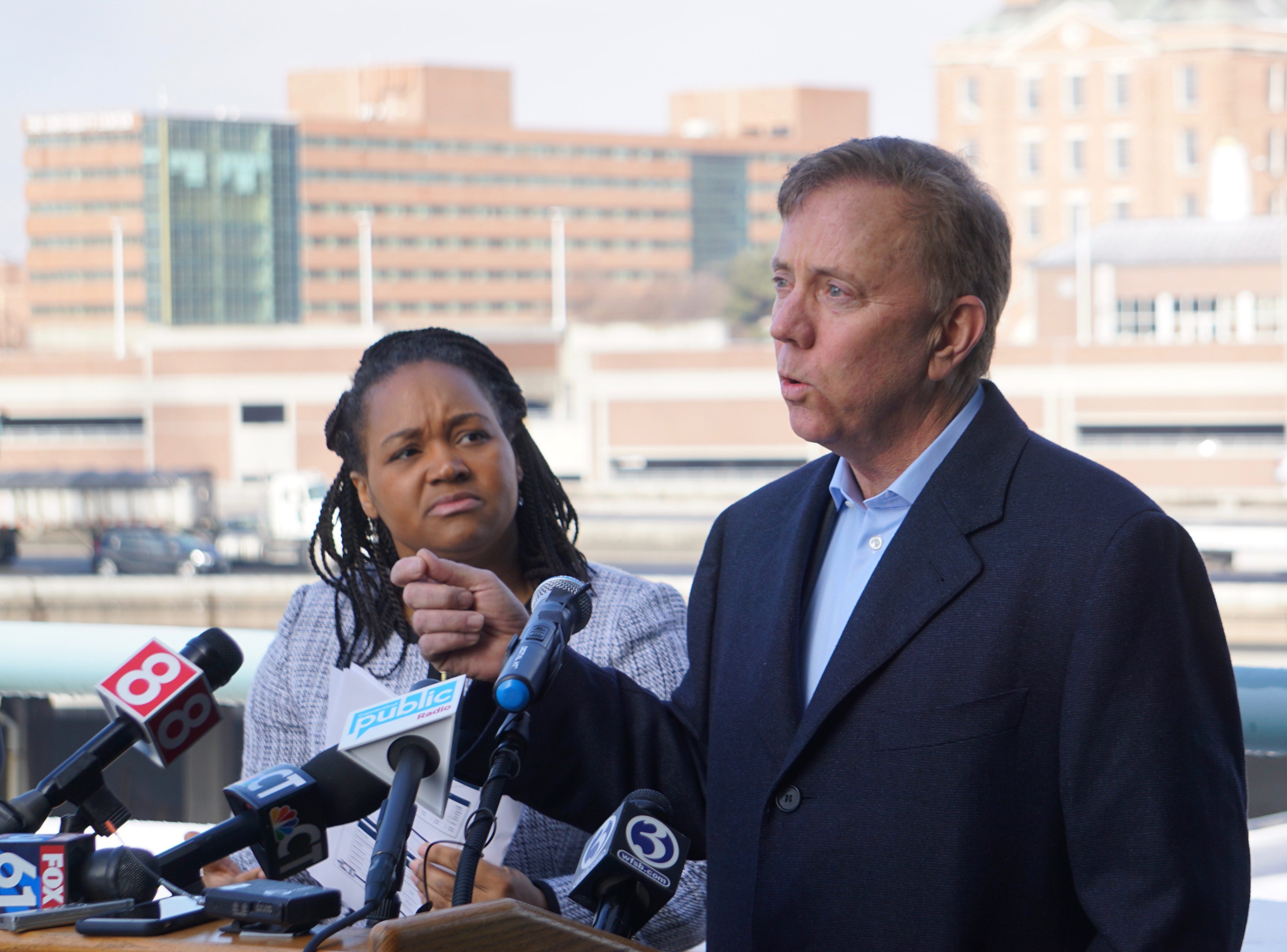 The coronavirus continues to hit Connecticut’s economy hard, and — at least on paper — state finances are feeling the pain as well.

But things might not be as dire as they seem.

Though Gov. Ned Lamont’s administration projects a whopping $2.1 billion deficit for the new fiscal year, which began July 1, that is based partly on pessimistic stock market projections from April that — at least so far — haven’t come to pass.

“It’s very early on in the process, so we’ll have to watch that closely and adjust as things move forward,” Lembo said during an afternoon press conference, urging Lamont to stay in close consultation with legislative leaders. The budget “should not be on auto-pilot. It needs maintenance.”

Some legislators want to crack open the state’s record-setting $3 billion rainy day fund, which Lamont has been loathe to do. Others fear the governor will pursue emergency spending cuts amidst the pandemic — which also hasn’t happened yet.

The governor spoke on May 1 about the need for summer or fall spending cuts. But stocks were struggling at that time and Connecticut — which gets close to one-third of its income tax receipts from investment-related earnings — was anticipating unprecedented shortfalls.

Lamont warned then that a $2.5 billion budget reserve was shrinking and that the new fiscal year would open on July 1 with an even larger built-in deficit or $2.7 billion or more.

Instead the rainy day fund exploded past $3 billion — exceeding its legal limit of 15% of annual operating expenses. And the deficit for the new fiscal year, though still huge, was downgraded from $2.7 billion to $2.1 billion.

Three months ago, administration officials warned state government would finish the 2020-21 fiscal year with an empty reserve and $500 million in operating debt — unless it cut spending and increased revenues.

Now it expects to wrap the year with more than $900 million still in the bank — and that’s assuming Congress doesn’t grant any additional pandemic relief to states.

And there is another reason to question whether even the $2.1 billion deficit forecast is too bleak.

The administration assumes income tax receipts tied to quarterly filings — which are dominated by capital gains, dividends and other investment earnings — will drop 32% this fiscal year. That’s a hit of nearly $800 million.

But since then, some key numbers have been very rosy.

A recent survey by the Washington, D.C.-based Center on Budget and Policy Priorities found only three states that fared better than Connecticut in terms of hitting their tax revenue projections for the fiscal year that ended June 30.

Approximately 250,000 Connecticut residents still are collecting unemployment benefits and many businesses, particularly in the leisure and hospitality sector, are operating at reduced capacity or are closed entirely.

“An unprecedented COVID pandemic and the impact on CT’s economy and budget will require continuous monitoring, adaptation and agility,” Melissa McCaw, Lamont’s budget director, told the CT Mirror last week. “We will have to be spry on our fiscal feet.”

And while state income tax receipts surged this summer, most involved earnings in 2019 before the pandemic struck, McCaw said.

The Lamont administration also is projecting multi-billion-dollar deficits for the next two fiscal years, so even if the outlook is less grim than anticipated in 2020-21, the state still could be grappling with deficits for years to come.

“I can see a scenario where things are better than the forecast would lead us to believe,” Lembo said Tuesday, adding the administration’s deficit projections are based on limited data and a pandemic-induced recession that defies prognostication.  “Are they cautious? Yes. Are they overly cautions? I don’t know if anyone has enough information to know is that is true yet.”

Lembo, one of those who spearheaded efforts to force state government to save more tax receipts during the past three years, added that regardless of how the numbers work out, Connecticut almost certainly is better prepared than most other states to maintain key services and programs during the recession.

For the second time this year, legislators will not address health equity reform during a special session.

On COVID, Gov. Ned Lamont is either cautiously optimistic or optimistically cautious. Either way, he thinks Halloween is on.

Doubts about COVID-19 vaccine have spurred calls for transparency from Pfizer, other pharmaceuticals

'The trust is not there,' said Yale cardiologist Harlan Krumholz.