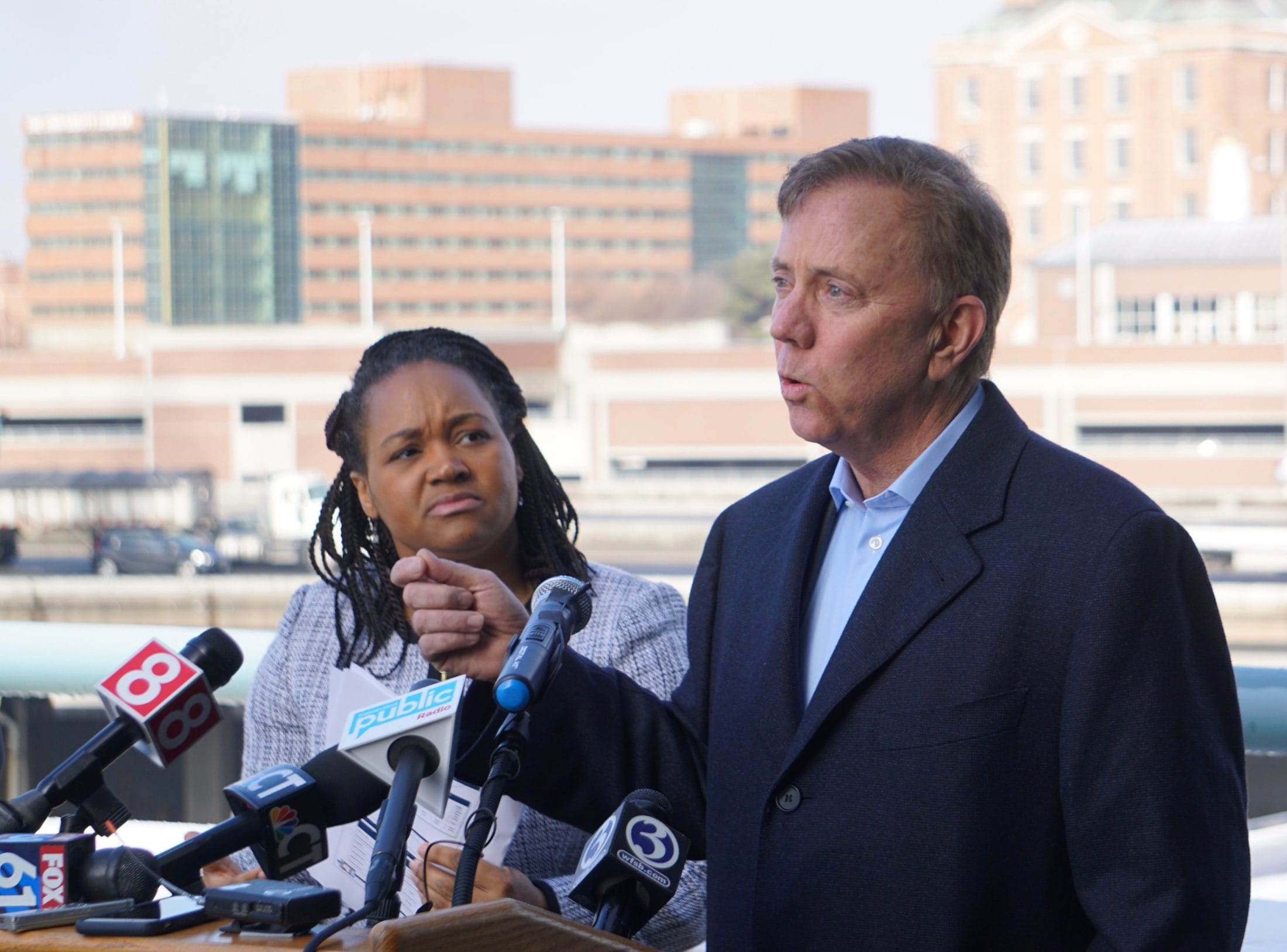 Lamont hinted last week that his plan for managing the $2 billion deficit — in the short term — largely consists of reminding legislators that state government has a bigger pile of cash, just over $3 billion, squirreled away in its emergency reserve.

“We do have the seventh-largest rainy day fund in the country,” Lamont said during a media briefing last Friday.

More importantly, he added, the pandemic-related chaos — hundreds of thousands of unemployed people and a volatile stock market — are making it hard to predict revenues. The failure of Congress to pass a third wave of coronavirus relief for states this past summer didn’t help either, Lamont said.

The governor is required by law to present legislators with a deficit-mitigation plan within one month whenever the comptroller certifies a shortfall in the General Fund — which covers the bulk of the budget’s annual operating costs — in excess of 1%.

Legislators wouldn’t be disposed to slash spending or order big tax hikes — pandemic aside — in a state election year. Regardless, they aren’t required to act on the plan Lamont will deliver Thursday, only to receive it.

But legislative resistance isn’t the only reason the governor isn’t likely to push for drastic action right now.

Melissa McCaw, Lamont’s budget director, thought as recently as early May that Connecticut would end the 2019-20 fiscal year hundreds of millions of dollars in deficit — and face a built-in gap of $2.7 billion when the new budget began on July 1.

Instead Connecticut’s rainy day fund grew from $2.5 billion to a record-setting $3 billion after the last fiscal year, and the $2.1 billion shortfall that’s currently projected — though daunting — is much better than $2.7 billion.

State income tax receipts came in much better than expected this summer. Capital gains and other investment-related earnings didn’t take anywhere near the hit analysts feared they would, and the stock market has recovered most of the value it lost in the first two months after the pandemic began.

The other reason Lamont isn’t expected to propose massive cuts or major revenue hikes is simply because he doesn’t have to.

If the deficit isn’t eliminated when the fiscal year closes next summer, the state simply can balance the books by drawing down on its reserves — and the plan the governor must submit Thursday is expected to reference that option.

That doesn’t mean Lamont has no tools to whittle the deficit down now. Existing law gives the state’s chief executive broad discretion to reduce most accounts unilaterally by up to 5% whenever “the governor determines that due to a change in circumstances since the budget was adopted certain reductions should be made.”

But governors rarely reduce General Fund spending by more than 2% with this authority.

Municipal aid, which totals about $3 billion in a $20 billion General Fund, cannot be reduced without legislative approval.

And other spending areas, such as debt payments and unionized employees’ salaries and benefits, effectively are excluded from deep rescissions because of contractual obligations.

It also makes little fiscal sense to rescind much spending in the $2.8 billion Medicaid line item. A federal program that covers health care for low-income residents, Medicaid generally reimburses the state 50 cents or more for every $1 spent.

Lamont also reminded reporters last Friday that he and McCaw still have nine more months left in the current fiscal year, and could ask legislators to consider a more extended deficit-mitigation effort this winter, once the economic and revenue pictures hopefully become clearer.

Opinion This is not my dad’s deal

My father recently died after being very ill for several months. As one does, I’ve taken to thinking about his life. In many ways he had a very ordinary and stable life, but one that feels increasingly improbable for so many of us now.

Opinion Fear of walnuts and other scary things

The other day while I was raking leaves beneath our black walnut tree — and picking up scads of fallen walnuts— guess what happened? Ker-plunk! Took one right on the melon. Add them to the list of things to fear, or at least be wary of. Are you worried about sharks? Forget about them! Sharks kill a measly 10 humans a year worldwide.