All five of CT’s congressional incumbents are reelected 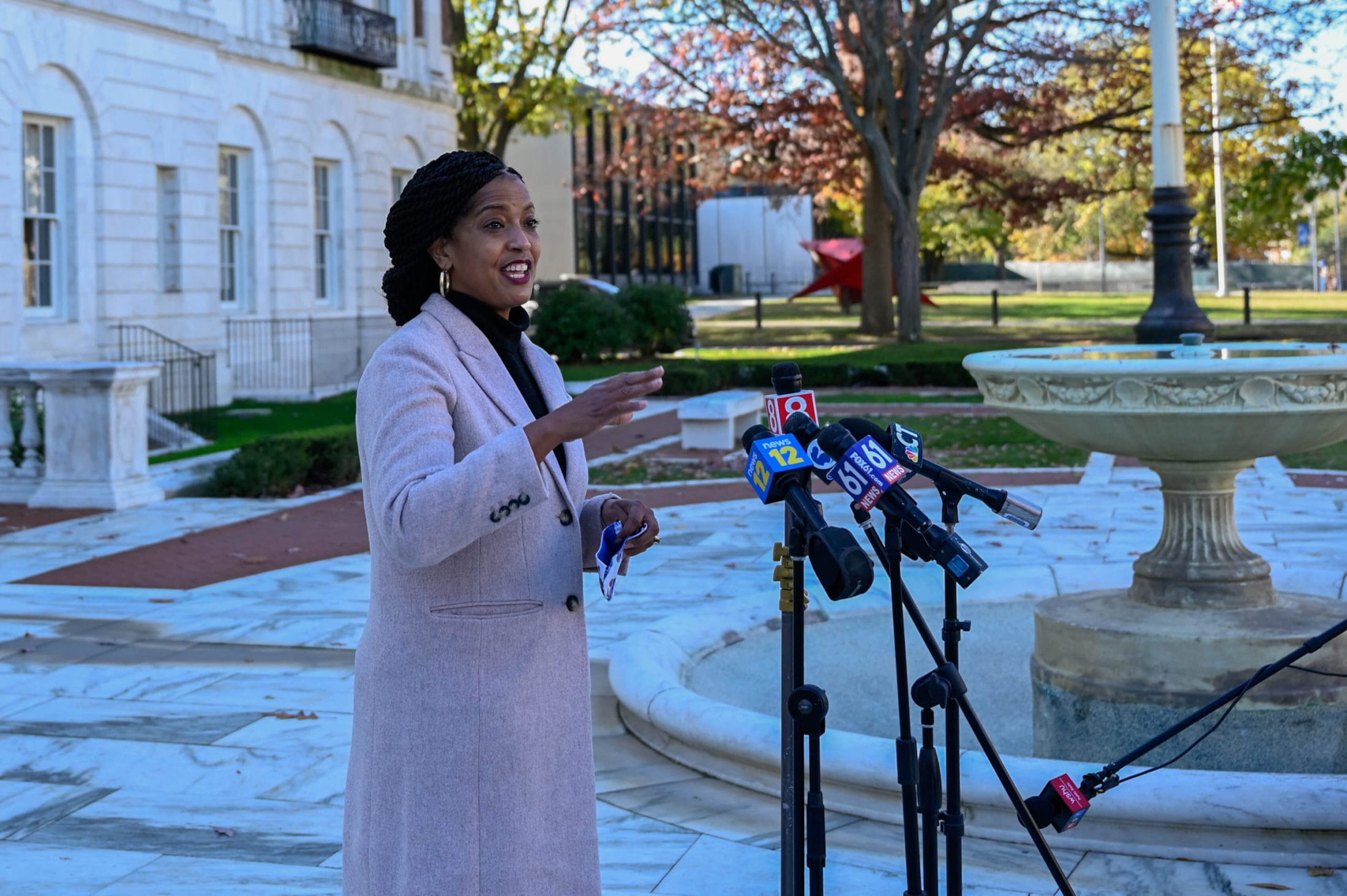 Jahana Hayes declared victory Wednesday in her bid for a second term. Hayes, who spoke outside Waterbury City Hall, thanked her supporters.

The final votes are not yet tallied, but U.S. Reps. John Larson, Jim Himes, Joe Courtney, Rosa DeLauro and Jahana Hayes — all Democrats — have declared victory in their respective races.

The outcome was clear early for Larson, Himes and even DeLauro, who faced an aggressive challenge. Courtney and Hayes publicly acknowledged their victories Wednesday morning.

“With unprecedented turnout and a significant number of mail-in ballots to count last night, I waited to comment on the outcome until our hard-working local election officials had the time they needed to count the votes and record the voice of the voters of our district and state,” Courtney said. “With nearly all precincts now reporting, I am deeply grateful that the voters of our region have given me the chance to represent them again in the upcoming 117th Congress.”

Hayes, who faced an unexpectedly strong challenge from former prosecutor David X. Sullivan, spoke to supporters Wednesday at noon outside Waterbury City Hall. She acknowledged Sullivan’s concession in the race for the 5th Congressional District, joking as she walked away from the press conference “this is my victory party.”

Sullivan conceded Wednesday morning. “I was proud to be an advocate for Republican principles and ensure our voters continue to be heard,” he said.  “While I am personally disappointed in the outcome of the election last night, I respect the results and offer my congratulations to Congresswoman Jahana Hayes.  There are many challenges ahead for our state and nation, and we should all work together, in a spirit of cooperation, to resolve the issues before us.”

Independent candidate Bruce Walczak was also a candidate in the race.

DeLauro, D-3rd District, claimed victory late Tuesday. “Tonight we celebrate, and tomorrow the work begins,” she said. She ran against wealthy businesswoman Margaret Streicker, who put more than $1.6 million of her own money into her campaign and mounted a vigorous effort. Justin Paglino of the Green Party also sought DeLauro’s seat.

“I think it’s a safe bet that I’ve won,” said Larson, D-1st District, shortly after the polls had closed Tuesday. In pursuit of his 12th term representing the heavily Democratic district, he was amassing a margin of victory of nearly two to one as the count continued.

Larson’s Republican opponent, West Hartford council member Mary Fay, had not called to concede at the time, he said. “But she could be trying to call.” Thomas McCormick of the Green Party was also in the 1st District race. 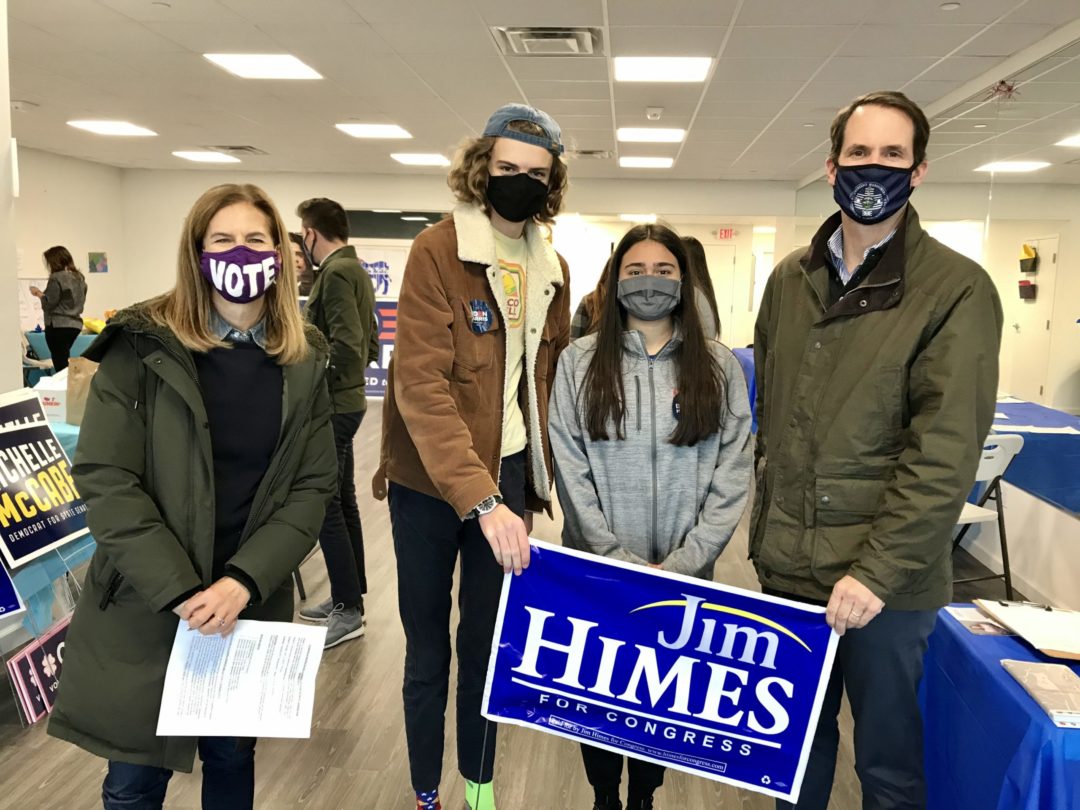 “I am am enormously grateful to my constituents,” Himes said. The ongoing pandemic, he said, has made this “a very unconventional election.”

Himes also said he was “humbled” by his win and predicted a final tally of votes would show he won re-election by a wider margin than two years ago.

Courtney, D-2nd District, waited until Wednesday morning to issue a statement, commenting on the “unprecedented” nature of the election and thanking election officials and his opponents: Republican Justin Anderson;  Dan Reale, a Libertarian, and Cassandra Martineau of the Green Party. Courtney’s district encompasses the entire eastern half of the state — which includes a dozen small towns that favored Trump.

“Running for office is not easy in a normal year,” Courtney said, “and this year was a particularly challenging time for anyone to put themselves forward and run a campaign. Each of these candidates ran campaigns that were focused on the issues at hand for eastern Connecticut. It was always a pleasure to interact with them throughout this process, and I commend them for their hard work.” 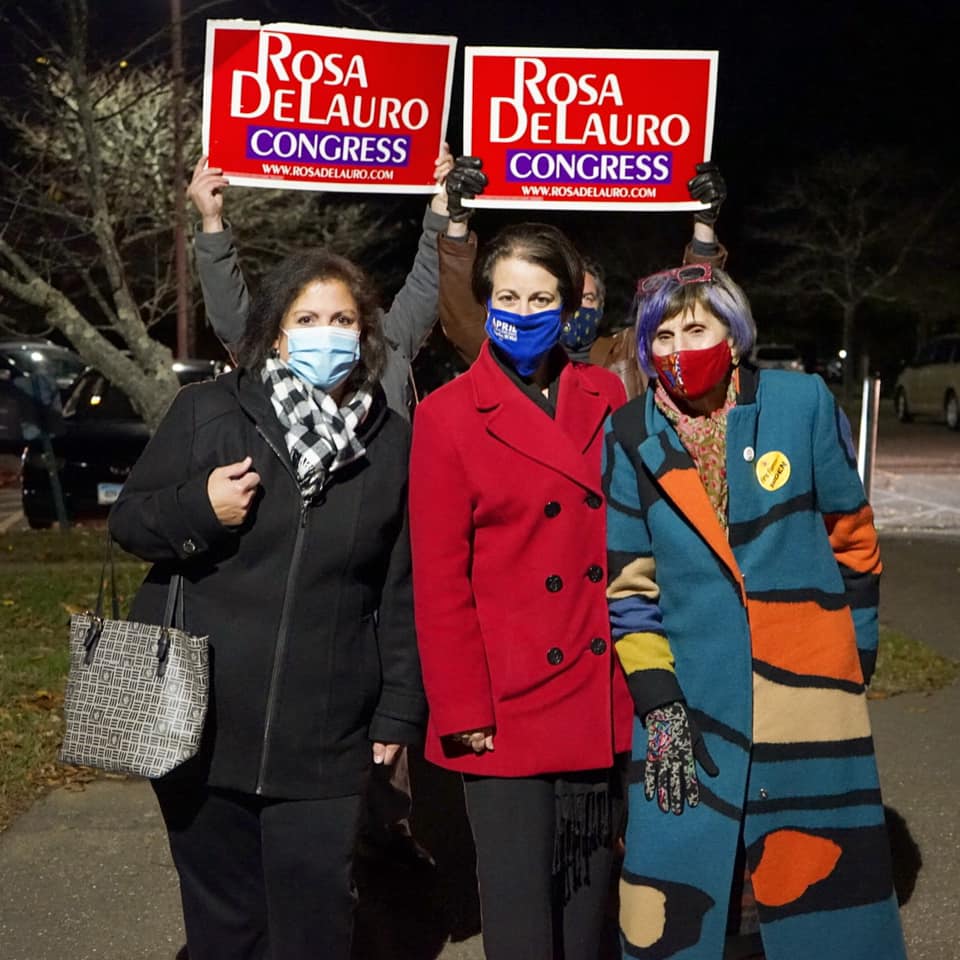 Nathan Gonzales, editor and publisher of Inside Elections, a nonpartisan political newsletter, said it’s hard for challengers to unseat incumbents in any election year.

“In most cases, the incumbent starts with a significant advantage in name ID, fundraising, and the ability to communicate with constituents through the duties of their office,” he said.

Gonzales also said “incumbents are also generally in alignment with the partisanship of the district, so challengers are either hoping the partisan behavior of the district changes or they have to persuade enough voters to split their tickets.”

Democrats were projected to keep their majority in the U.S. House.

Weeks after the election, Secretary of the State’s efforts to monitor disinformation campaigns ended

For weeks, an intelligence analyst monitored social media for the Secretary of the State's office. Then her contract ran out.

Hundreds of protestors press lawmakers as they return to the Capitol

Hundreds of protestors gathered Wednesday outside the Capitol, pressing returning lawmakers to reject mandatory vaccinations and coronavirus-related restrictions on gatherings.

It hasn't been a good two weeks for tallying votes in the 90th House District of Cheshire and Wallingford.