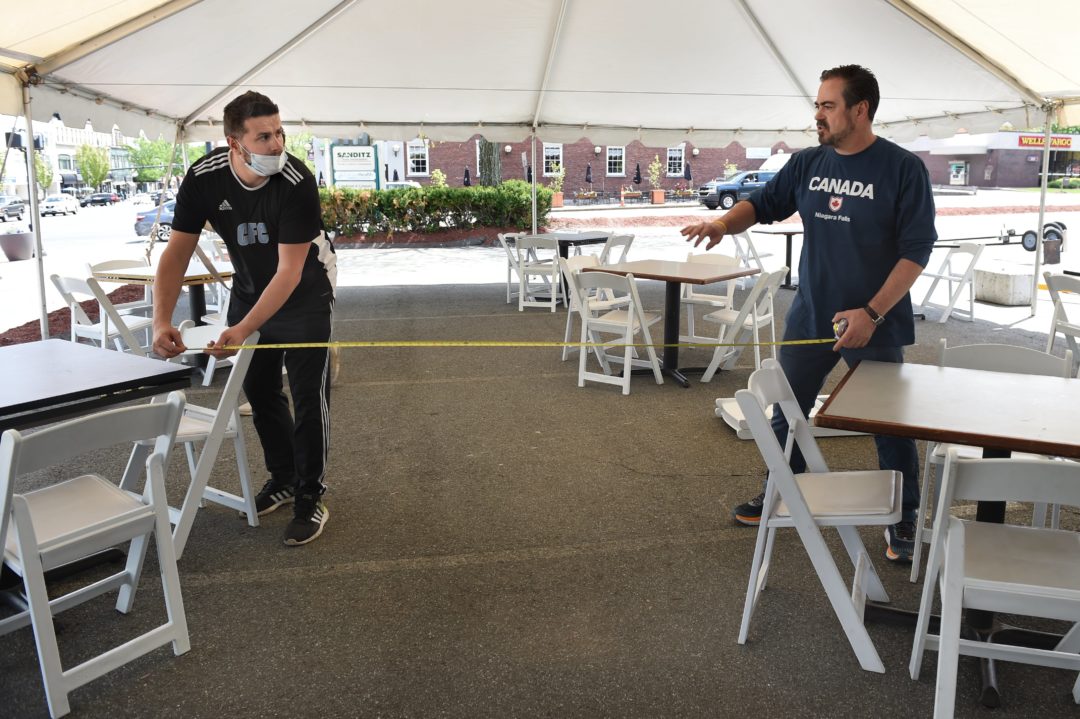 With the restaurant industry desperate for help, Gov. Ned Lamont told a business audience Wednesday that his administration is planning at least another $25 million in COVID-19 aid for small businesses in addition to the $50 million in grants now being processed.

He spoke to the Middlesex Chamber of Commerce at a virtual luncheon an hour before House Republicans proposed their own $50 million grant program and other relief measures for restaurants and bars. Lamont told the chamber members he currently had no plans to further limit restaurants, whose indoor dining is restricted to 50% of capacity.

“I have no plans to close anything right now,” Lamont said.

The annual holiday meeting of the Middlesex chamber always draws  an address by the governor, often giving a preview of the coming legislative session. This year, Lamont addressed them via Zoom, sitting at a table by a Christmas tree in the Executive Residence in Hartford. 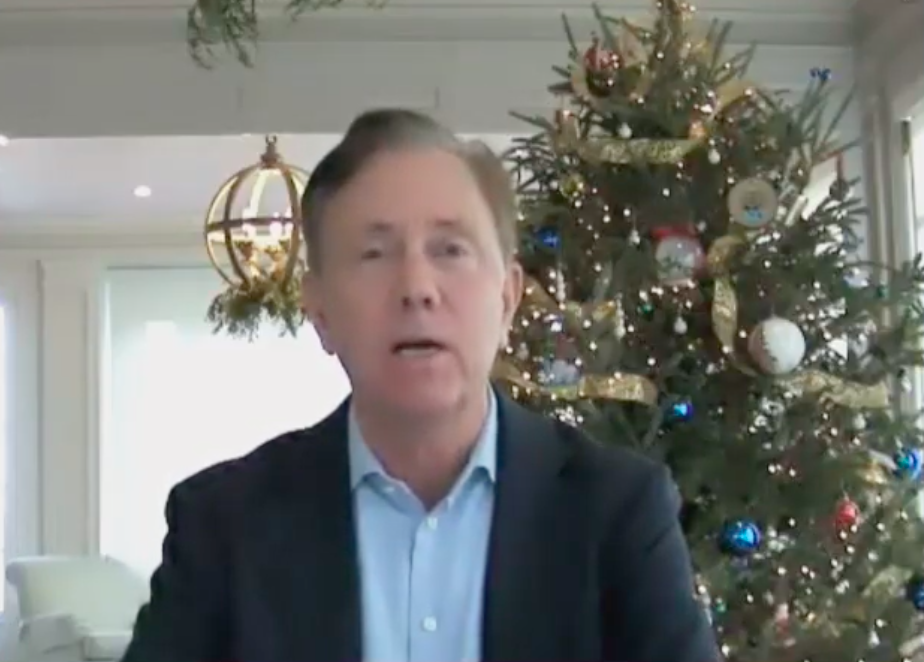 Gov. Ned Lamont spoke to the Middlesex Chamber of Commerce from the Executive Residence.

The hospitality industry has been among the hardest hit by the pandemic, first by Lamont’s executive orders restricting business and more recently by a lack of confidence in the safety of dining out as cases spike.

“Consumer confidence is where it starts,” said Scott Dolch, the executive director of the Connecticut Restaurant Association. “And it’s at an all-time low.”

Data from the online reservation system, Open Table, shows that restaurant business in Connecticut is down 60% in December over the same period a year ago, and about 600 restaurants have closed.

The industry had a decent summer and early fall after the state allowed outdoor dining and limited indoor dining, but the combination of colder weather and a sharp surge in new cases has kept customers away.

September reservations were off by only 3%, but they fell by 18% in October and 44% in November and saw a one-day drop of 76% this month, normally a time for businesses’ holiday functions.

After hinting for days at new aid, Lamont said the administration would be rolling out a new grant program as a follow-up to the $50 million effort that provided grants of $5,000 to businesses with fewer than 20 full-time employees or a 2019 payroll of less than $1.5 million.

The new program would be open to slightly larger businesses. The grant amount was unclear.

“That’s not enough to take care of everybody. It takes care of those bigger businesses, those restaurants, those that are really struggling,” Lamont said. “I hope it’s a bridge to the next round we get from the federal government of paycheck protection.”

The restaurant industry has complained that other northeastern states have done more. New Jersey spent $100 million, with $35 million reserved for restaurants and grants of up to $20,000. Rhode Island spent $60 million on grants of up $30,000; Massachusetts, $50.8 million, with grants up to $75,000.

In the spring, Connecticut made $41.8 million available for bridge loans in an anticipation of the grants from federal Paycheck Protection Programs. More than 2,100 companies participated.

Connecticut also has ramped up its Shared Work program run by the Department of Labor, providing aid to companies that cut back on employee hours instead of laying them off.

“Maybe you can only afford them half-time. Keep them on board half time. Contact the Department of Labor — Shared Work. We’ll pay for the other half.”

From March 13 through Dec. 2, 1,300 companies with 31,000 employees have applied for Shared Work help. That is a six-fold increase over less than nine months, compared to the previous full year, said Juliet Manalan, a spokeswoman.

“The bars and restaurants on our Main Streets are critical to local economies, drawing people to our communities and nearby businesses while providing vital income for thousands of residents,” said House Minority Leader Vincent J. Candelora, R-North Branford. “They’re hanging on by a thread — taking action as early as possible in the legislative session could be critical to the survival of many of these businesses, most of them desperate for the state to take action that will show them that we’re partners in securing their future.”

Candelora did not say how much eligible businesses might receive, adding that grants would hinge on the number of applicants.

The program could be supported, he said, from unexpended federal coronavirus relief funds already received by Connecticut. If the Lamont administration or the legislature wants to use those federal dollars for other purposes, Candelora added, House Republicans would look to pay for the grant program with an appropriation in the next state budget.

Candelora and Rep. Holly Cheeseman of East Lyme, the ranking House Republican on the Finance, Revenue and Bonding Committee, also proposed suspending state liquor fees and municipal food licensing fees for restaurants that have lost funds, and also granting those businesses a 90-day extension on their property tax payments.

Connecticut municipalities reported to Lamont’s budget office early this summer that about $400 million in local revenues had already been lost or delayed due to the pandemic.

But Republican leaders said the best way to protect local property tax receipts is to keep businesses from shutting down for good.

“More than 600 restaurants have closed — this is an issue that should unite all of us, and I’m hopeful for a bipartisan push toward recovery by a re-engaged legislature,” Cheeseman said.

The GOP proposal also calls for the state to partner with banks and create a low-interest loan program for struggling restaurants and bars.