Richard Foley, a GOP chief who taunted the FBI, dies at 71

On his way to prison in January 1994, the 44-year Richard Foley said he knew how his obituary would begin: There would be a mention of his service as a state lawmaker and Republican state chairman, followed by the fact he was convicted of taking a bribe.

Dick Foley wasn’t known for flinching. He was the blue-collar guy who led the state GOP from 1989 to 1992, when Connecticut was a presidential swing state and the party struggled to decide if its future was in Fairfield County or the post-industrial Naugatuck Valley.

When it became clear in late 1992 that he was in the crosshairs of the FBI, Foley called a press conference to call the feds bumblers and bureaucrats. “We’re going on offense. Put up or shut up,” Foley said. “They picked on the wrong mick.”

The quote ended up on the wall of a semi-secret office the FBI kept for a time in Waterbury, a corruption target. Foley was convicted of four felonies in connection with $25,000 he accepted from two corrupt businessmen, a developer and a banker.

When asked for an interview before he left for prison, Foley said, “Yeah, why not?”

Foley, 71, was found dead at his condominium in Danbury on Saturday. His friend, Ben Proto, said Foley’s daughter called with news of his death. No cause was immediately evident.

He came head-on at pretty much everything, from politics to prison. He had an Irish memory, forever remembering friends and foes. He was a state representative, a salesman and a student of human behavior.

His conviction was overturned on appeal, and Foley managed a second act in political life as a lobbyist and campaign consultant. He attempted a comeback last year, challenging J.R. Romano for state chair of the GOP.

He won and lost plenty of political bets. In 1991, he was convinced that passage of the income tax by a Democratic legislature and an independent governor, Lowell P. Weicker Jr., would be the GOP’s ticket to the majority. It wasn’t.

“I talked with him earlier in the week,” said Proto, who joined Foley in the 2018 floor fight at the GOP state convention that led to Steve Obsitnik of Westport obtaining enough delegate support to join the party primary for governor. “We were going to have lunch next week. He was a dear friend. He was the kind of guy you wanted to have as a friend.”

Proto said that Foley was steeped in Connecticut’s political history and was among the very young Republicans who, in the early 1970s, made up Gov. Thomas Meskill’s “kiddie corps.”

“He was the most-loyal, steadfast person you could find,” Healy said Saturday. “I am grief-stricken because I lost one of my best friends. You either loved him or hated him, and those of us who loved him, we would have done anything for him. He loved to have fun, and he loved to laugh at the absurdity of things. You always ended up laughing during a conversation with Dick Foley, at some point.” 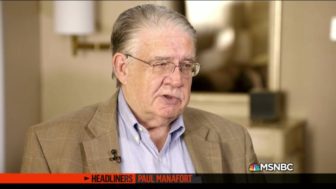 Foley was blunt, often coarse. He had no patience for the timid or cautious. To them, he would say, “If you want a guarantee, then buy a f—— refrigerator.”

He could be flippant, but his advice to candidates seeking counsel on issues of morality was not: figure out where you stand; don’t be cute; your constituents will tolerate a principled difference.

He offered himself as an example. For 10 years, he represented a conservative and largely Catholic district, but he was more pro-choice than pro-life in his voting.

His legal troubles came from an association with Richard D. Barbieri Sr. and John A. Corpaci, key figures in a Waterbury corruption scandal. They told the FBI they had built a favor bank with politicians as they established a real estate and banking business.

To curry favor with a bigger banking chain, they said they paid Foley $25,000 to help pass a bill liberalizing state banking laws. The story had some holes: Foley, for one, was in the minority. Second, he voted against the bill and urged its defeat.

Foley never denied accepting ten $2,500 payments, but he insisted they were a consulting fee in return for seeking tenants for a commercial property. He was convicted and sentenced to 40 months in prison.

He went to prison uncertain about winning his appeal.

Over coffee at an Abdow’s Big Boy on the Silas Deane Highway in Wethersfield, Foley talked for three hours about prison and his expectation he might have to serve three years before qualifying for a good-behavior release.

He smoked a cigar, one that he promised would be among his last. He was loud. An elderly woman in the next booth gave him a long sideward glance, mouth agape.

Foley talked about quitting tobacco, losing weight. If he was going to lose three years going in, perhaps he could gain five more on the back end by clean living.

But he had no illusions about how he would be remembered, even if he won his appeal.

“In most situations, death pays the debt. Not in this one,” he said. “This one you pay after you die. That’s hard. That’s hard. But that’s one you gotta accept. That’s the way it’s going to be.”

A federal appeals court voted 2-1 in January 1996 to overturn his conviction, concluding he had been improperly charged under statutes that covered the illegal acceptance of federal funds.

Foley served four months in prison, then was freed on bond during his appeal.

Ken Dixon of Hearst Media contributed to this report.