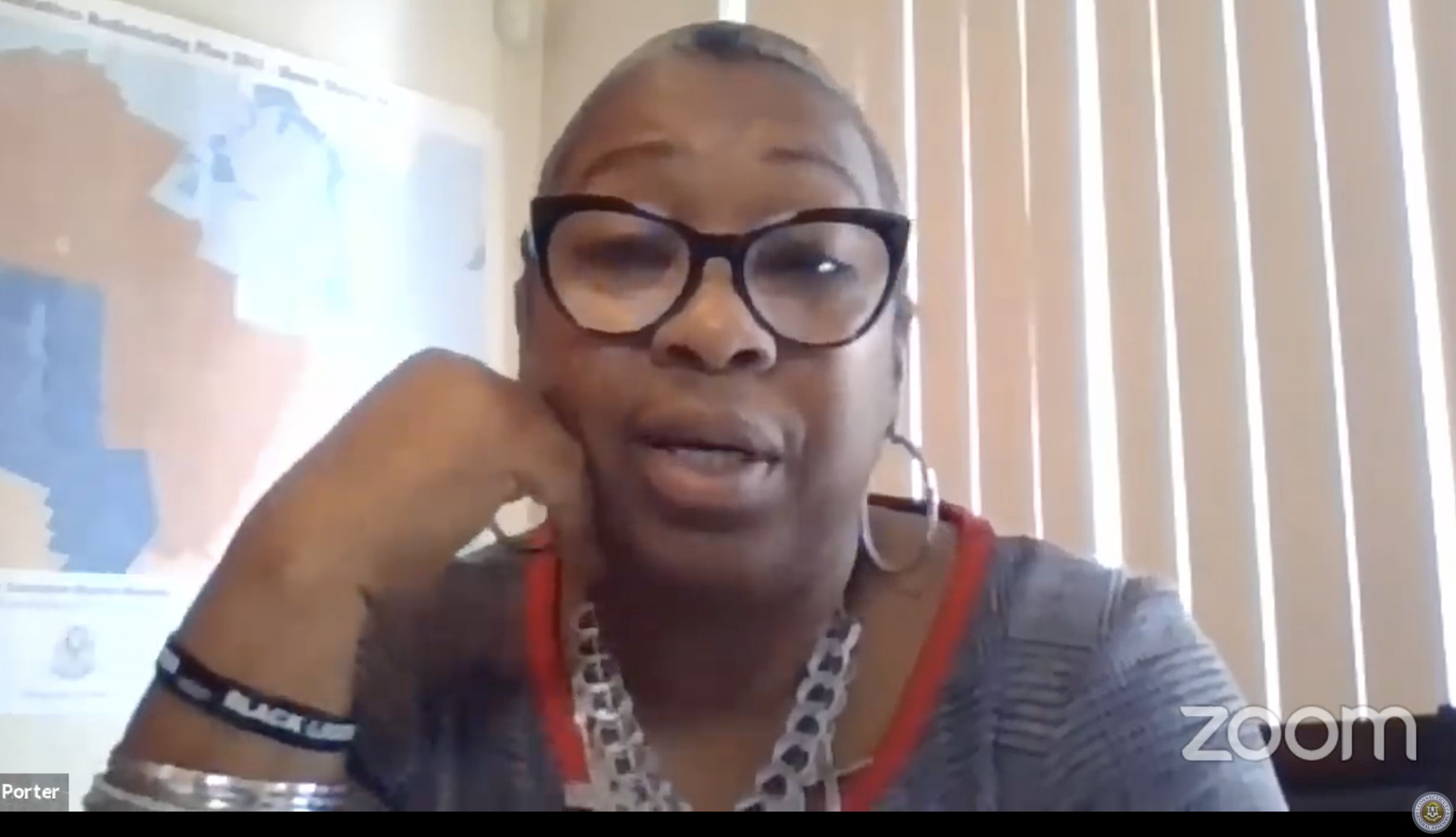 “I don’t have experience in being a police officer. But I would like to state that I do have experience being a victim of excessive force, and in my opinion, for no good reason, other than the color of my skin,” Rep. Robyn Porter, D-New Haven, said during Monday’s virtual hearing.

Members of the Judiciary Committee heard testimony Monday from police officers and Connecticut’s top prosecutor on two bills that would make minor changes to the police accountability bill passed in the summer’s special session.

One of the proposals would alter the appointment process of the inspector general, a new independent prosecutor who will investigate deaths in police and corrections custody and, if necessary, pursue criminal charges.

The other bill would change some of the wording of the updated use-of-force statute that narrows the circumstances in which officers can use deadly force. It would also push back the implementation date of the new use-of-force standards, from April 1 — less than 40 days away — to  Oct. 1, 2022, giving officials the time to train the nearly 9,000 police officers across Connecticut on the new law.

“We’re now faced with the task of training police officers to operate on this new legal standard. And this represents a change in a long-standing principle by which every Connecticut police officer has previously been trained, some for many, many years,” said Keith Mello, the chair of the Police Officer Standards and Training Council and chief of Milford Police. “It’s critical that we have the time so we can provide clarity, direction and guidance to our officers.”

Asked what would happen if the law stayed as it was written, with an implementation date of April 1, Mello was blunt: “We’re not ready.”

Mello also spoke in support of several modest changes in the proposed legislation. He asked that legislators tweak some of the wording in the new use-of-force standard to remove ambiguity and give police officers greater clarity on when they could exercise deadly force.

One such modification would ask police to “consider the reasonable alternatives to deadly use of force,” as opposed to “exhaust” those alternatives, as the law is currently written.

“When we look at the word ‘exhausted,’ it’s ambiguous in the sense that it creates an expectation in the minds of police officers,” Mello said, explaining that officers are concerned they will need to “move from one alternative to the next” in situations that require quick decisions, even if some of those alternatives are not appropriate for the situation.

“Are they going to be criminally liable because they didn’t use a lesser and disproportionate technique?” Mello asked.

He also spoke in support of a provision in the bill potentially allowing police to use deadly force against individuals who have a “deadly instrument.” As written, the law allows them to use such force against someone who has a “deadly weapon,” provided the officers’ actions were “objectively reasonable under the circumstances.”

Mello said this was important because “we’ve had assaults and we’ve had homicides where people have had their heads bashed in.”

Mello faced questions from a number of lawmakers, including Rep. Robyn Porter, D-New Haven, who expressed concern that some of the changes were mere “wordplay.”

“I want us to be mindful that this law was enacted due to the disproportionate use of force in communities of color, especially deadly force,” Porter said, naming several people who had recently been killed by police. “Connecticut has a problem.”

Porter said the new law was not to condemn the work that police across the state are doing but rather to hold police who engage in misconduct accountable, “and to provide the public, especially the Black and brown communities that have been subjected to police brutality, some transparency, and some comfort and some safety.”

Doing so will send the message that the state will not let police “go rogue,” Porter said.

“I think it’s fair to say that [policing] looks different in New Haven than it does in Willimantic, or Easton or Cheshire.”

The other bill the committee heard comments on Monday dealt with the inspector general, an independent special prosecutor who would investigate deaths in police and corrections custody. The Criminal Justice Commission deadlocked between two candidates in interviews conducted in September, stalling the appointment process. The special prosecutor’s office was supposed to be up and running by Oct. 1, 2020.

The proposed measure would address that, allowing the chief state’s attorney to cast a deciding vote in the event of a tie. Whoever is nominated for the position would ultimately be appointed by the legislature via a concurrent resolution.

“The IG is an important office for the state and for the Division of Criminal Justice,” Colangelo said. “It’s going to help gain back the trust that has been lost in the system. So we want to make sure that the individual is able to do their job in a way that’s not going to be hung up in litigation or questioned in any way.”

Colangelo said he asked appellate attorneys from the Division of Criminal Justice to analyze the statute and said he was confident that the constitutionality of the law as it is written is questionable.

Rep. Steven Stafstrom, D-Bridgeport and co-chair of the Judiciary Committee, said he didn’t think it was appropriate for the Judiciary Committee to select an inspector general from two nominees, which is in part why they didn’t take any action after the Criminal Justice Commission sent them two names last fall.

“The Commission’s job is to send us a nominee and say, ‘This is the person who should be the Inspector General,'” Stafstrom said, after which the Judiciary Committee would give a “thumbs up or thumbs down.”

“But we don’t get to pick. We don’t do the hiring. We don’t go out and interview or take resumes,” Stafstrom said. “Frankly, it’s not that different from what we do with judges, workers comp commissioners, or any other number of appointments of folks within the judicial system. They are selected, vetted by somebody else, and then come to us for an up or down vote.”

The Committee did not vote on either bill.

“Both of these bills represent statutory issues that have a lot of time sensitivity to them,” said Sen. Gary Winfield, D-New Haven and co-chair of the committee. He said the issues raised in Monday’s public hearing will likely be an ongoing discussion, even once the bills are passed out of committee; he expects there will be other efforts to undo the police accountability bill during the session.

“These were the time-sensitive things where we might be able to find agreement, consensus, whatever the case may be,” Winfield said. “We put these separately so they wouldn’t get caught up in the disagreement, war, whatever you want to call it, that might come up with the other stuff.”