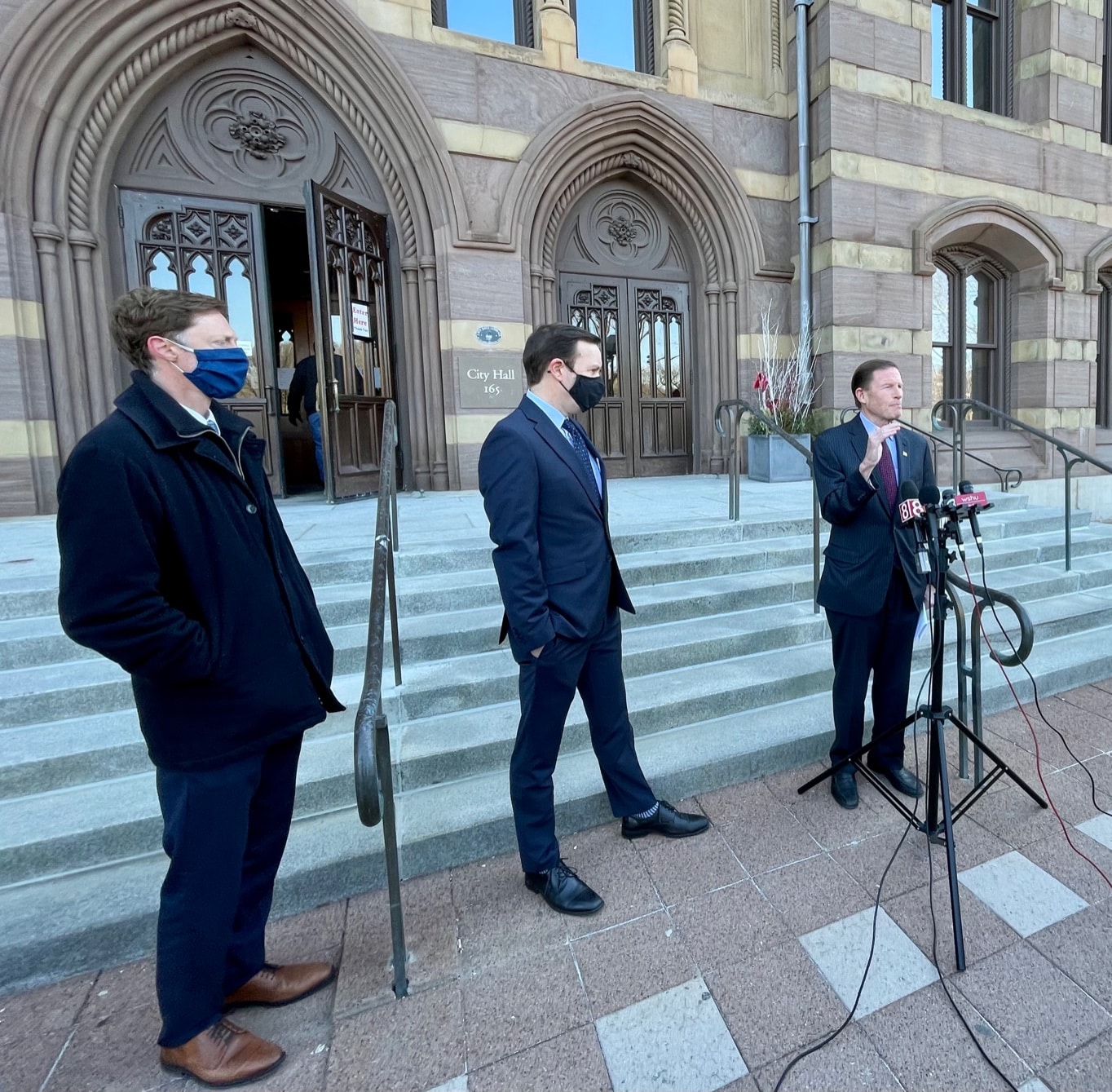 But they also acknowledged that some key provisions, notably a temporary child tax credit projected to dramatically shrink child poverty, will fuel demands for permanent changes in how the state and nation address poverty and economic inequality.

The package includes an expanded child tax credit sought for nearly two decades by U.S. Rep. Rosa DeLauro, D-3rd District, now in a position of fiscal influence as the new House Appropriations chair in her 30th year in Congress.

“The moment has found us,” DeLauro exulted on Twitter.

The Center on Poverty and Social Policy at Columbia University estimates that the credit, paying many parents $300 a month over the next two years, will reduce child poverty by 45% overall and 52% among African-Americans.

The two-year tenure raises the obvious questions: What then? Will those children be consigned to return to poverty? Should, or can, Connecticut pick up some of the slack by beefing up its own earned-income tax credit?

Lamont, who is expected to be a candidate for re-election next year, said he was encouraged that some elements of the package would play out over two years or more, not only providing much-need relief but providing a laboratory for state and federal policy makers.

“We might see things that work and things that are going to be able to continue forward, either with federal support or at the state level. Look, two or three years out, we’re going to have a different economy and … more growth,” Lamont said. “We’ll be able to step up more.”

On a party-line vote, the evenly divided Senate passed the bill over the weekend, giving Biden his first major legislative victory. Passage by the Democratic-controlled House is expected Tuesday or Wednesday.

Until detailed guidance is issued by the Treasury, state and local officials said, they will not know precisely how much discretion they will have over more than $4 billion expected in Connecticut, about $2.6 billion in relief for state government and $1.6 billion for municipalities.

Blumenthal, Murphy and New Haven Mayor Justin Elicker talked to reporters about the relief at a late-morning news conference outside City Hall. Murphy joined Lamont and his budget chief, Melissa McCaw, on a video conference briefing at 4 p.m.

Murphy said some of the aid earmarked for school systems will pay for counseling and other services, a recognition that the educational and emotional deficits left by distance learning or interrupted classroom learning over two academic years pose long-term problems.

“The good news is that the education dollars can be spent over a number of school years,” Murphy said. “And so, there are some cases in which the education dollars can be spent into the 2024 school year and beyond. We recognize that you can’t make up learning loss in a year, you can’t deal with the emotional trauma of not being able to be with your peers or being at home in an unsafe environment in a year.”

“We have to recognize that this plus-up of federal money is not permanent. So I think schools have to think twice before they hire more classroom teachers,” Murphy said. But the funding is sufficient to hire social workers and special-education paraprofessionals for two years, he said.

Lamont and McCaw, who oversees the state budget as secretary of the office of policy and management, each said the state will not make the mistake of a dozen years ago, when the state relied on 2008 recession stimulus money to balance the budget, contributing to a multi-billion-dollar deficit.

“The American Rescue Plan is two and three years out,” Lamont said. “It would have been really hard on us if it went through the end of this calendar year and then there was a cliff. So this gives us an opportunity to plan accordingly.”

McCaw said the governor’s budget proposal does not entirely rest on one-shot revenue, either from the federal relief or the state’s rainy day fund.

“The governor did that intentionally to avoid the cliff effect,” McCaw said. “Secondly, all of this funding that’s being poured into Connecticut’s economy is all geared towards getting us back towards full employment and building our economy, which will help us to recover the lost revenues and to put us back on the trend of growth.”

Murphy said tax credits have a way of becoming permanent, especially if they prove to be politically popular and beneficial to a wide swath of America.

“My hope is that Congress is going to choose to extend this increase in the child tax credit and make it permanent. I think we are going to see the immediate benefits of lifting half the kids who are currently living in this country in poverty out of poverty,” Murphy said.

The moment has found us.

We are days away from lifting millions of children out of poverty. https://t.co/tNji5fUIjW

DeLauro, the author of “The Least Among Us, Waging the Battle for the Vulnerable,” has pushed for the tax credit from the left, supported by a coalition of Democrats. It also has adherents on the right, notably Sen. Mitt Romney, R-Utah, who has drafted his own plan.

Lamont said that was encouraging.

“I think the child tax credit is transformative, and anytime that Chris Murphy and Mitt Romney agree on something, it probably has some long-term legs to it, so I’d like to think it’s a permanent part of lifting our kids out of poverty.”