Erin Stewart is not running for governor 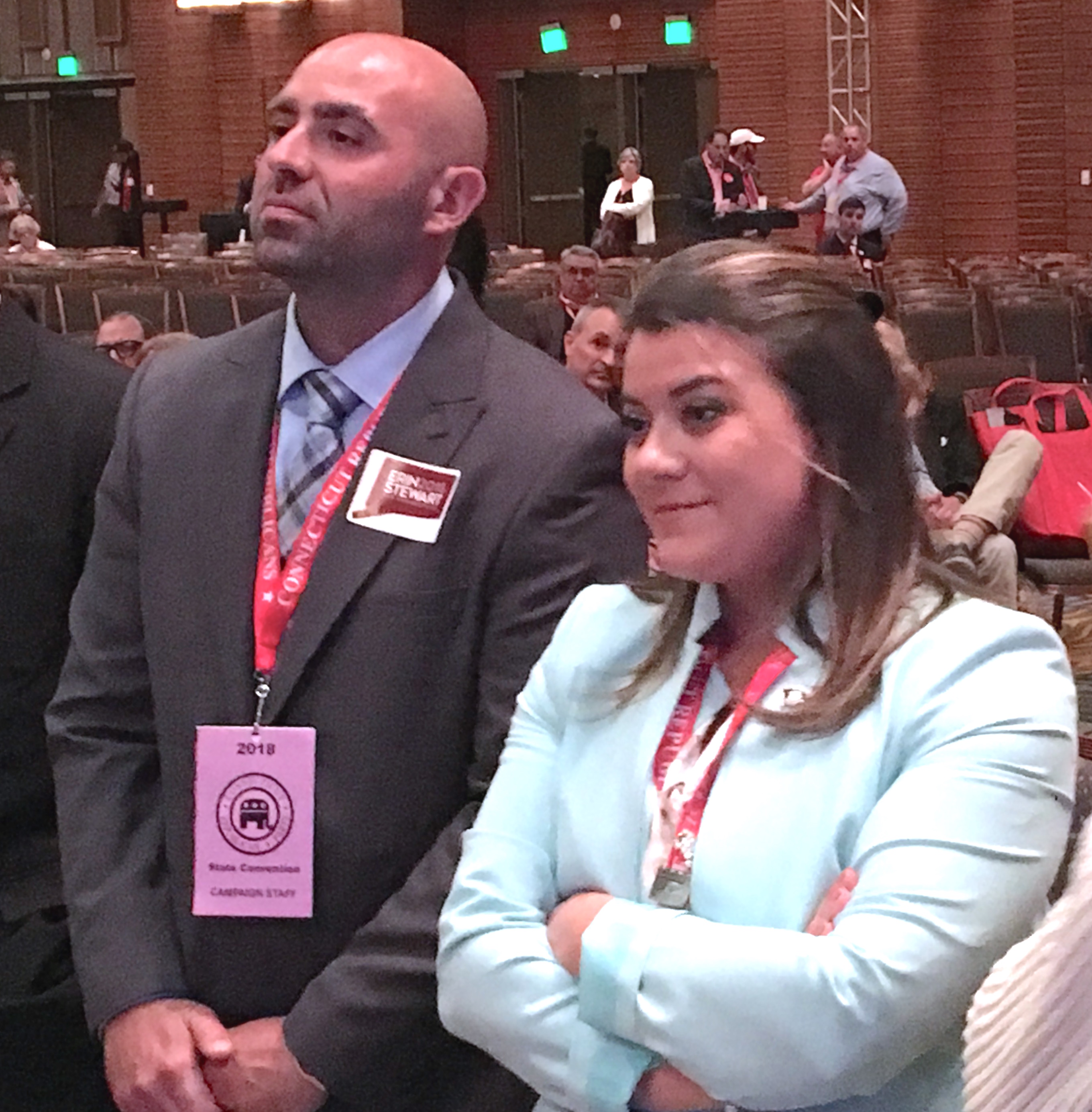 New Britain Mayor Erin Stewart listens to the speech nomination her for lieutenant governor in 2018. She declared a candidacy for governor in March, then switched to LG two months later.

New Britain Mayor Erin Stewart, whose late entrance into the race for the Republican gubernatorial nomination never caught fire in 2018, announced Sunday that she will not be a candidate governor in 2022.

Stewart said she will pursue her previously announced candidacy for a fifth two-year term as mayor of New Britain, a Democratic city where Republicans have been competitive in races for mayor and council.

In a written statement, she offered no reason for the early announcement of a non-campaign. Bob Stefanowski, the GOP nominee in 2018, has stayed active since his loss to Gov. Ned Lamont and is considered a potential candidate, as is former House Minority Leader Themis Klarides.

Stewart, who is 33, said in a statement she and her husband were struggling to balance work and family life since the birth of their daughter last summer. She was unavailable for comment Sunday evening, a spokeswoman said.

“As we are learning, this is no easy task. It is our hope that our family may continue to grow, God-willing, which will only make this balancing act more difficult,” Stewart said in her statement. “The families of all who serve in public office make sacrifices of time and privacy, but forcing marriage and motherhood into a secondary role is not a sacrifice that I’m willing to make at this time.”

Stewart said she expected her “passion for public service” would lead her to seek higher office some day. “But now is not that time,” she said.

As the mayor of a racially diverse Democratic city, Stewart generally has played to the political middle, especially on social issues. It made her intriguing as a potential nominee in a statewide race, but was a liability in a statewide Republican primary.

Stewart accepted an invitation to visit Donald J. Trump in the White House to promote federal opportunity zones three years ago, but she offered no support for Trump’s struggle to overturn the presidential election of Joe Biden.

She found herself attacked from the right when she offered Biden congratulations.

While her success in New Britain shows cross-over appeal, Stewart stumbled in 2018 by announcing for governor in March, then shifting course on the eve of the statewide nominating convention in May and declaring for lieutenant governor.

“When the numbers don’t work, they don’t work,” Stewart said of the crowded race for governor.

She qualified for a three-way primary with Joe Markley, then a state senator from Southington, and First Selectwoman Jayme Stevenson of Darien for lieutenant governor. Stewart finished second behind Markley, with 33% of the vote.