The Bushnell sees the post-COVID curtain going up in October 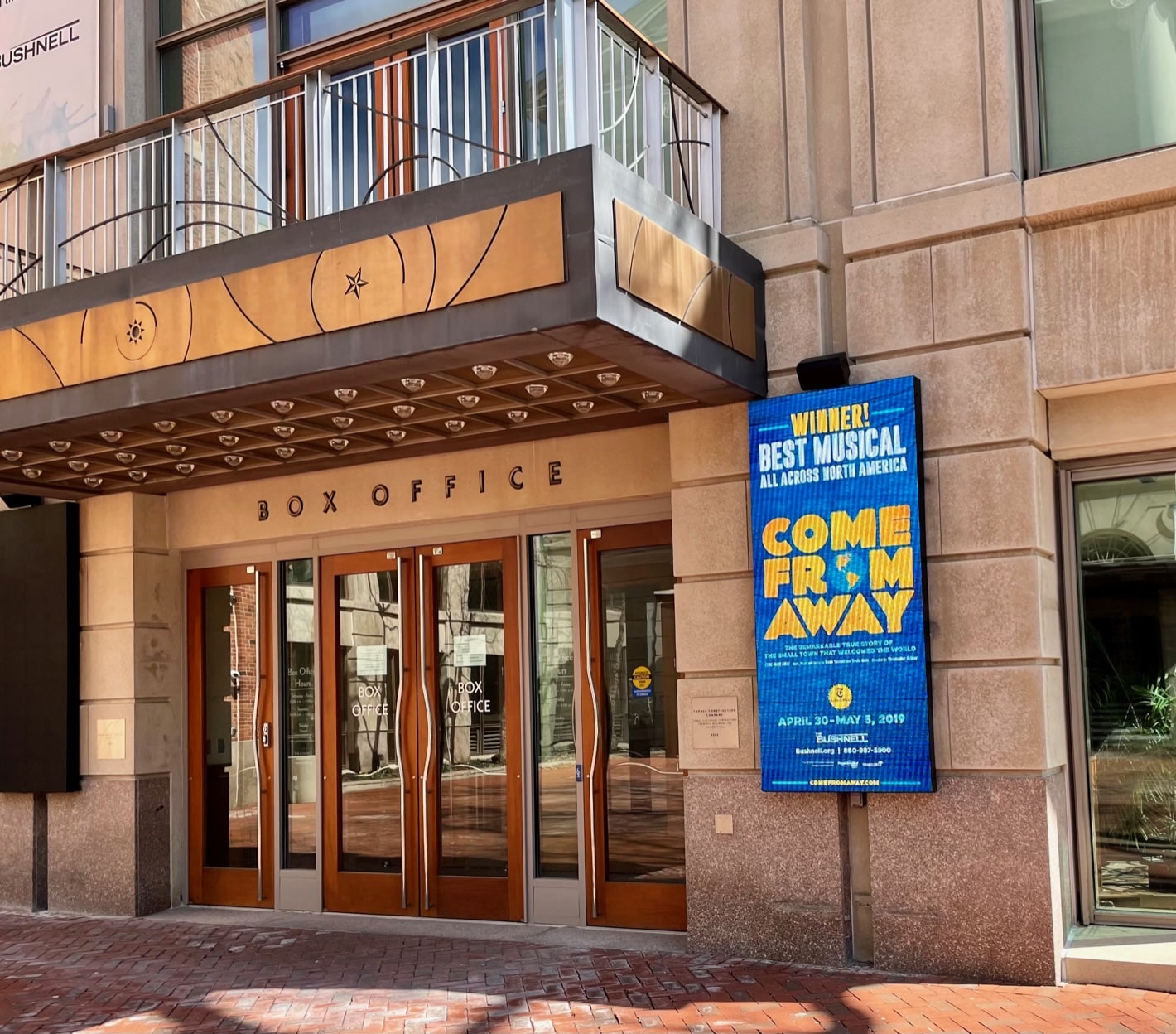 The video screens advertise Broadway shows that played Hartford in 2019.

Outside the Bushnell Center for the Performing Arts on Friday, poster-sized video screens flashed bills for the “Sound of Music,” “Come From Away” and other Broadway shows that played in Hartford in 2019, the last uninterrupted season before COVID-19 shuttered theaters across the country.

Back then, the Bushnell’s longtime chief executive, David Fay, saw only good things ahead. The mega hit “Hamilton” was coming back, debt from a 2001 expansion was nearing retirement, and the venerable theater and its CEO were anticipating milestone anniversaries.

“We had literally the best season lined up we’ve ever had in the 90-year history of this institution,” said Fay, whose 20th anniversary is this spring.

“And all of a sudden,” Fay said, “it came crashing down.”

Fay was in a celebratory mood Friday. His customers are getting inoculated, federal aid is expected to be on the way soon, and he is anticipating restrictions on theaters to be lifted in the fall. Welcome news came while he was chatting with reporters, a small moment of theatricality.

Catherine Marx of the Small Business Administration, U.S. Sen. Richard Blumenthal and Hartford Mayor Luke Bronin were with Fay when word came on Marx’s phone that applications can be made beginning April 8 for federal aid to shuttered theaters. 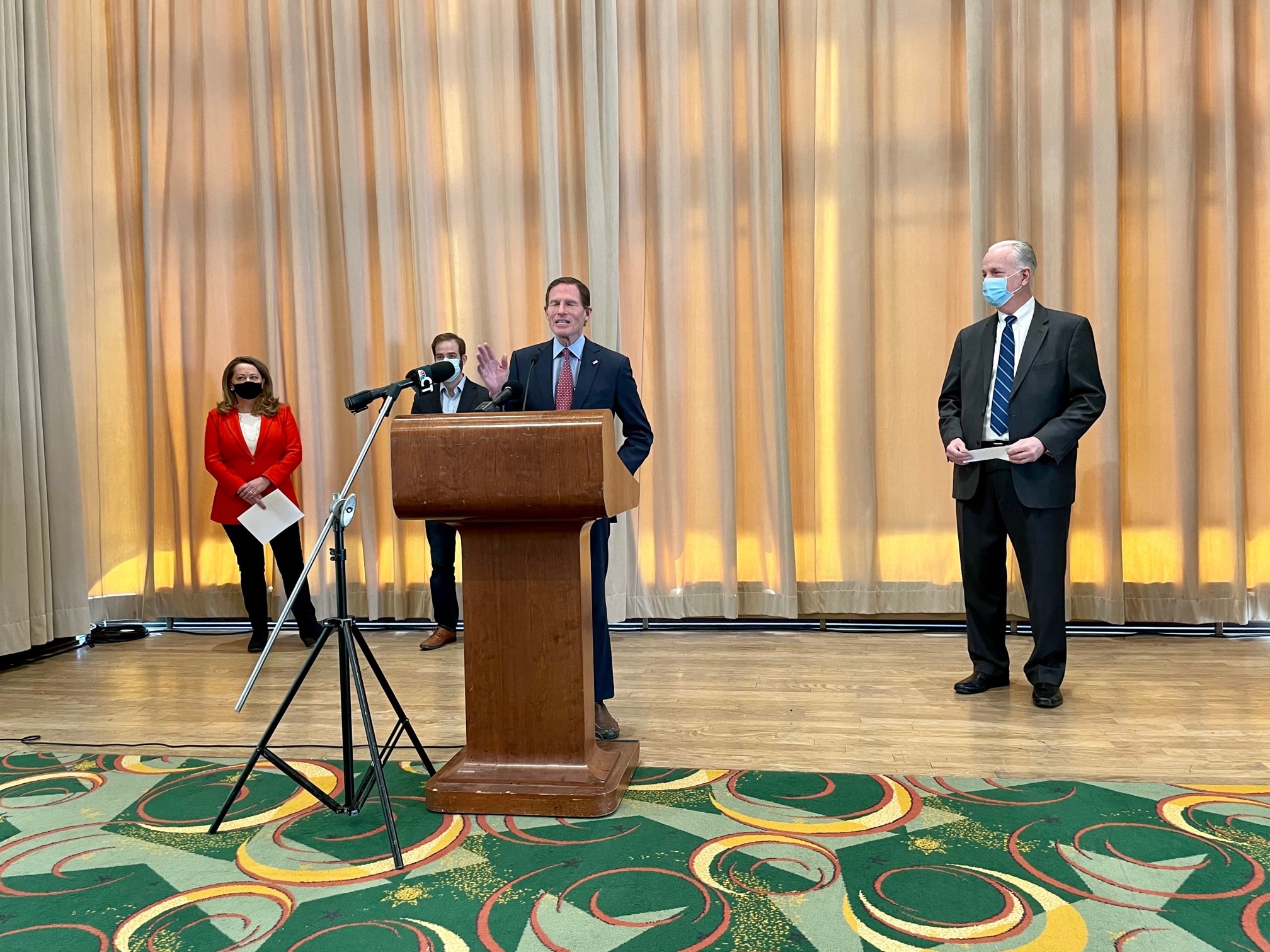 The pandemic relief package passed in December had $15 billion for shuttered venues, and the most recent bill, the American Rescue Plan, provided another $1.5 billion. Individual grants will be capped at $10 million.

“All of the arts and theaters and museums of Connecticut deserve this shot in the arm just as we’re giving shots in the arm to people so they can be vaccinated and safe from this insidious, deadly disease,” Blumenthal said.

The American Rescue Plan also has $28.6 billion for restaurants, perhaps the hardest hit sector of the economy. In Connecticut, the second phase of the Paycheck Protection Program has provided $2.4 billion to 30,000 businesses and other entities since January.

The Jimmy Buffett jukebox musical, “Escape to Margaritaville,” is tentatively set to open a new season at The Bushnell in October, and the federal aid will accelerate bringing back staff laid off last year when the theater went dark, the ticket office closed and the only revenue came from donors, Fay said.

The full schedule will be announced in mid-April. “Hamilton,” he said, is expected in 2022.

Currently, movie theaters and performing venues can operate at 50% capacity. The finances of Broadway road shows require that theaters be open to 100% of the capacity, not just in Connecticut, but across the country. 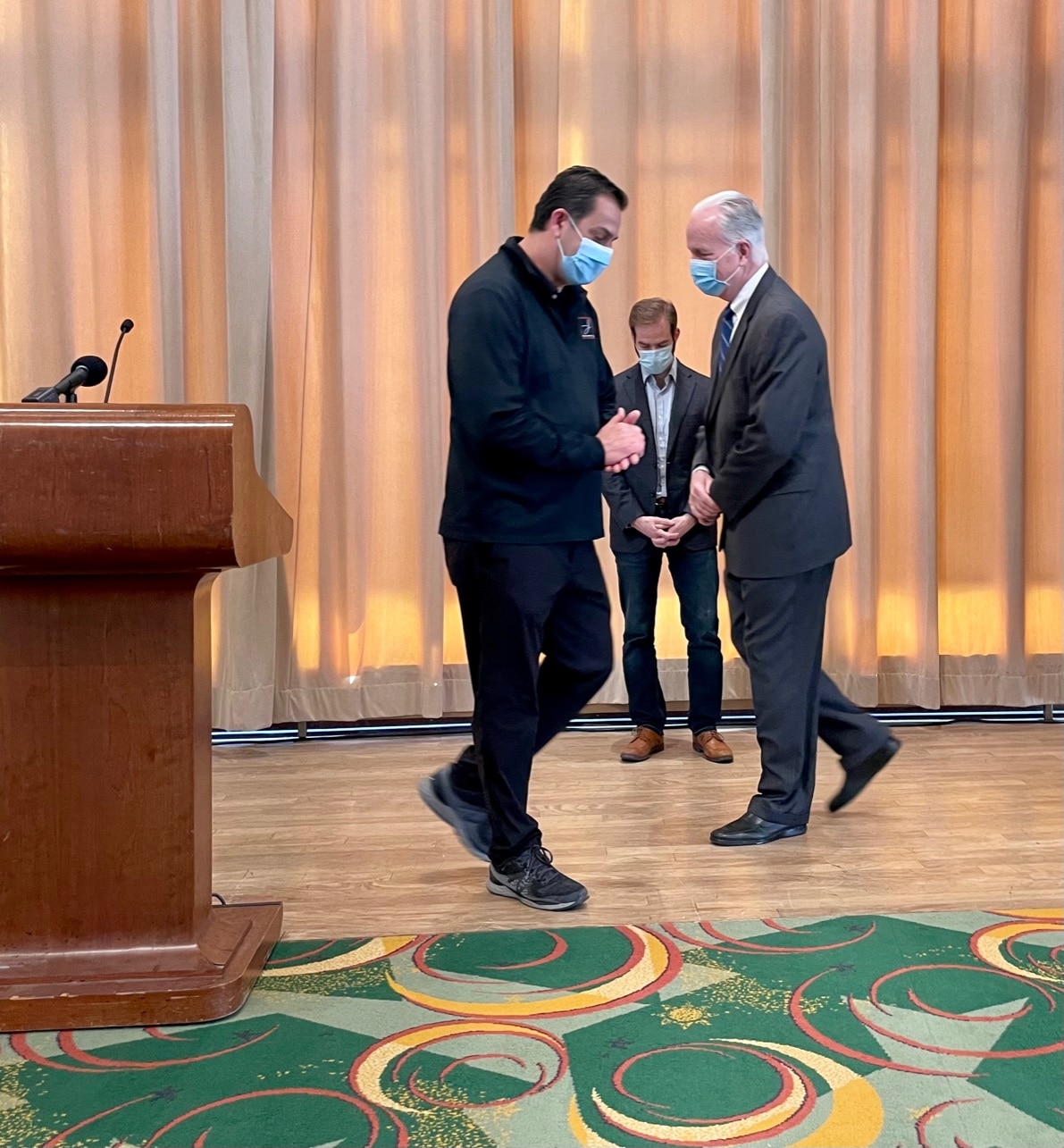 “Financially, it just doesn’t make sense, anything less than 100%,” Fay said. “Because you don’t do 100%, you might on a Friday night and Saturday night. But you know, the other nights you aren’t. So at the end of the day that gross has to be enough to pay for everybody who’s out on the road. And they’re big, big companies.”

On Friday, the state reported 1,207 new cases of COVID-19, a daily positivity rate of 2.87%, as vaccinations were opened to anyone 45 or older. On April 5 there will be universal eligibility in Connecticut.

Bronin said the city is hungry for The Bushnell, Hartford Stage and TheaterWorks to reopen.

“Arts and culture and venues like this are not just ‘nice to haves,’ they are part of the lifeblood of the community,” Bronin said. “They are economic drivers. They generate hundreds of direct jobs and thousands of indirect jobs. They bring people into the city. They help bring folks to amazing restaurants like J’s right around the corner.”

J’s has survived with help from the Paycheck Protection Program and a new takeout business aimed at health care workers. J’s is near Hartford Hospital and the Connecticut Children’s Medical Center.

“I speak for myself and all the other restaurateurs in Hartford, we need the theaters back alive. We need everything going again,” Dikegoros said. “We’ve been struggling.”

Sullivan, a second-generation stagehand and third-generation theater worker, is a per diem employee who last worked at The Bushnell on March 7, 2020.

“I was working 68 hours a week, because the venue was always booking shows and we always had something coming or going,” he said. “I have been going crazy at home.”